A Twitch streamer’s dog managed to draw the spotlight on itself by appearing on the broadcast and immediately taking over with its incessant, yet adorable, demands to be petted.

When it comes to streaming with others, streamers usually just have to worry about someone else in their game trying to stream snipe, keep a watchful eye over Twitch chat, and be careful that they don’t run into any strange situations if they’re out and about in public.

However, when you add animals into the mix, it might be a little hard to have a certain level of control over them. That’s the lesson that Twitch streamer Immortal discovered as his pet made itself the center of attention and completely took over his broadcast. 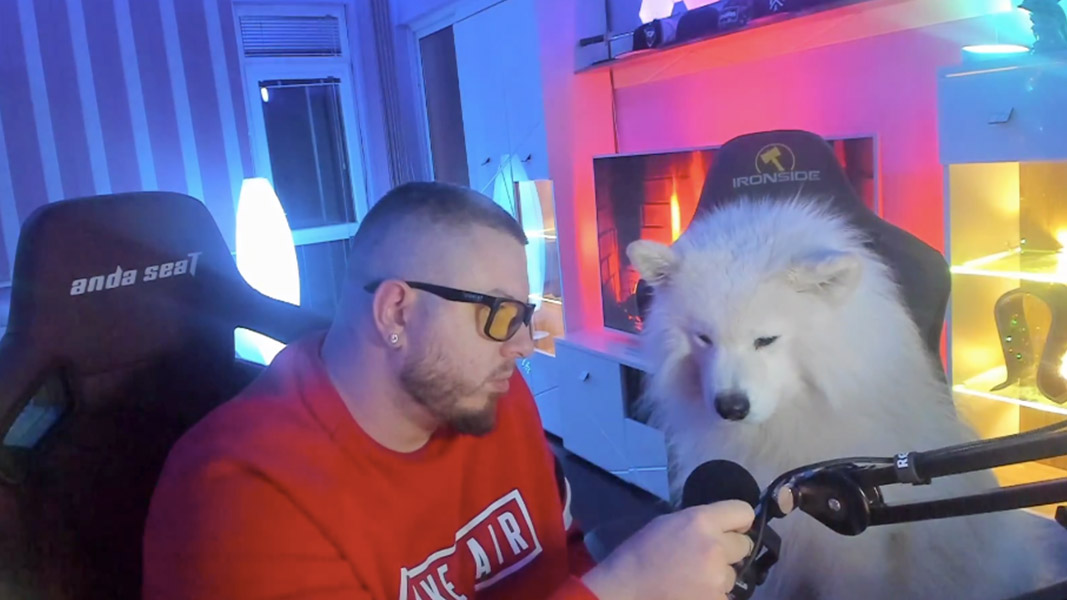 Immortal can usually be found showing his dog on stream.

While his dog may appear on stream every now and again, Immortal pulled up another chair and allowed Arthas to sit next to him during his December 26 stream.

As the streamer sat and chatted with his viewers, he gave his dog a good petting before stopping and proclaiming “that’s enough for the day.” Yet, his pet wasn’t pleased with that at all. With seconds, Arthas started tapping on the streamer’s hand – seemingly asking him to carry on with the petting session.

“Bro, I’m telling you, I’m not going to bring you to the webcam anymore – you’ve been doing this every day now on purpose because you became famous!” Immortal told his dog, who immediately barked at him for another stroke.

The adorable dog, though, won out and got its wish of another round of petting as the streamer gave in and immediately rubbed its chest.

Of course, with a dog being involved it didn’t exactly take all that long for the clip to go viral and increase Arthas’ fame status either further. Who knows, it might not be all that long before the dog has its own dedicated camera on-stream.