A digital artist put a YouTuber on blast after being approached for a hefty animating job — one they would have to pay to undertake.

For the self-employed, being “paid in exposure” is a gruelingly tiresome phrase often thrown around by potential clients who don’t have the cash — or manners — to pay up for the hard work they require.

Subreddits like “ChoosingBeggars” often relay such horror stories, including screencaps of tone-deaf clients claiming that their prices are “too high” or that they should feel “honored” by being allowed to work for them. 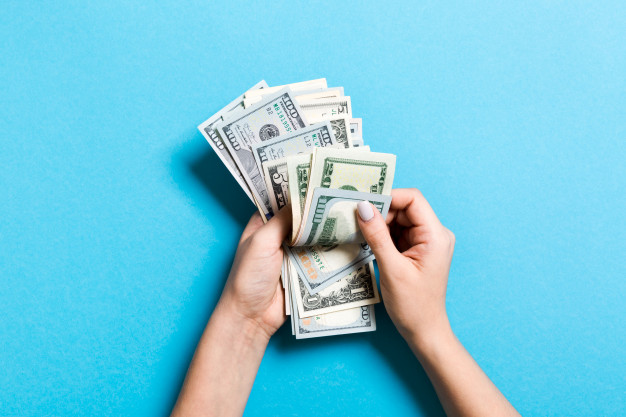 Many freelance contractors and self-employed persons find themselves burdened by clients offering “exposure” as payment for hard work.

One digital artist by the name of “SmooGoo” told a similar tale in late December, just as the holiday season came to a close after they were approached by a YouTuber asking for a boatload of work for a comparatively modest price point.

The client (whose name was blacked out for privacy’s sake) required SmooGoo to create a banner, intro and outro cards, a minimum of five reaction images, three animations, and three badges, making sure to state that their character MUST be correctly referenced in each of the artworks.

The amount they were willing to pay? A whopping $50, for a slew of work, they required to be completed in a mere two-week time frame. 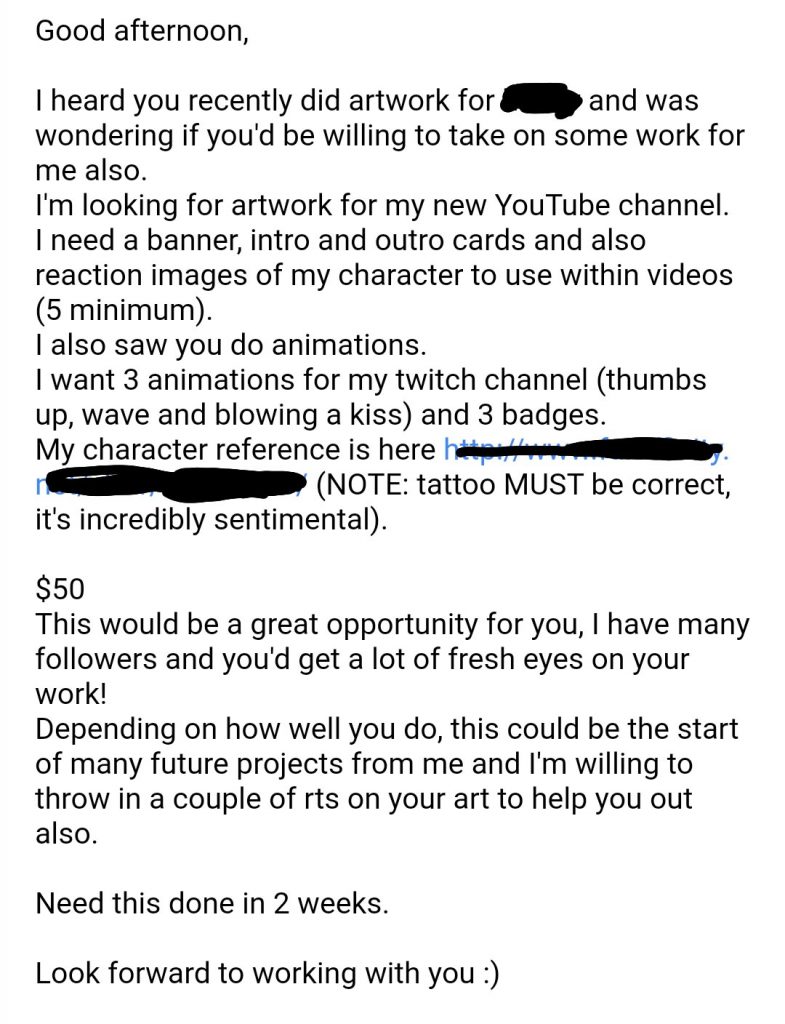 “This would be a great opportunity for you,” the YouTuber wrote. “I have many followers, and you’d get a lot of fresh eyes on your work!”

SmooGoo politely declined their request, claiming that $50 was far too low a payment for such a list and admitting that they were already swamped with other commissions. 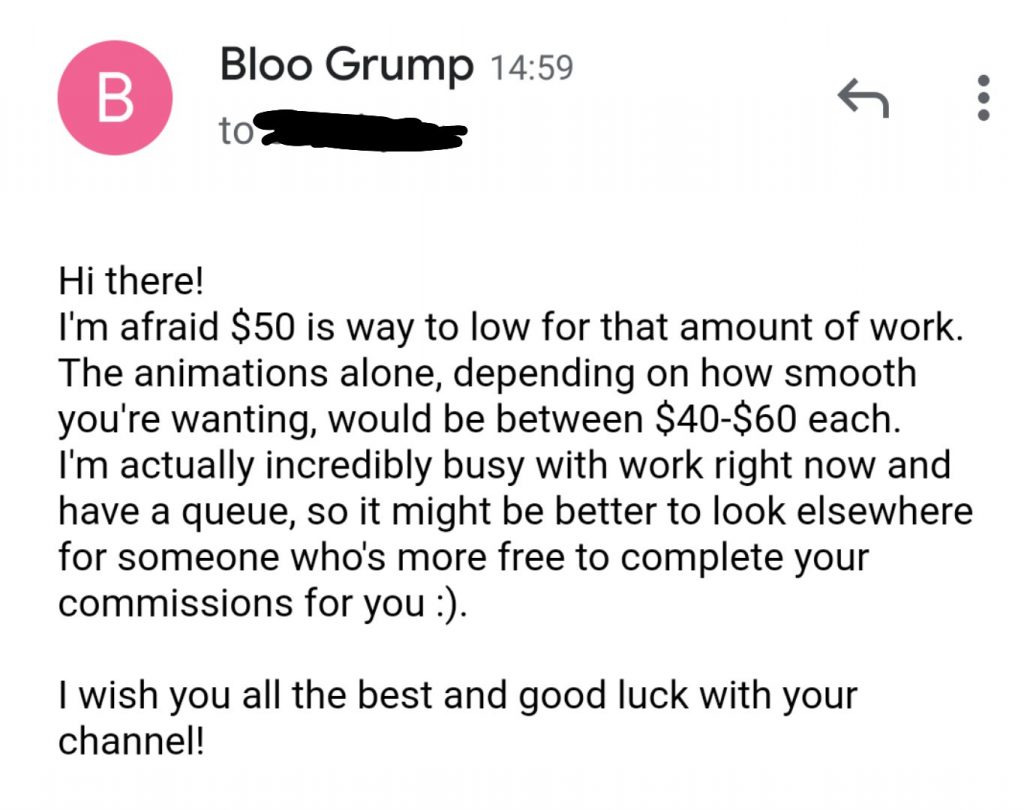 However, it turns out that this $50 fee wasn’t a payment for the artist’s time: instead, it was a fee that SmooGoo themselves would have to pay for the honor of animating the YouTuber’s character.

“I wasn’t offering to pay you,” the YouTuber replied. “I was giving you the offer of paying me to be your promoter. It’s a very reasonable fee, given how big my channel is going to get. …you’ll be sorry if you don’t take up this offer, though!” 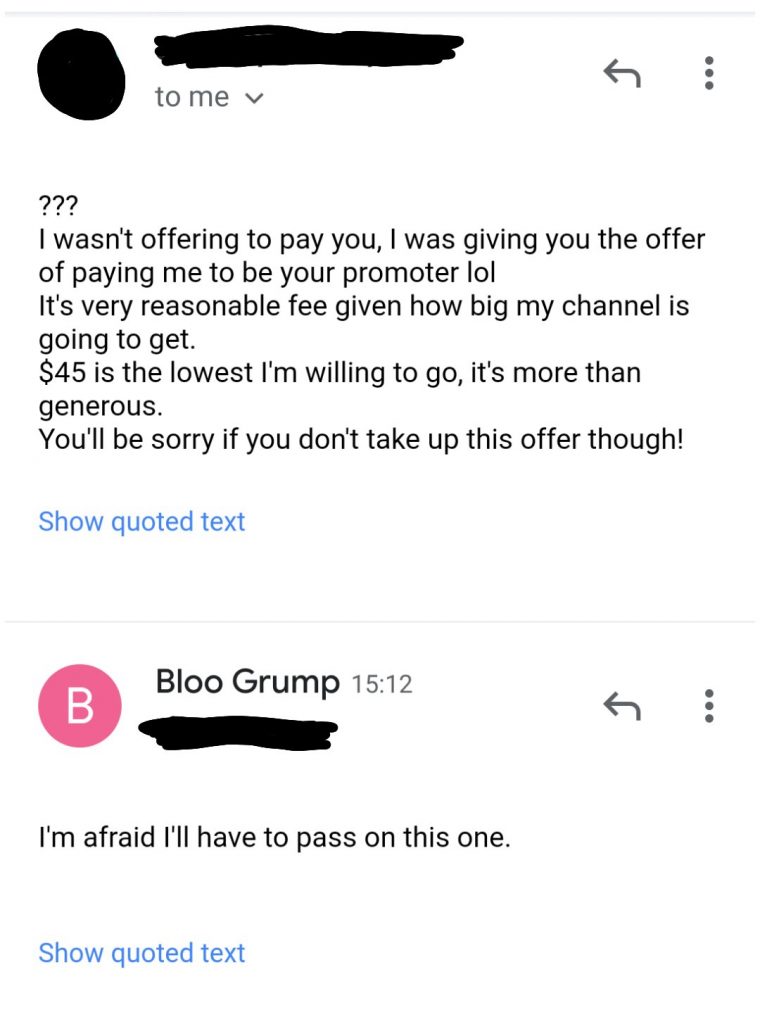 Despite the ridiculousness of the YouTuber’s request, SmooGoo managed to find the humor in such a wacky scenario, claiming they “cried” from laughter over the ordeal — an all too familiar situation for artists across the net.