Dota 2 superfans have gone above and beyond in their post-tournament celebrations.

Sports and esports fans have always been expected to go a little overboard when celebrating their team’s victories. NBA and NFL supporters often pour out onto the streets following confirmation of their championship rings, and party long into the night.

After OG’s two-time success, the one fan in the Philippines has gone an extra step in sharing the glory of his team with the world and made sure no one in his town will forget OG’s near-perfect upper bracket run into history. 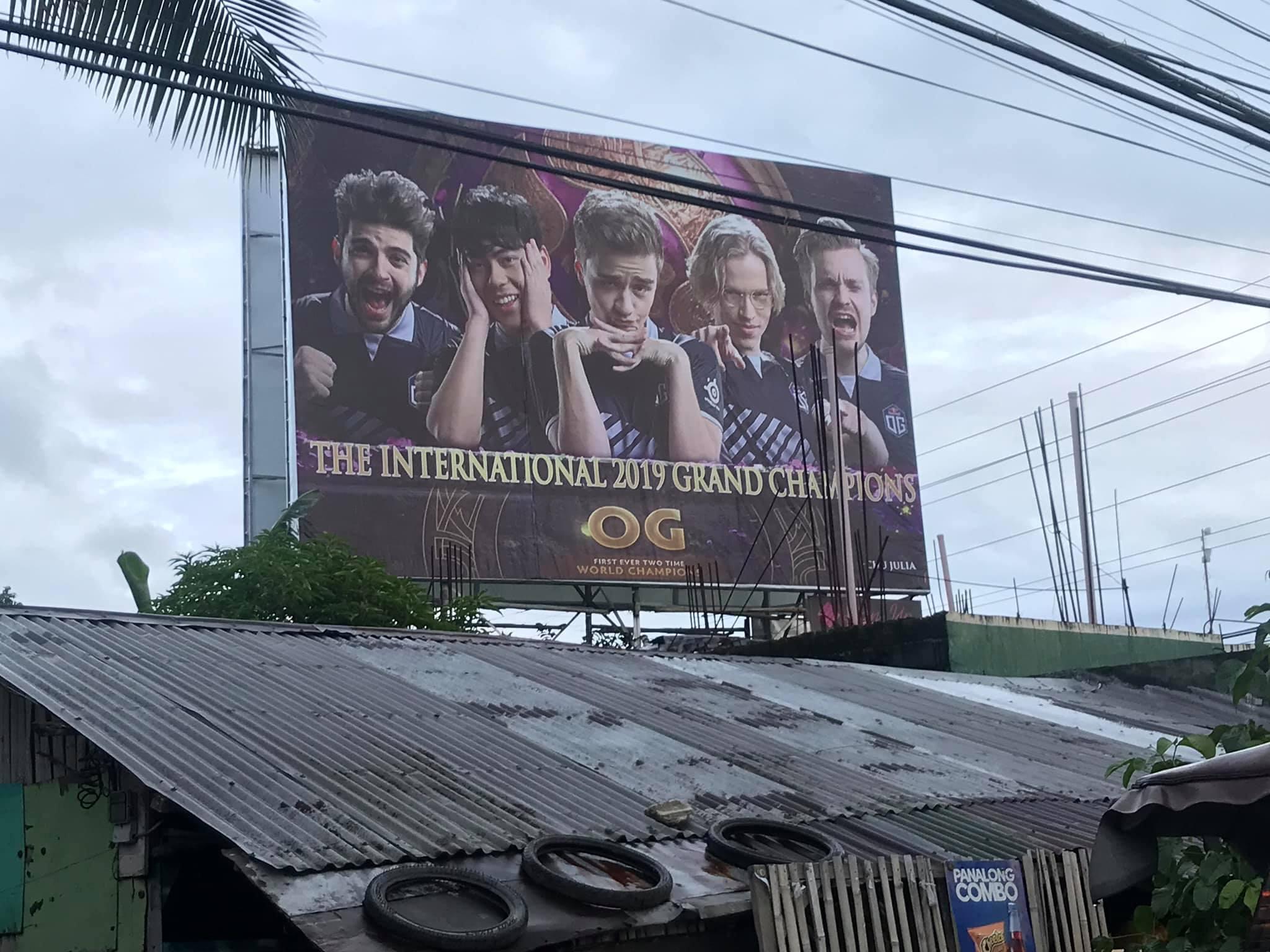 Chu Julia lives in Naga in the Philippines, but he wasn’t going to let that stop him celebrating the European team’s success. The superfan reached out to popular Indian-based artist Wykrhm Reddy, who had created a graphic after OG clinched the $15.5 million top prize.

“Yo sir wyk, can I use this layout?” Julia messaged Reddy. “I’m planning to rent a billboard.”

Reddy – clearly bemused about the situation – gave the Filipino fan his permission, and true to Chu’s word the image was soon towering over a bustling central street in Naga City.

Sometimes a guy messages you with a pretty crazy idea … then actually goes through with it — Only in the Philippines. #TI9 #Dota2 pic.twitter.com/hAarCzJxRD

If ever there was a triumph to celebrate with a billboard and posters in the world of Dota 2, the two-time championship of OG would be it. After their miracle run at TI8 secured them the Aegis for the first time, OG doubled down with a dominant campaign in China.

Not only did the European squad clinch back-to-back titles, but they did so with the exact same roster in 2018 and 2019. There’s every chance we could see repeat champions in the future, and maybe even a few consecutive winners, but to do so with the same team of five players two years in a row is a record that may never be broken. 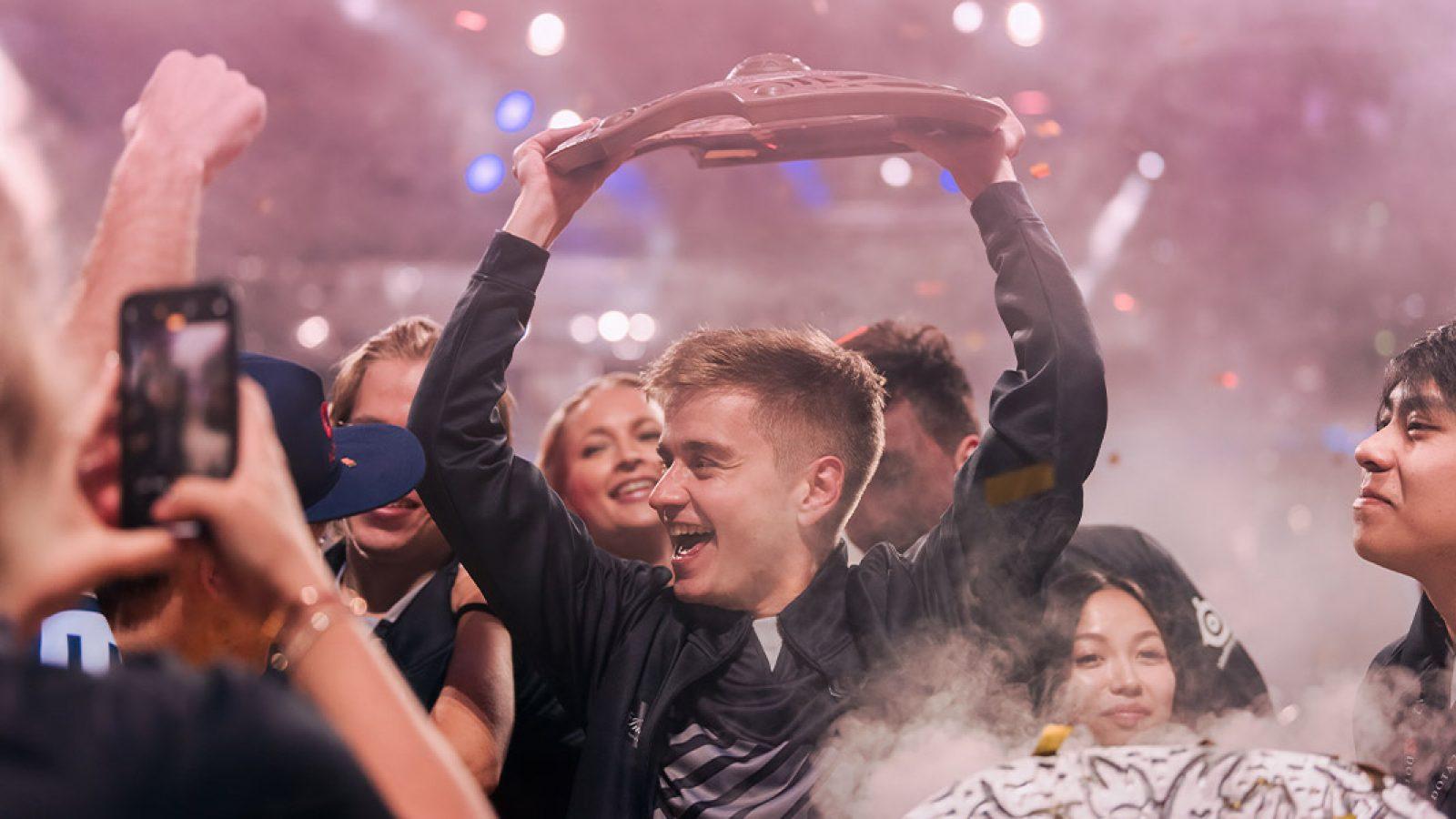 The celebratory billboard also raises another question. The International 10 will be heading back to Europe for the first time since 2011, but with the massive popularity of the game all around the world, should smaller countries also get the opportunity to host the event?

Given a fan has gone to these great lengths to semi-immortalise OG’s win in the Philippines, imagine how regions like South East Asia would react if they had the chance to watch Dota’s biggest tournament right at their back door. 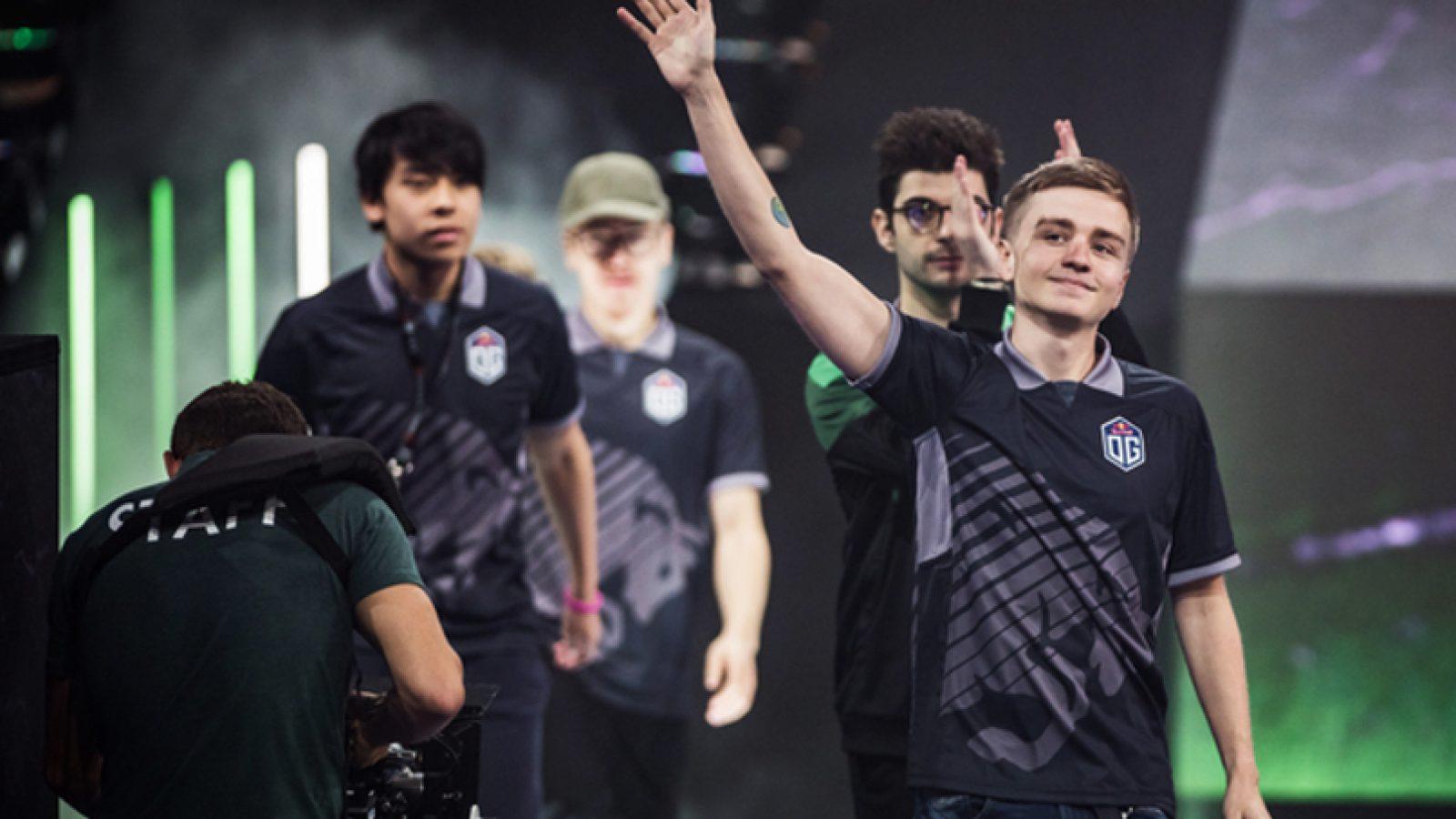 OG made history as back-to-back champions with the same five-man roster.
[ad name=”article5″]

OG’s crowning in Shanghai marked the end of the 2018-19 Dota 2 season. The next event on the Dota Pro Circuit will kick-start the 2019-2020 campaign on November 16, though a location for the event has yet to be announced.