Counter Strike: Global Offensive phenom Oleksandr ‘s1mple’ Kostyliev did his best to relay crucial information to his FACEIT teammates during a January 11 match, making it an instance where “backseat gaming” was actually appreciated.

Nothing is more annoying than a dead teammate in CS:GO muddling up the comms when trying to retake a site – unless that teammate happens to be s1mple, in which case it’s always best to just listen.

That was the case when the Ukranian player tried to give his teammates the exact spots of the enemies’ position in English, but some callouts didn’t translate well which is when he had change up his approach.

The Ukranian superstar’s improvised calls were likened to “backseat gaming,” probably for their rapid-fire delivery.

To tie up the game at six rounds on Nuke, s1mple’s teammates had to perform a 3v2 retake on the B-site. Although he died earlier trying to prevent the Secret push, his game sense was still an invaluable resource for his side.

While the retake was straightforward enough, the pro had to improvise to communicate with his teammates – with some fans likening the moment as an instance of “backseat gaming.”

“Should be Long. Long side, something like this. Left side, ‘aykeN.’ Top left, top left. Yes, you saw him. Ramp, ramp. Shadow! Not Shadow, but this roof on – ramp, ramp!” s1mple said as his teammates were pinching the lower bomb site.

His voice comms filled up the audio for the better portion of that retake.

But it looks like the teammates didn’t mind since a muddled call from one of the world’s best is still something to pay attention to.

Sure enough, once his team processed the calls, the push into B-site revealed the players to be exactly where s1mple had pegged them to be. 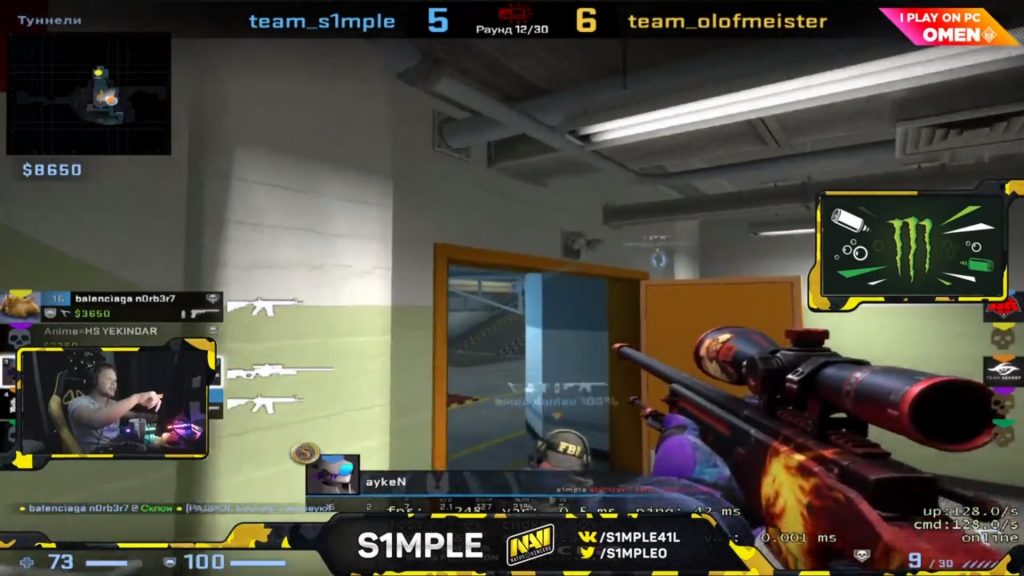 S1mple knew exactly where the remaining enemies were.

“How can I say this f**king position? I don’t remember how it’s called in my team,” he said after the successful retake.

The streamer noted that there was a mishap trying to nail the correct term for the spot, but the communication breakdown didn’t have too much of an impact since his rapid-fire description still revealed the locations of the foes.