OpTic Gaming have announced the newest branch of the CS:GO division – an all-female team based in Brazil.

The roster includes female players ‘Showliana,’ ‘Bizinha,’ ‘Pan,’ ‘GaBi,’ and ‘cAyy,’ and the team will be coached by ‘Walck.’

This news was announced on September 6 via a post on the OpTic Gaming Twitter page, which also included an introductory video.

We are pleased to announce our newest #OpTicGlobal team: #OpTicBrasil

Watch, and meet the CSGO squad behind @OpTicGamingBR

The players are all understandably excited about representing such an established organization such as OpTic.

According to Showliana, the team will compete for the first time under OpTic at the ‘GameXPoficial’ competition on September 7. 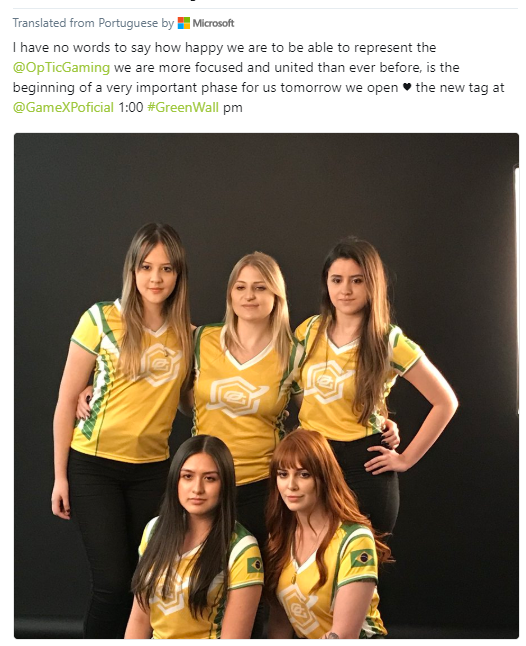 This new team is the latest in the ‘OpTic Global’ initiative, which is an effort on the part of OpTic to build teams overseas and establish itself as an international esports brand.

OpTic Brazil joins the Indian based OpTic India as the second international CS:GO team competing under OpTic, who also have a main team based in North America.