Next CSGO operation maps and missions leaked from game files

Dataminers have discovered in-game files for Counter-Strike: Global Offensive that may well hint at the arrival of a new operation – with the addition of new missions, maps, and even a new co-op mode.

While CS:GO remains one of the most popular multiplayer shooters around, fans have been left questioning when they will receive new content to give the game a shake-up.

The biggest changes have traditionally come in the form of operations. However, despite regular updates and changes to the game’s maps, fans haven’t seen a new operation for nearly three years – after Operation Hydra released in May of 2017. Yet, that could be about to change thanks to the handiwork of some dataminers and leakers. 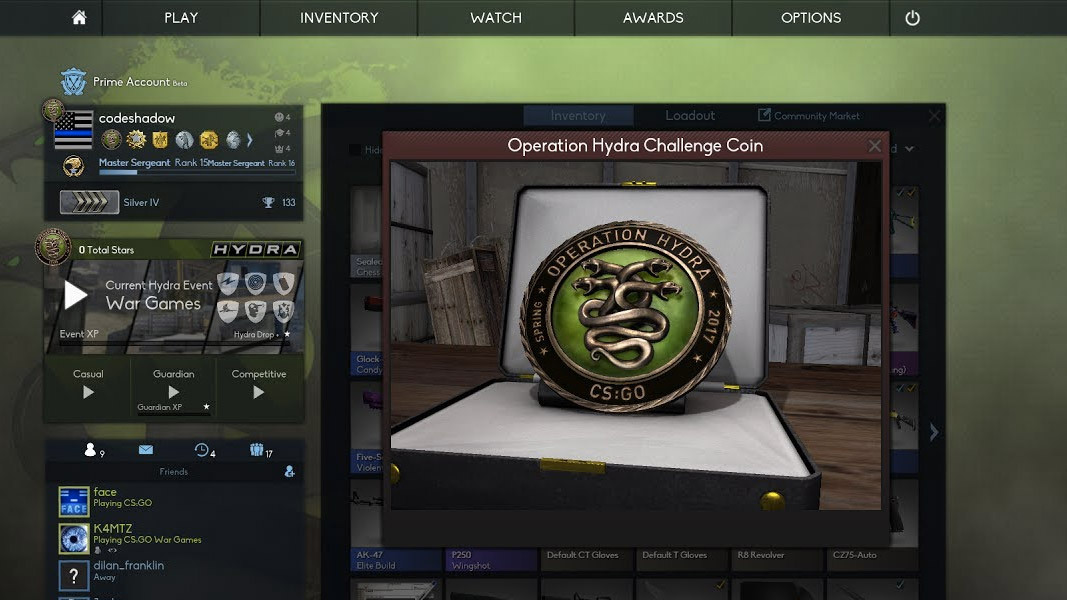 Operation Hydra was the last major DLC that CS:GO fans got their hands on.

In a video from the Valve News Network YouTube, host Tyler McVicker explained that following the 7/31 update, dataminers discovered new a keyword in the form of ‘coopmission’ and hidden buttons that would, supposedly, allow players to select missions they want to play – just like the game’s previous operations.

The YouTuber also noted that the game has had files for ten new missions since April of 2019 and that they aren’t holdovers from the previous Hydra operation as they have been rewritten to match the game’s new Panorama layout.

Evidence for a major update was also gathered from the resume of a contract artist who worked on the maps Blackgold, Junction, and Studio.

On top of these three maps, all of which are already in-game, there are two unreleased backdrops that are a part of an ‘untitled upcoming DLC.’ These two maps are called Import and Grind – both of which are bomb defusal maps, being set in Japan and Namibia, respectively.

Despite the supposed evidence, it still remains to be seen if Valve will indeed ship a brand new operation DLC anytime soon.

The developers and publishers of CSGO usually remain hush on things, and it’s no different this time around as the focus on the StarLadder Berlin Major for the time being.