The New Legends Stage at the FACEIT London Major has concluded and the top eight teams at the $1 million event have been decided.

The final day of action in the New Legends Stage featured best-of-three matches between teams with a 2-2 record and saw HellRaisers triumph over Fnatic, FaZe take down G2 and MIBR survive a marathon game against NiP.

Shortly after the conclusion of the MIBR vs NiP match, the draw for the quarter-final stage of the tournament was revealed: 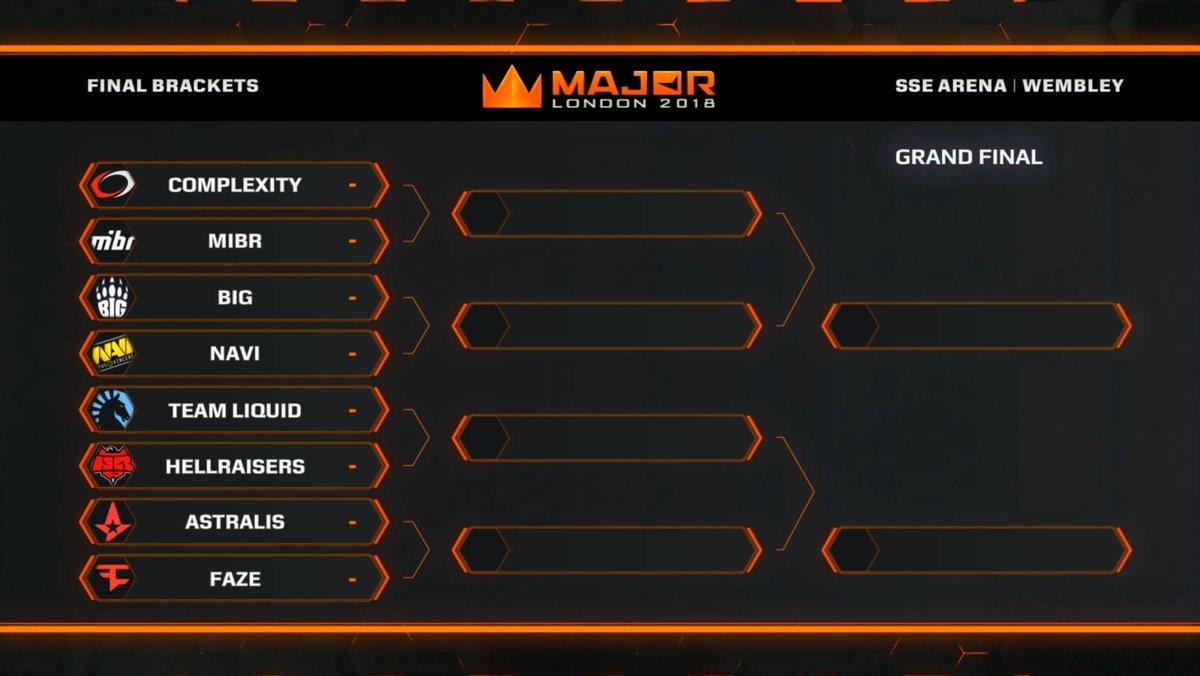 Matches will resume on September 20, beginning with BIG vs Natus Vincere followed by compLexity Gaming vs MIBR.

Those first two matches will decide the shape of the top half of the bracket – the losing team will be eliminated and the winners will advance to the semi-finals.

On the other side of the bracket, Team Liquid vs HellRaisers and Astralis vs FaZe Clan will be played on September 21. At first glance, the Astralis vs FaZe game should be the most exciting of match of the quarter-final stage.

The semi-final matches are scheduled for September 22, while September 23 is reserved for the Grand Final which will be a best-of-three like all of the other playoff games.

The matchups and schedule for the first round of matches in the FACEIT London Major’s New Champions Stage can be found below: