CS:GO fans can usually rely on MIBR’s Tarik ‘Tarik’ Celik for good vibes, laughter and positivity but after another disappointing defeat, the rifler has again voiced his feelings about his team’s struggles.

After MIBR were soundly beaten 2-0 by Team Liquid in the semi-finals of the ESL Pro League Season 8 finals, there was little reason to be in a jovial mood. Liquid cruised past MiBR with a 16-2 win on Cache and a 16-8 victory on Overpass.

In the crushing two-map defeat, Tarik posted 17 kills and 37 deaths as MIBR were blown away by his former OpTic Gaming teammate Keith ‘NAF’ Markovic. This loss, especially after how well MIBR performed earlier in the season finals tournament, seemed particularly hard for him to take.

“Sad about the loss and can’t help but feel there is a disconnect or missing element in our team,” the former Major winner posted on Instagram.

“It was the last event of the year with our full roster and I really wanted to end on a better note. I’m not sure how we plan on fixing our problems yet, but I know that none of us want to play on a losing team. Sometimes I wish I had more of a voice. Anyway, there are still some positives to take away. Thanks to everyone who cheered for us, see you guys in Portugal.”

Sad about the loss and can’t help but feel there is a disconnect or missing element in our team. It was the last event of the year with our full roster and I really wanted to end on a… https://t.co/vi74aZZK9g

It’s not the first time the former Cloud 9 player has talked about his feelings on social media about MIBR’s performance at a tournament. Following the team’s heart-wrenching loss to Astralis in the Grand Final of ECS Season 6 Finals, Tarik posted a similar message to Twitter.

However, Tarik and MIBR have a chance for a quick turnaround as they head to Lisbon, Portugal for the next Blast Pro Series event. Although, they will be without Fernando ‘fer’ Alvarenga as the Brazilian returns home for surgery. 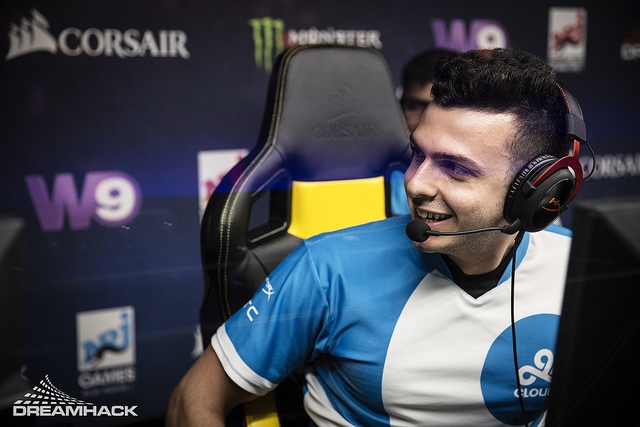 Tarik is usually good for a few laughs, even after a defeat.

Current Swole Patrol player Braxton ‘Swag’ Pierce was announced as the stand-in for the MIBR squad. Both Tarik and his teammate Jake ‘Stewie2K’ Yip have plenty of experience playing alongside Swag and will be hoping for a winning performance in Lisbon to get the team back on track.