Coldzera explains why he’s been benched at MIBR ahead of BLAST Pro Series LA, IEM Chicago

On July 12, MIBR announced that coldzera had been moved out of the starting lineup and into the inactive players list, replaced by coach Wilton ‘zews’ Prado.

The roster change will go into effect for the next two events – BLAST Pro Series Los Angeles and IEM Chicago, both of which coldzera was set to attend prior to the switch.

This news has casted a degree of uncertainty around MIBR’s lineup situation, since they technically are not allowed to make any changes due to the roster lock that went into effect on June 25, barring an event of emergency.

MIBR are scheduled to face off against Renegades, FaZe Clan, NRG, Team Liquid, and Cloud9 at BLAST Pro Series LA. 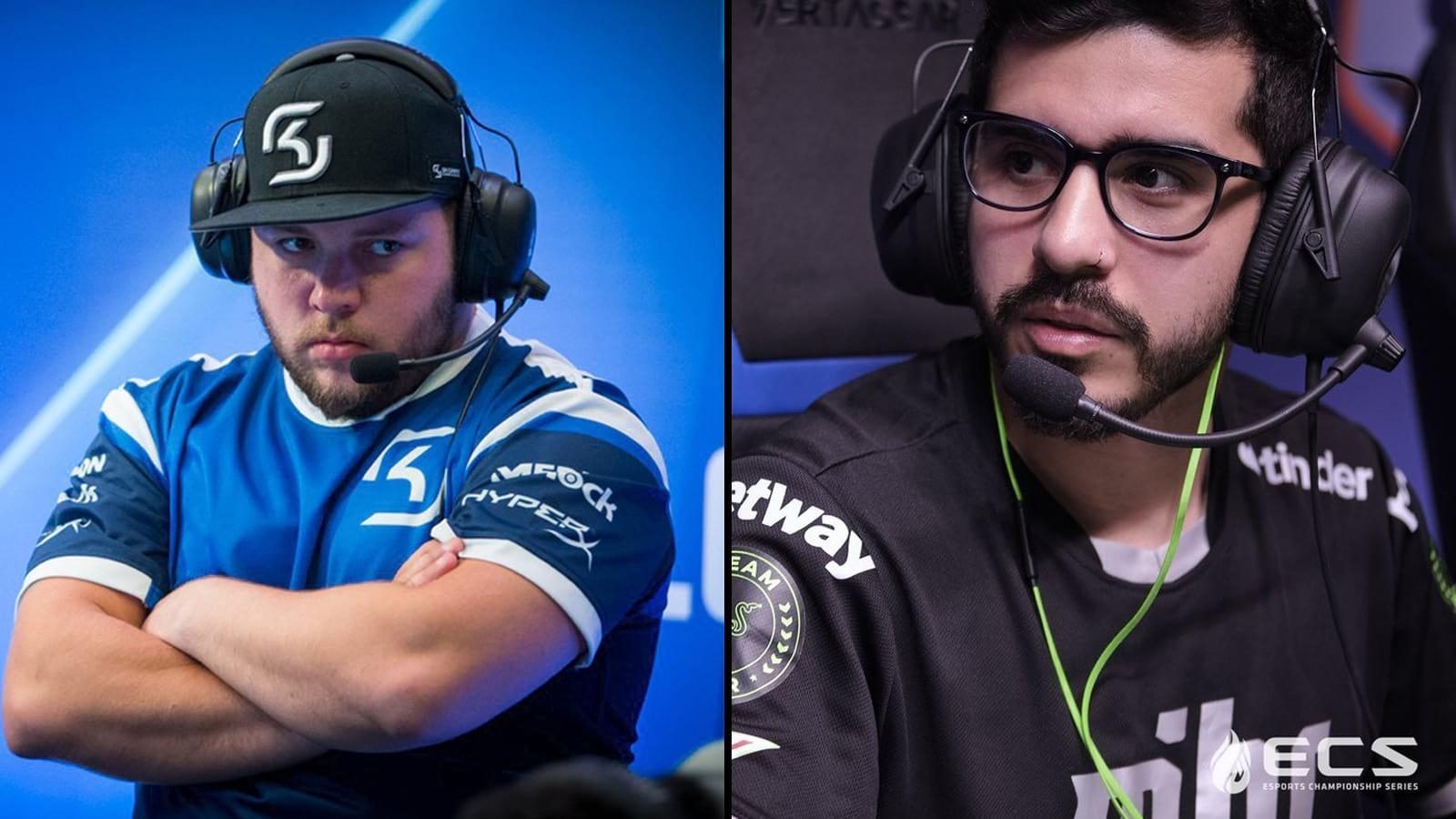 MIBR coach Zews (left) will be replacing coldzera (right) in the starting lineup.

Why is coldzera leaving MIBR?

Roster uncertainty aside, there had been a lot of confusion in the days leading up to coldzera’s eventual benching.

While most believed that he himself had asked to be moved to the bench, the Brazilian refuted those claims on Instagram, instead saying that it was his teammates who had not wanted him featured at the upcoming competitions because of desire to part ways with the team.

He later reiterated his claims in a long Twitter post he put out on July 12, stating that he wanted to feature for the team in the next two events. 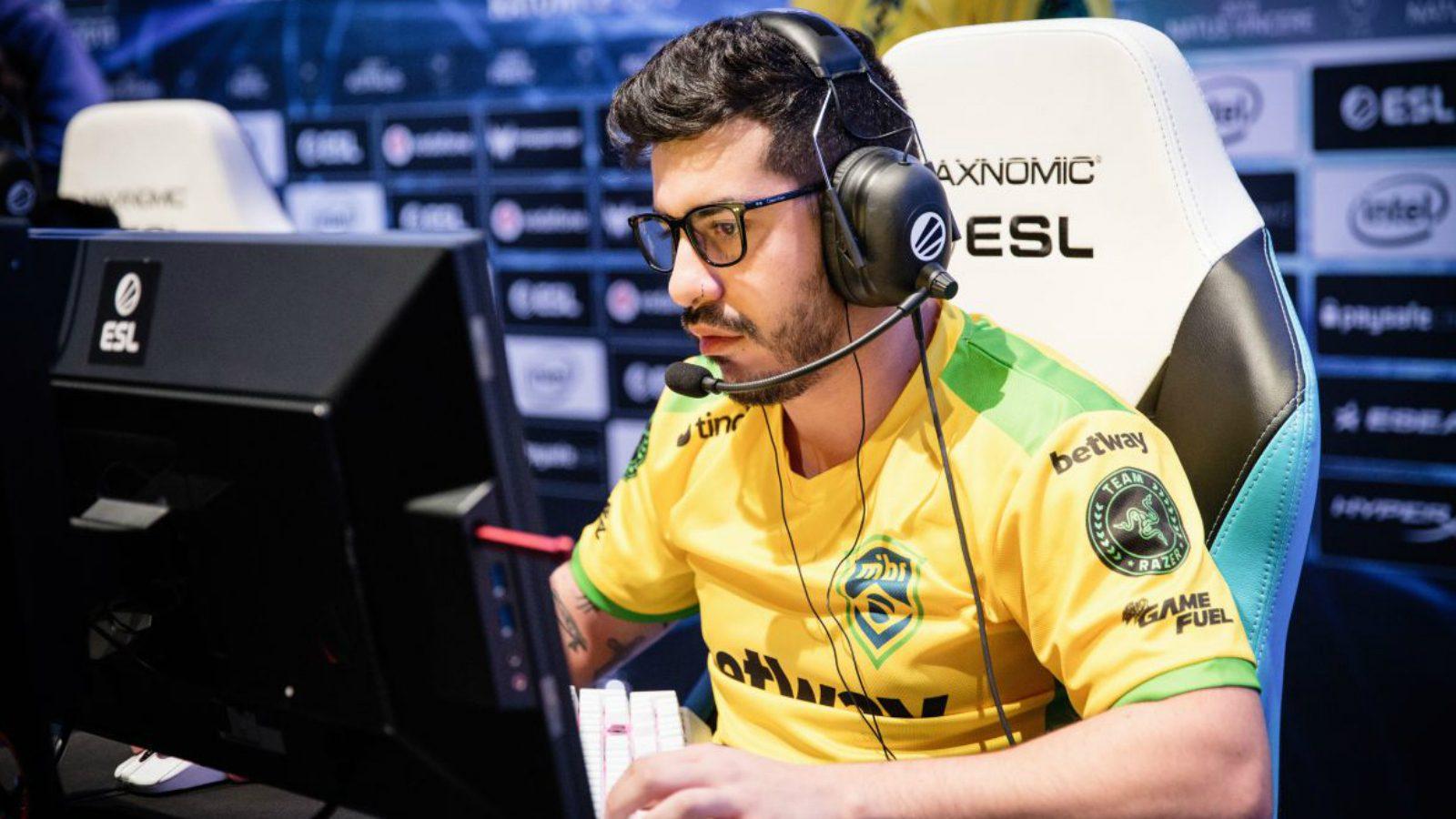 Coldzera claims it was not his desire to sit on the bench, but rather the decision of his teammates.

However, in the post, he also made it clear that his decision to leave MIBR was completely his own, citing discontent with how the team was functioning.

“The decision to leave the team was 100% mine,” he wrote. “During the meeting, I was asked who wanted to stay and who wanted to leave, and I said that I wanted to leave because I was not happy with how we are dealing with the problems, how we had been playing in the last seven months, and because I felt that the team did not know how to use me and listen to me more inside the game.”

Coldzera’s full Twitter post can be seen below. It was originally written in Portuguese and  has been translated to English for your convenience.

Official announcement about my departure from Mibr.

Every book has its beginning, middle and end. We have had a very difficult start, we have overcome with great determination and we have reached the top of the world. In this way, we had obstacles, fights and the will to try again, but we managed to cross those barriers and we became the best team in the world.

Some finals are happy and I can say that even leaving, this is not a sad ending.

We tried several strategies: we changed players, we changed some functions, but none of them fit. Sometimes we ourselves are the problem. One of the reasons for my leaving is because I am discouraged and I am getting very stressed with the way we are dealing with defeats; instead of trying the solution inside the game, we are looking for even more problems and this started to affect my performance. Unfortunately, that did not fit and I chose to follow what my heart told me to do.

Nothing lasts forever. The memories will stay in the memory and I only have to thank for having gone through all these emotions with my team. I need to look for new air, get out of the comfort zone. I still want to prove myself much more! I’ve never played and never will play for money; I play for the glory of wanting to be the best, and that’s me and no one else!

The decision to leave the team was 100% mine. During the meeting, I was asked who wanted to stay and who wanted to leave and I said that I wanted to leave because I was not happy about how we are dealing with the problems, how we have been playing in the last 7 months and because I feel that the team does not know how to use me / listen to me more inside the game.

That decision has been in my head for more than a year. In 2018 I wanted to leave the team, but I still did not believe that we could improve, but the defeats, fights, problems, were wearing me in an absurd way. Today, you do not see me screaming, celebrating, enveloping me, and it’s not because I do not want to, but because it seems that I always enter the game with a feeling of wear and tear. Many will say, “Cold, but this is just a bad phase; do not run away from problems; you’re going to go around “, but everything is already so worn that even in the option to stop playing I already thought. Really, I need to go somewhere else to find that will I’ve always had and this is going to be my next challenge.

Talking about Major, Blast and Chicago, I made it clear that I would play these championships with Mibr, because of the magnitude of the championships, and also because I would never let them play. However, as I will not train with them anymore because of the new player, the decision of the team was to play with zews. I made it clear that I would play this championship without any problem, even more so throughout our history together, but the decision is of the team.

Many may question and criticize me for thinking that I am “abandoning the boat,” but there is a negotiation and legal issues behind it, and on this break I will have a longer period of time not to sit still for so long. After the Major always roll some shuffles, which would open up my options a bit more. If I leave early, it may be that I lose all year because my transfer is very expensive. Whether you want to or not, this is my job and I need to address my professional issues as well.

Life is made up of choices, and I chose to go out and try some things I’ve never tried: play on another team, get out of the comfort zone and get back to work thirsting to win.

Soon I will go on vacation and in 12 days I will be in Europe training my individual and analyzing the proposals. A transfer equal to mine should take a few months because, unfortunately, my buyout is high, but I will not stop preparing. I want to get warm as soon as I get a new house!

I have many whom I must thank for all my journey, but especially the Dead, Camila and Mibr, for always taking such good care of me!

Dead / Camila: I really love you, it was always my parents here in the USA, they helped me grow as a person and taught me a lot ❤.

Time: Thanks for giving me a chance since I started! I grew up, I learned, I cried, I laughed and our story will never be erased. I will always strive for each of you, regardless of whether we are in different ways. Whatever you need from me, I’ll always be here to help. I love you guys.

And last but not least, I would like to thank my fans who always support me and are on my side. I am very grateful to all who cheer for me and, in some way, encourage me! I’m coming back stronger than ever. And rest assured: I will still go to the meeting of legends to see you! (I.e.

Never forget this: Losing or gaining is a result of your work. It is better to lose giving my 110%, showing that I still want to evolve, than entering the comfort zone and find that 30% is already good. Money, fame, everything passes! But the will to win puts you where you least expect it. (I.e.