10 amazing skin concepts that should be in CSGO's next case - Dexerto
CS:GO

Counter-Strike: Global Offensive players are always coming up with ideas for their own weapon skins. Here, we take ten different ones that we’d like to see inside the next CS:GO case.

Counter-Strike has, and always will be, about proving your first-person shooter skills but some fans use it to showcase their creative skills. Some decide to build maps, interesting game modes, and plenty of other things. The most creative ideas usually come in the form of skins. These skin ideas usually set social media ablaze and have fans begging Valve to add them to their next case release.

Here, we’ve compiled a list of ten incredibly impressive skin ideas –  ranging from your standard pistols, to knives, and the AWP – that should be added to CS:GO in the near future. 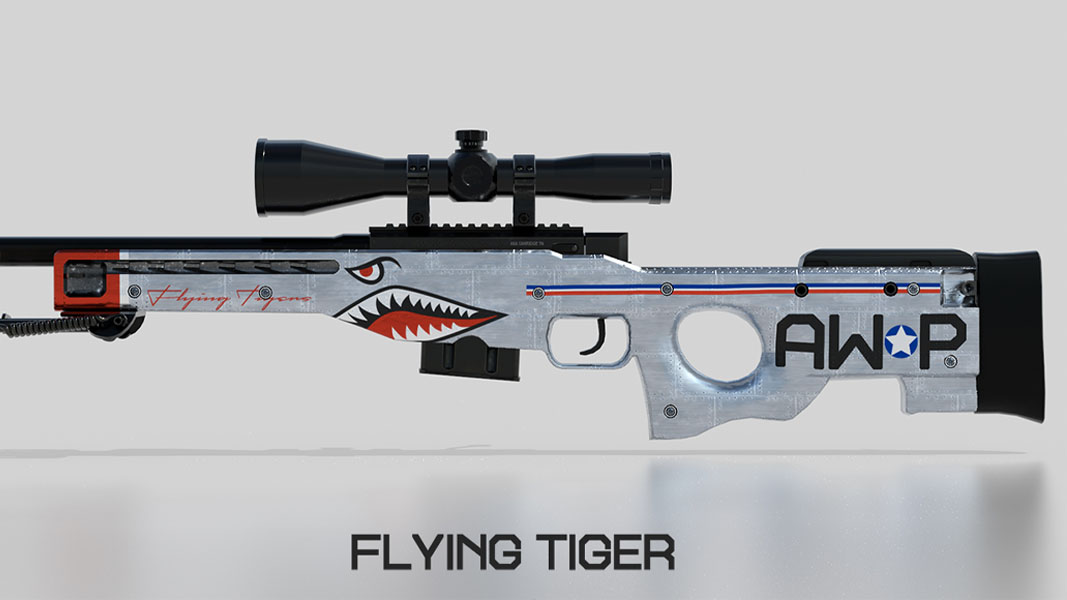 The first concept comes in the form of the “Flying Tiger” AWP skin from ssslifer. The World War 2 plane inspired look gives the iconic sniper a real bite – literally, with teeth at the end of the barrel.

It draws some comparisons to the Spitfire Famas skin that is already available in Global Offensive, however, with this being the AWP, it would no doubt be highly sought after by players. 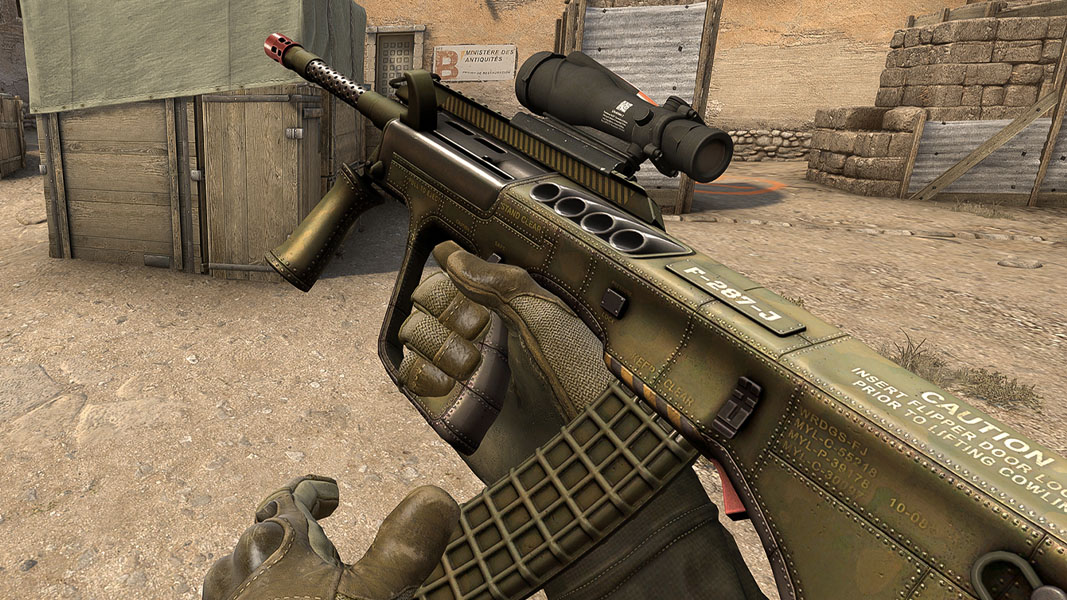 Keeping with the military aircraft theme, next up on our list is the Warplane idea for the AUG that comes from Mad Polygon.

Unlike the Flying Tiger, there isn’t exactly an iconic finish to the skin but the impressive exhaust illusions that are located just below the scope would really give the assault rifle a unique look compared to its counterparts. 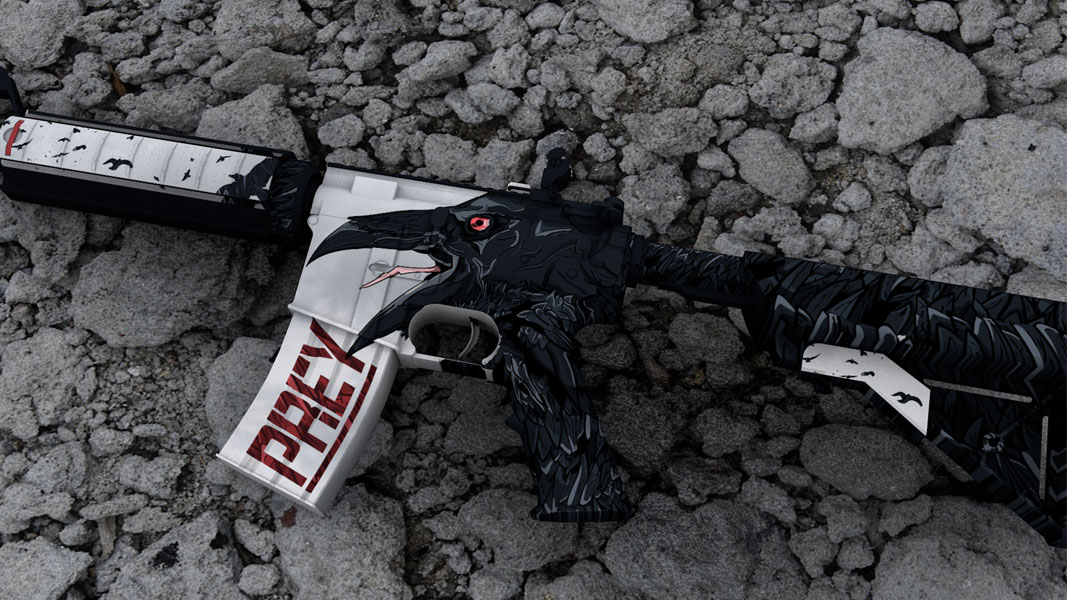 Getting our feet back on the ground, the next idea comes from Reddit user condorviii, who put forward their M4A4 – Prey concept.

The white assault rifle skin uses the image of a huge, fearsome-looking Raven amongst a flock of others to strike fear into the heart of enemies. It invokes the spirit of the hugely popular Howl skin, but has the label of Prey marked onto the magazine so the enemies know whats hit them. 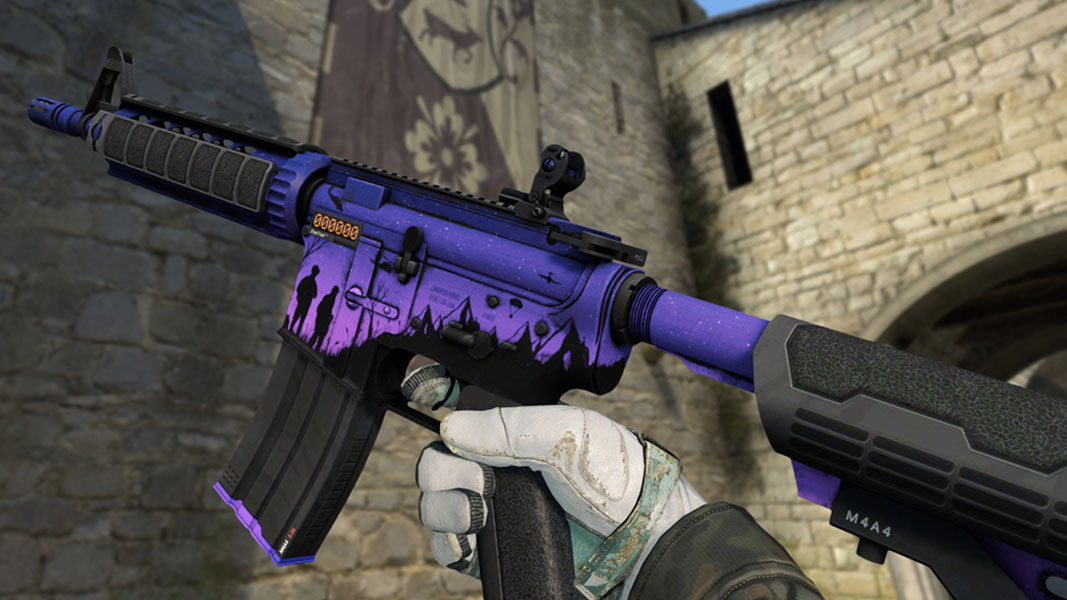 Keeping with the M4A4 theme, hollandje’s Anemoia concept would add a funky violet, pink, and black variant of the CT assault rifle to the mix of skins that are already available.

The skin depicts two people on a trail against the backdrop of a night sky as well as the outline of distant mountains and balloons. It would certainly stand out amongst the rest. 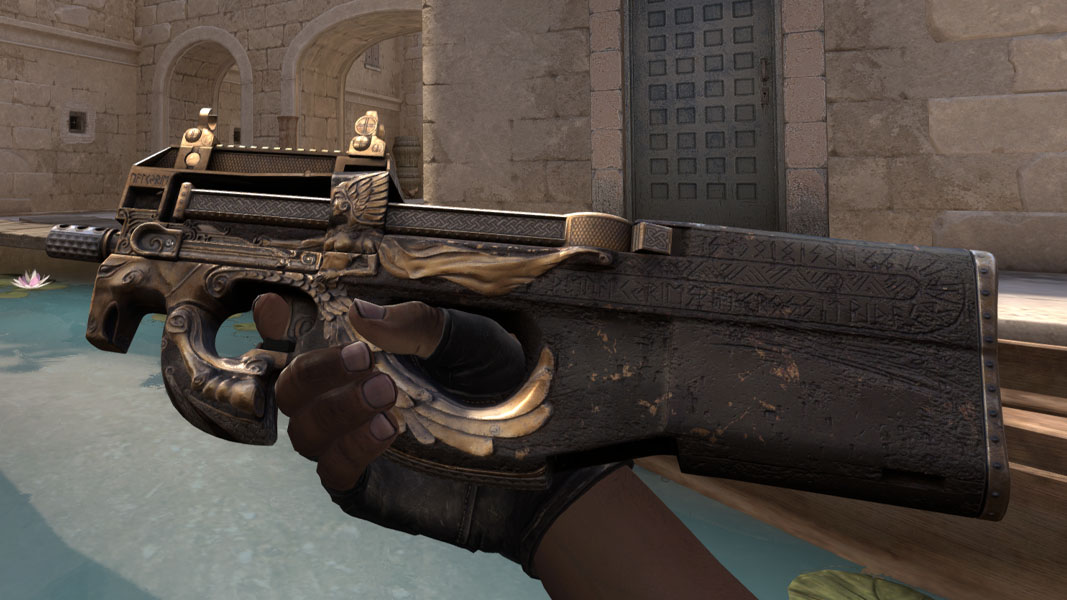 One idea stand that might not stand out, especially if you’re playing on Anubis, is the P90 | Valkyrie – with the added bonus of being able to own some virtual hieroglyphics.

The Egyptian themed skin comes from skin creator K A S I, with its gold and black popping look adding a style of skin that is currently missing from CS:GO. 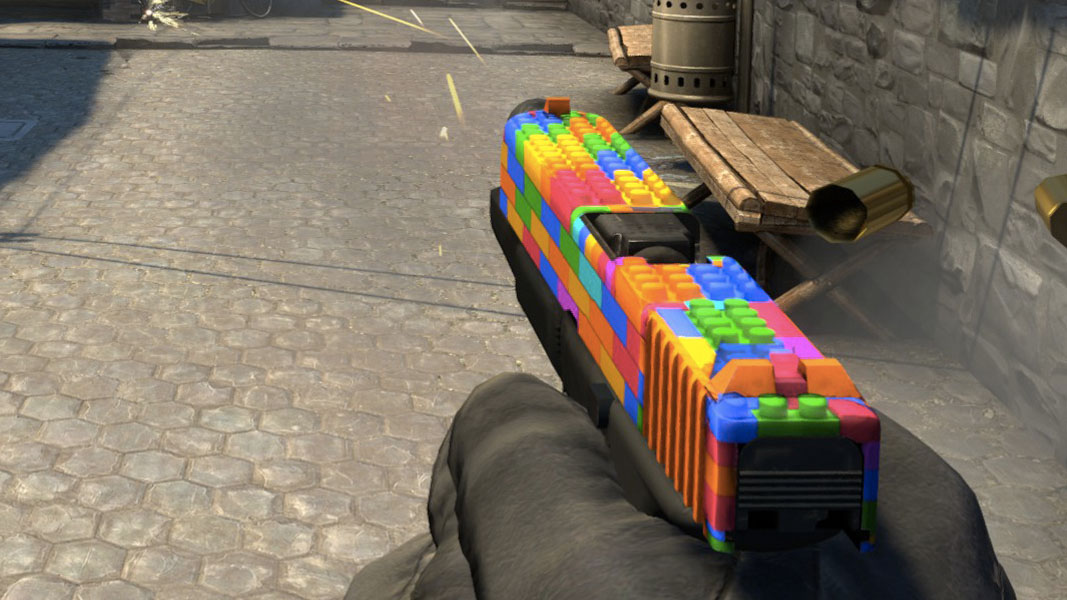 Moving away from assault rifles and into pistols, Reddit user Hoxton_Workshop had the fun idea of giving the T side a Lego-themed Glock.

The impressive multi-color, multi-bricked skin might fit in more with a game like Fortnite than the serious CS:GO, but it would certainly bring a smile to faces during pistols rounds – especially if you’re deep in the hole at half time. 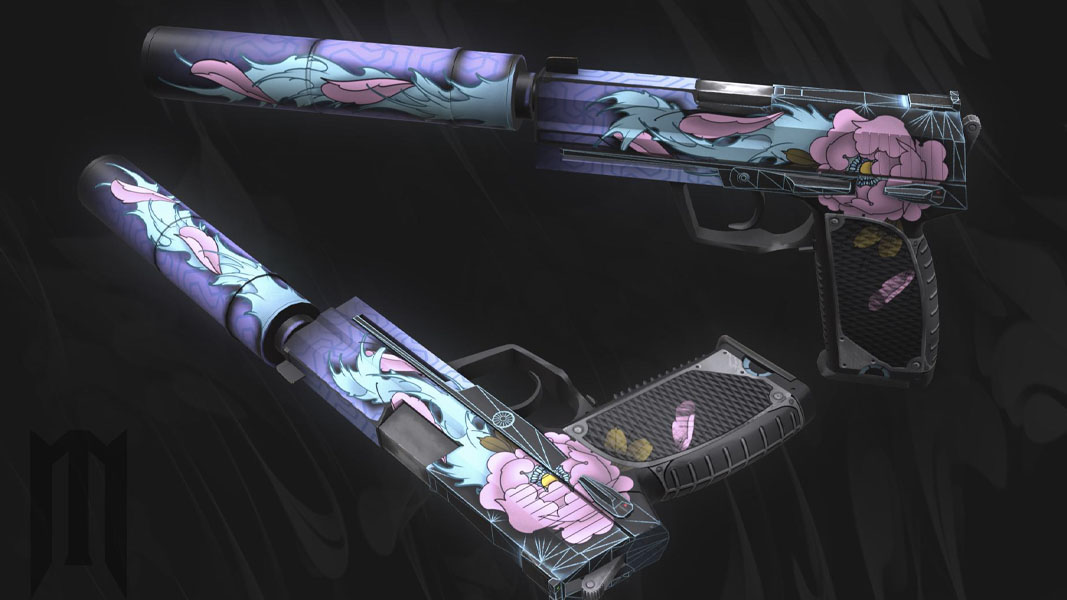 On the opposite side of the default pistols comes the USP-S | CVBER Flowers from mokryi. The CT pistol has a long line of impressive skins like Neo Noir and Kill Confirmed, but this impressive concept could certainly stack up against them and be able to hold its own. 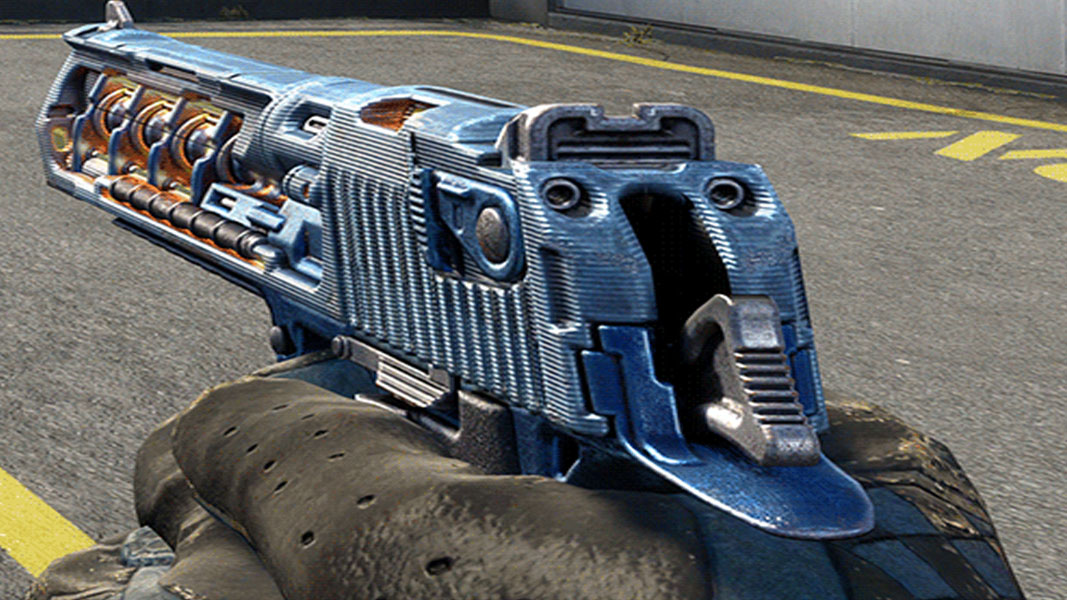 Looking at more powerful pistols, millenia3d conjured up the idea of giving CS:GO a bit of Fallout feel. Fallout: New Vegas, to be precise.

The Obreron Desert Eagle concept gives the deadly sidearm a railgun-like look perfectly, switching it’s light blue color at the back to orange-tinted barrels the further forward you get. It’s certainly an eye-catching idea. 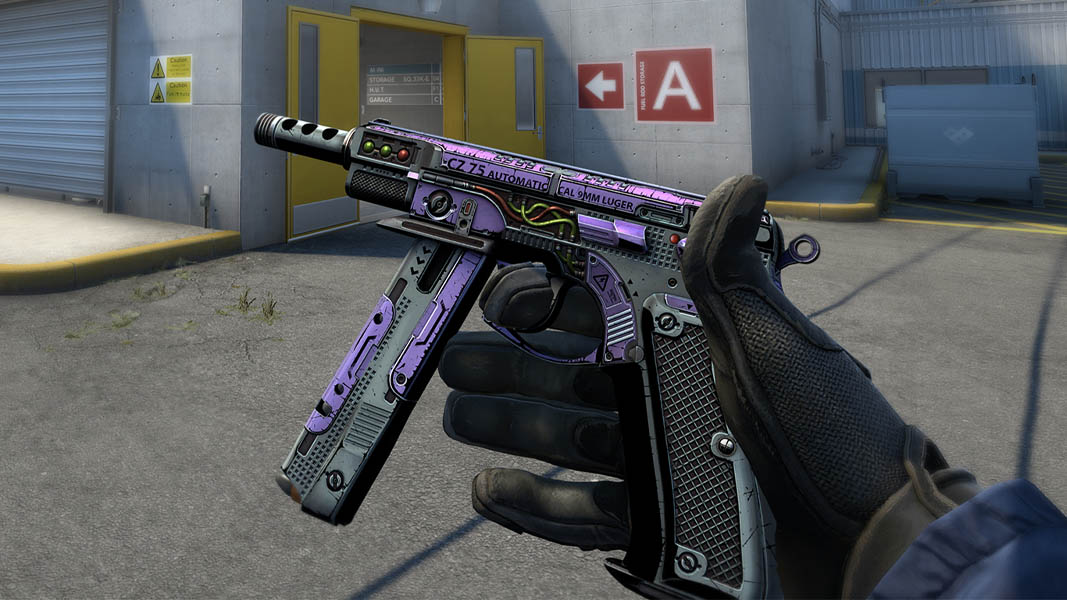 The idea is just a small part of their wide-ranging collection but the purple stands out from the pack. Don’t worry about the loose wires that appear to be dangling from the side though, they won’t hurt you. 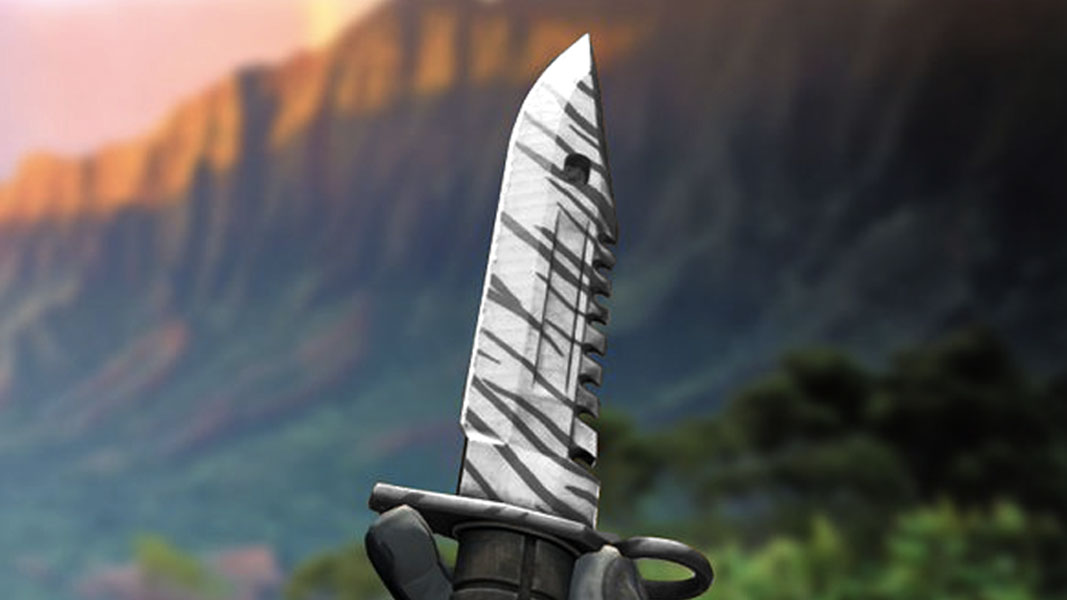 Last but not least, knives have got to get some love as well. They might be incredibly hard to get from a CS:GO case, but having something like the Crimson Web Bayonet or Karambit Fade can really set you apart from the crowd.

Filipforslin’s Tiger Tooth-inspired skin would give the classic skin a Zebra-themed design – switching from the yellow and black pattern to white and black. It’s such a clever idea that you might be mistaken for thinking that it’s come from Valve themselves.

Of course, these are just skins that we’d like to see in CS:GO’s next case, and though Valve does use fan concepts now and again, they might have a few ideas of their own coming down the pipeline.