The Playoff Bracket for the 2018 CWL Championship Has Been Confirmed

The group stage of the 2018 CWL Championship has concluded.

After two days of competition, contenders at the last and most prestigious event of the WWII season have been halved, with 16 of the original 32 teams advancing to the playoffs.

Single round-robin in pools of four teams is a punishing format, and this year’s group stage was particularly fraught with upsets. Most notable is undeniably the elimination of defending world champions OpTic Gaming, who missed out on a map record tie-breaker following a 0-3 loss to Evil Geniuses.

Though undoubtedly the most prominent, OpTic weren’t the only casualties of the group stage. A total of six Pro League squads failed to reach the playoffs – OpTic, Echo Fox, Epsilon, Splyce, Tainted Minds, and Mindfreak.

In addition to some big names crashing out, upsets in the group stage are also responsible for a surprising set-up for the bracket stage. Group stage results have produced a bracket in which most of the big tournament favorites are all on the same side.

Red Reserve, eUnited, Luminosity, UNILAD, Rise Nation, and Team Kaliber – some of the most formidable squads of the WWII season, including the top-four finishers in the CWL Pro League Stage 2 – will all be fighting through the same half of the bracket. Meanwhile, the other side features four Last Chance Qualifier teams that have already out-performed their seeding in reaching the playoffs. 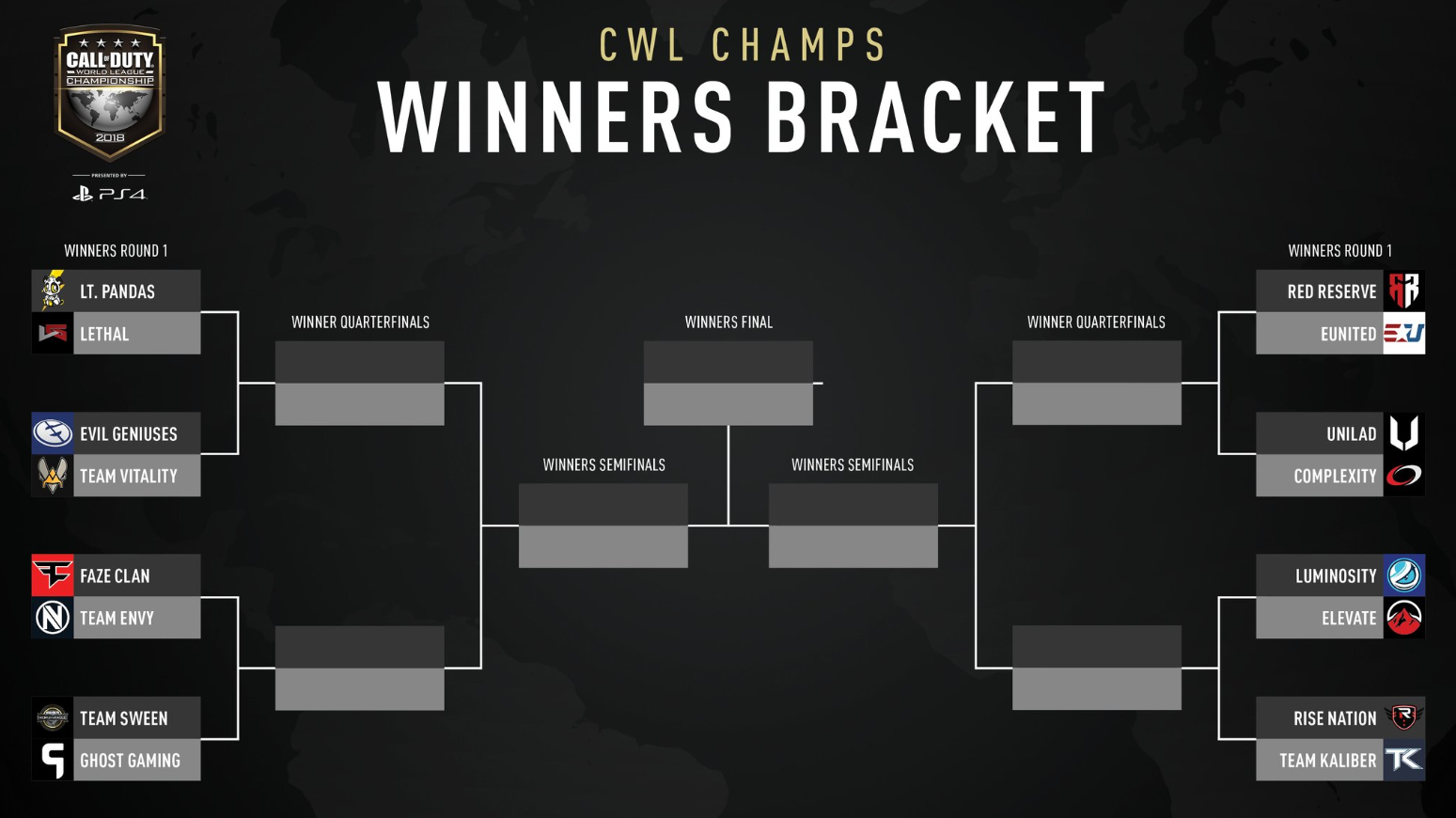