The MP-40 Has Been Found in the Blackout Beta

The user, who goes by the name of ‘Thekingofhatejb’, posted an image of the weapon to the Black Ops 4 subreddit. The weapons name is visible in the bottom right hand corner of the screen, and the ammo information confirms that it uses 9mm bullets.

The MP-40 is only available via the Mystery Box, which is located randomly around the map. You may be able to acquire one by looting an enemy, but they would need to have found one first. 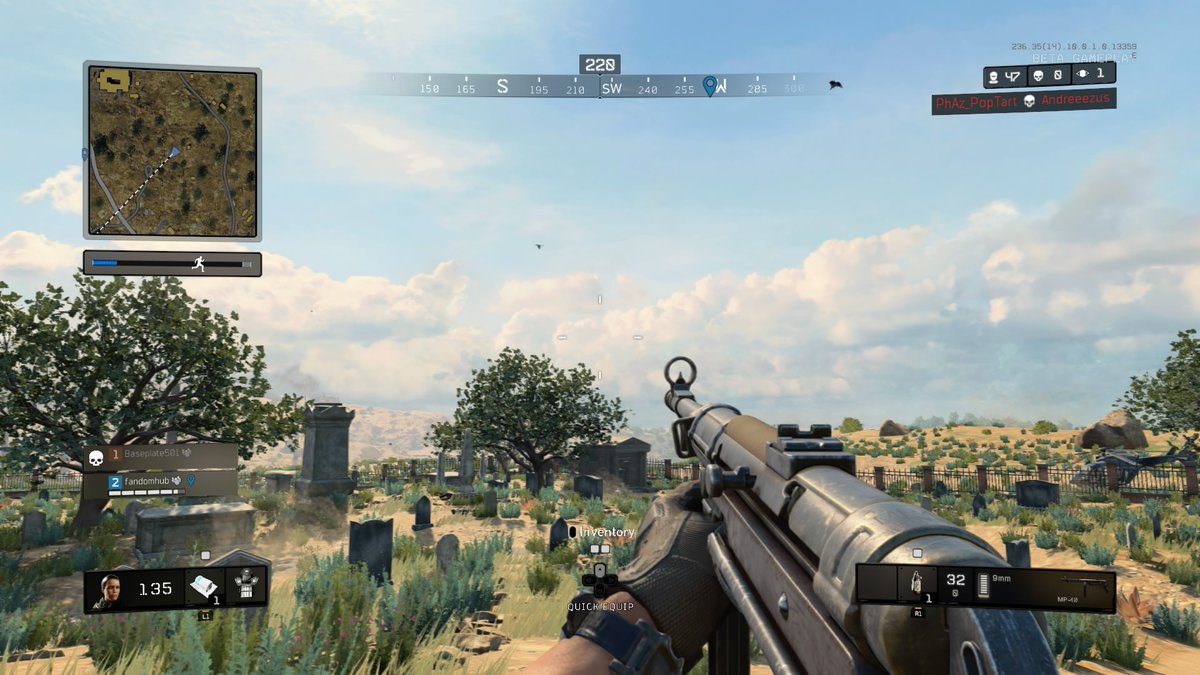 The MP-40 is a fan favorite weapon, having been a fixture in Call of Duty since the first installment of the franchise released in 2003.

It has went on to appear in every Call of Duty set during World War II, and made surprise appearances in games set in more modern times like Advanced Warfare and Black Ops III.

The MP-40 isn’t the only surprise weapon to make an appearance in the Blackout beta. The Ray Gun, which made it’s Call of Duty debut in the zombies game mode in World at War, can be picked up by killing a zombie in the Black Ops map, and is one of the most powerful weapons in Blackout.

The Blackout beta is currently live on PlayStation 4, but Xbox One and PC players will have to wait until Friday, September 14 to try and find the MP-40.