Following a rollercoaster of a first day at the Call of Duty World Championship on August 14, some shined brighter than others amid the pool play pandemonium that unfolded.

This year’s CWL season has been nothing short of dramatic, with OpTic Gaming finding victory at Black Ops 4’s curtain raiser, CWL Las Vegas, but struggled throughout 2019 as Luminosity, eUnited and 100 Thieves all picked up tournament victories on the road to CWL Champs 2019.

The first day of pool play did not disappoint and exceeded spectator expectations; from shocking eliminations to crazy individual plays. However, some individuals came out hotter than others and produced performances that placed them inside the top 10 for highest damage dealt per minute. 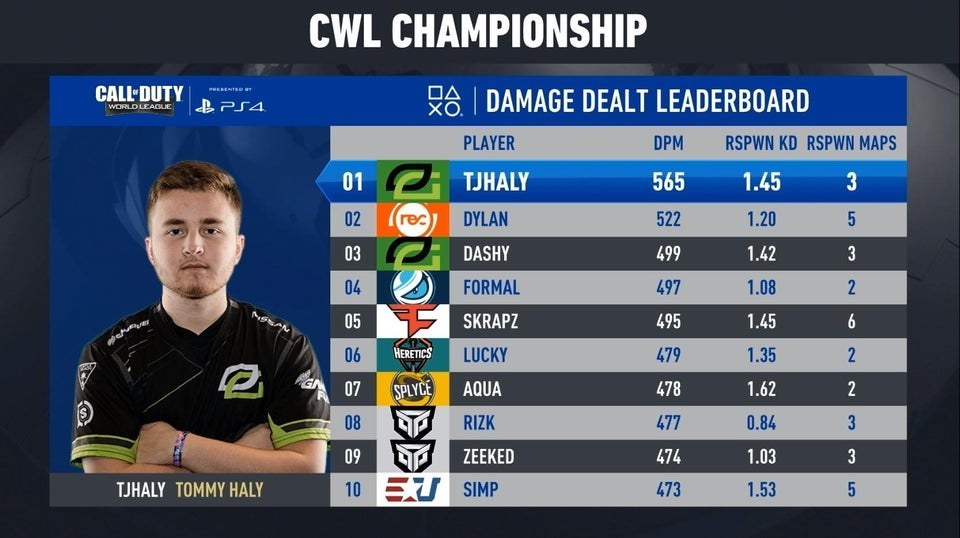 OpTic’s TJHaly sits at the top after an impressive day one.
[ad name=”article2″]

After his performance in OpTic’s first match of the competition versus TrainHard, Thomas ‘TJHaLy‘ Haly finds himself sitting comfortably at the top of the list, as his consistently crispy shots and savvy plays proved too much for the amateur team to handle.

Teammate Brandon ‘Dashy‘ Otell only trails by 66 damage per minute (DPM) behind Haly, placing him 3rd and showing why is one of the most feared AR Slayers in the game, and why OpTic Gaming could pose a major threat this weekend, especially in respawn modes like Hardpoint and Control where they cruised past TrainHard with relative ease in a comfortable 3-1 win.

While the stats may look impressive, it’s worth noting that they do come with a major caveat. OpTic Gaming have only played one match in the tournament so far, and did so against the lowest seeded team in their group, so theoretically they should be putting up big numbers against a team who shouldn’t pose a threat to their progression to bracket play.

OpTic weren’t the only hot starters

Given the context of the GreenWall’s display versus TrainHard, the performance of Team Reciprocity Flex, Dylan ‘Dylan’ Henderson, is even more impressive (sitting at second in the standings) after playing two matches on Wednesday — including a loss to Team Envy.

The fact that he remains close to front-runner TJHaLy (despite the disappointing slip against the ‘Boys in Blue’) proves why he is one of the best players in the game. 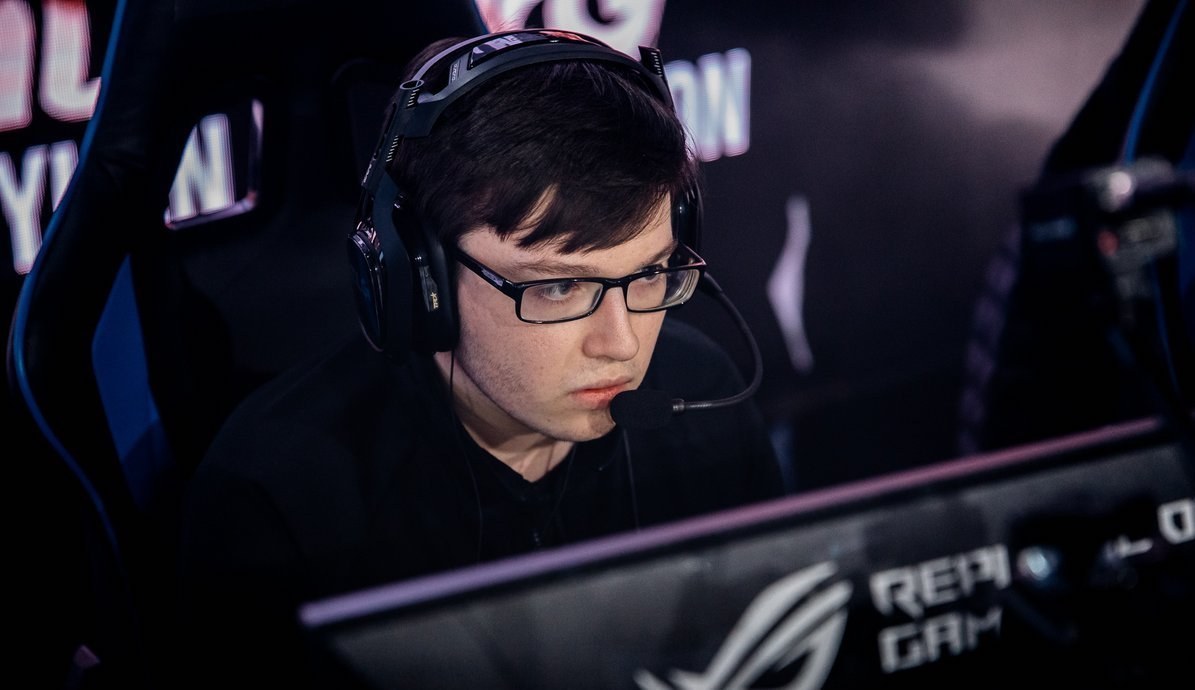 Elsewhere, former OpTic star and current Luminosity player Matthew ‘FormaL’ Piper climbed to 4th on the list with just shy of 500 DPM, despite a surprising 0-3 loss to Team Singularity — showing that he his most definitely eager to get his second ring.

A focused Ulysses ‘Aqua’ Silva produced a sensational 1.62 kill-to-death ration while still clocking 478 DPM versus top amateur outfit, Team Aspire, as Splyce attempt to lose the shackles of a number of second place finishes and lift the game’s biggest trophy.

Carnage and Evil Geniuses will face off against OpTic next at CWL Champs, and if the deadly duo are able to continue their current form, it’s hard to argue that OpTic aren’t in the running to add even more rings to their fingers on Sunday night.