Call of Duty: WWII developer Sledgehammer Games have released another edition of their Weekly Community Update on May 4th.

Usually released every Friday, the Weekly Community Update is part of the developers’ commitment to consistently maintain communication with the Call of Duty community to ensure that any new changes or additions to the game are in the players’ preferred direction.

This week’s post starts off with a reminder that the ongoing Blitzkrieg Community Event is int its last weekend and is due to end at 10AM PDT on Tuesday, May 8th.

This means that players across all platforms will have until that time to complete the 75 million Orders and Contracts needed to fully finish the Community Challenge, which currently only has three tiers completed.

The post continues with a mention of the current ‘Triple Double’ promotion, which gives players the chance to earn 2XP, 2WeaponXP, and 2DivisionXP on the HQ 24/7 playlist, also until 10AM PDT on May 8th.

There is also a Weekly Wepons Contract going on for the Gewehr 43 weapon, that players have until the end of the Blitzkrieg event to unlock. 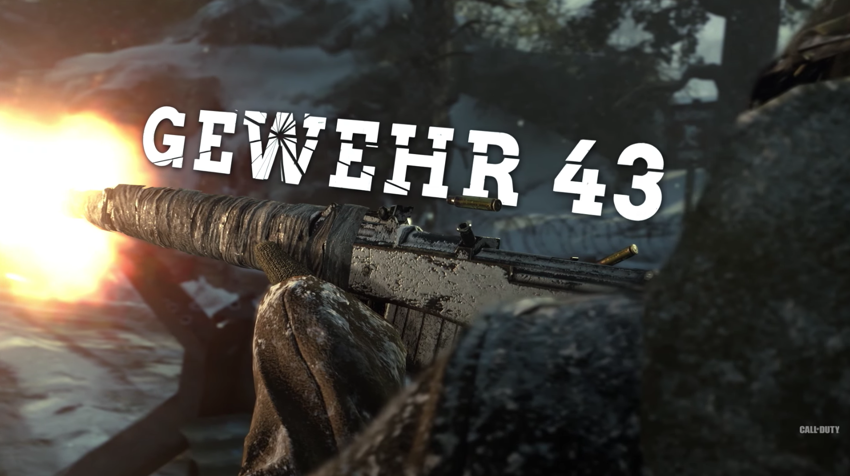 The Community Update continues with the announcement of a game update that is set to go live on May 8th, which will feature image uploads on the UI front, upcoming Orders and Contracts, HQ map optimizations, Leaderboard filtering and Theater performance improvements, and promotional updates.

The post also provides an update regarding some of the hot Fixes and weapon tunings that were pushed out on May 3rd, along with progress on several in-game issues that include the Level 1000 issue and dupe-protected Special Order Weapon Bribe issue.

The full SHG Weekly Community Update for May 4th can be read below, or on the official SHG Community webpage.

Good afternoon, everyone! With the Blitzkrieg Community Event ending soon, we’ve got some reminders for you so you can make the most of this weekend before Captain Butcher heads out. There’s info on this week’s hot fixes, plus, something special for a couple of our most loyal Nazi Zombies fans, and an up-close look at one of our new characters from The Shadowed Throne.

Blitzkrieg Community Event: LAST WEEKEND! The event ends at 10AM PDT on Tuesday, May 8. So make sure that you get some good play time in this weekend. As a reminder, Captain Butcher will be taking all the Blitzkrieg Collections (ITRA Burst, Sterling, Baseball Bat, and British Tanker) and their Rewards back with him to the front lines, so make sure to take advantage of them while you still can.

Triple Double on HQ 24/7. We’ve got 2XP, 2WeaponXP, and 2Division XP live now on the HQ 24/7 playlist until the end of the Blitzkrieg event at 10AM PDT on Tuesday, May 8. Get in there and level up your stuff!

Weekly Weapon Contract. In case you missed it, this week’s Weapon Contract is for the Gewehr 43 (which we also tuned this week, see above Hot Fix and Weapon Tuning section). Pick it up before 10AM PDT on Tuesday, May 8!

Game Update Next Week. On Tuesday, May 8, we’ll have a game update coming. We will post on Reddit once the update goes live, but there will not be our usual list of patch notes, since the update is only for image uploads on the UI front, upcoming Orders and Contracts, HQ map optimizations, Leaderboard filtering and Theater performance improvements, and promotional updates. You will still be asked to restart to get the update. We wanted to give you a heads up, so that you know what to expect. Thanks, everyone!

Feedback on Level 1000 Issue. This was part of our Hot Fix Update yesterday. Please head to our dedicated feedback thread on Reddit to leave any info/videos/comments about your experiences with this issue so we can better monitor and determine whether or not a Phase 2 fix will be needed.

Requisitions. We’ve heard your feedback and agree that this is worth exploring. We are looking into ways to rework Requisitions that makes sense and is more conducive to a better gameplay experience, especially since the recent Divisions Overhaul we implemented.

Dupe-Protected Special Order Weapon Bribe Issue. We apologize for the confusion here, everyone. If you were affected by this, please see ATVIAssist’s recent Reddit post on the issue and resolution. Thank you for being patient!

And now, for our community celebration!

Today, we put out a video of some of our reactions to the first Zombies Easter Egg solvers: SmartGuy316 and StarrBurrst. A care package from the B.A.T. is on its way, fellas.

Our Limerick about War Limerick:

The community loves to create.

All the limericks and memes are so great.

The loud volumes in War

Are annoying for sure.

Fix will come in a future update.

Hats off to SwimmingAnxiety for this double tap with the Menace II!

Though far away, these two brothers were able to hang out in HQ. Posts like these are awesome. We love that you all are able to connect with another and use Headquarters in a unique and social way.

As usual, please reach out to us with your comments and concerns. We really appreciate your feedback, so keep it coming! The best place to reach out to us is through our social channels below: