The Call of Duty compete every week, OpTic Gaming’s Ian ‘Crimsix’ Porter thinks that there is a bit of room to grow when it comes to the overall experience of the viewer.

Fans have been clamoring for a change to the CoD Caster for some time, and Crimsix thinks his fixes would vastly improve the matches for all audiences. The improvements could ultimately go a long way to attracting and retaining viewers by having a much more streamlined layout to follow.

Crimsix noted the immense clutter in the current iteration of the CoD Caster mode which serves as the main hub for spectating competitive matches. The OpTic pro thinks there is a lot of elements currently in the interface that can be easily taken out.

IMO: The most urgent fix needed for the @CODWorldLeague isn’t anything on their end, but I firmly believe that the COD Caster element of BO4 is way too cluttered. The player cube designs need a huge revamp. Numbers & Names on the Mini-Map need to be removed.

Although he admitted that the problem has little to do with the CWL itself, Crimsix still said that the Caster mode is trying to pack in too much information, leading to a less than ideal viewing experience.

“… I firmly believe that the COD Caster element of Black Ops 4 is way too cluttered,” Crimsix said. “The player cube designs need a huge revamp. Numbers and names on the mini-map need to be removed.” 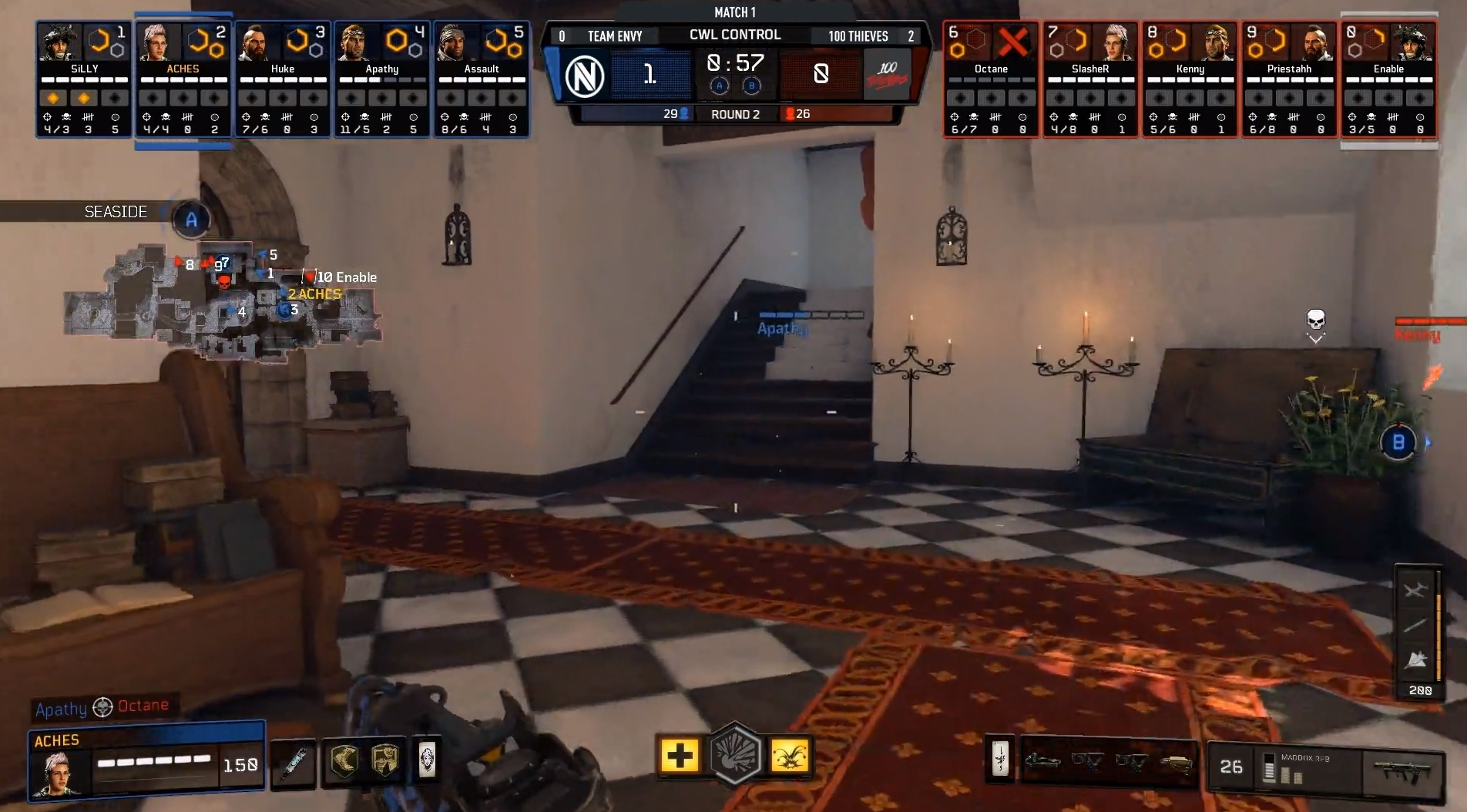 On a PC the games look good, but Crimsix thinks that most viewers on mobile would appreciate a less cluttered interface.

Further, the two-time Call of Duty World Champion said to make the “player arrow… highlighted along with the player cube box/outline. Highlighted color should be white and no teams should be allowed to have white as the text is difficult to see.”

Casters and pro players chimed into the discussion with most adding their suggestions, but generally agreeing with the OpTic veteran that a change in the hub was needed.

Or at least show the scoreboard after each map. Really not sure why they don’t

Am I the only one that confuses 0's and 8's? It's really hard for me sometines to know the remaining tine of a HP or the stats of a player if there's an 0 or an 8…

Numbers and names help for observers. As for white we need a neutral color to use to avoid issues for colorblind viewers. Having white and black helps a ton. I would love a larger minimap and some changes to the top part of the hud

Although the changes are small, Crimsix thinks that cleaning up the minimap of unnecessary text would let go a long way to improving the viewing experience.