The Black Ops 4 CWL Codcaster has become a meme

The Black Ops 4 competitive season is in full swing with the start of CWL Vegas and the event has been a success so far.

The new season has brought a number of exciting changes to the first day of Vegas, including five players per team, specialist abilities and a new game mode in Control.

Another major update is the Codcaster overlay, which shows more stats and information than ever before. 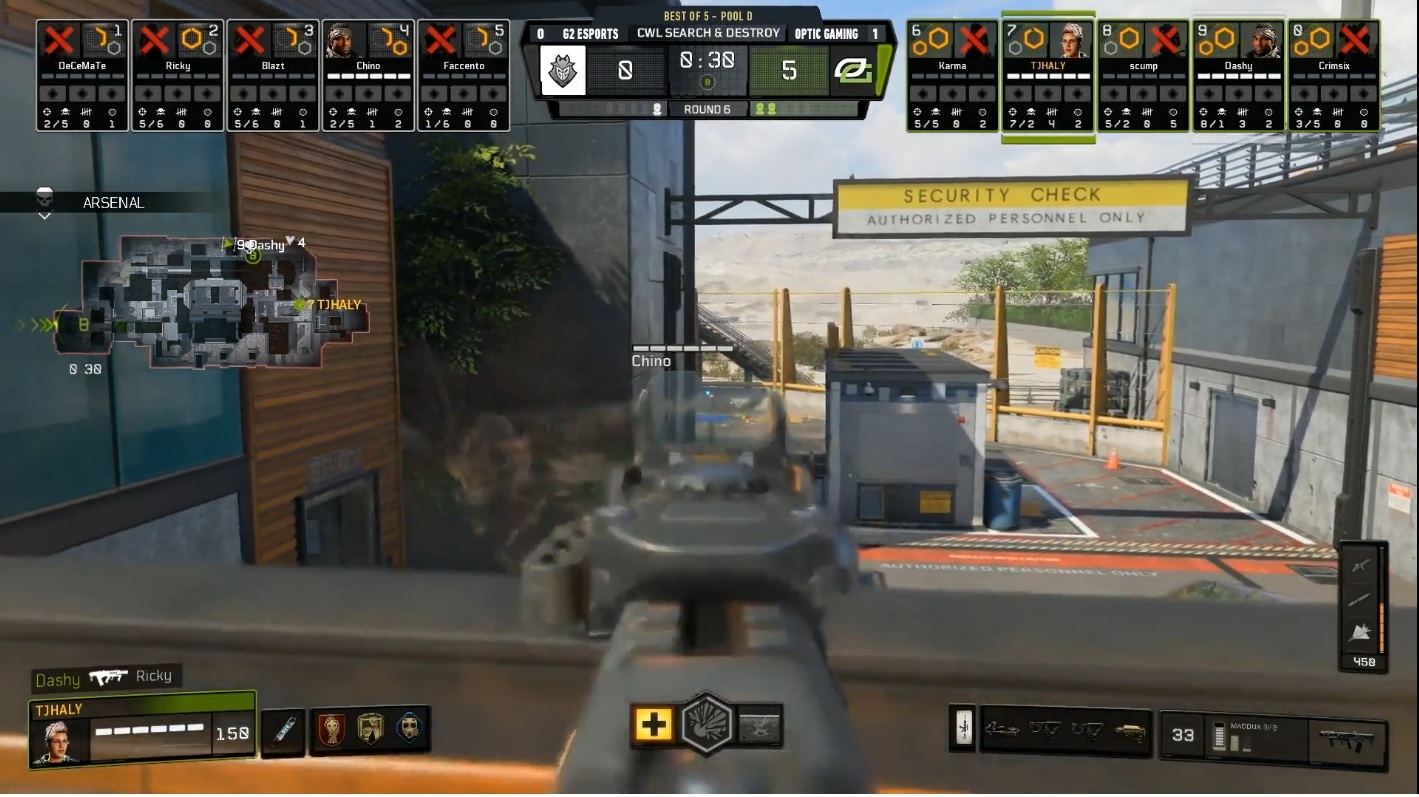 However, as some fans are hilariously pointing out, that information is a little hard to see.

One user figured out the perfect method for reading the new Codcaster, you simply need a high-powered telescope.

Me, trying to get info from the boxes at the top of the CODcaster. from r/CoDCompetitive

Another take on the meme explored what it would be like if other sports explored the design cues of the Black Ops 4 Codcaster.

The NBA and CWL have announced a new design partnership! from r/CoDCompetitive

Finally, someone discovered the true intentions of the CWL’s new Codcaster. You can save money by skipping those expensive eye doctor appointments, trying to read player stats will tell you everything you need to know about your glasses.

These new eye exams are getting out of hand. from r/CoDCompetitive

Call of Duty caster Maven offered a more serious take on the state of the Codcaster, something he relies on to do his job.

I like many of the changes to CODCaster. I understand it isn’t perfect, but it provides a lot of helpful information to viewers/casters.

But wow, I was surprised how different it felt vs prior years and watching scrims. I didn’t know where to put my damn eyes sometimes

“I like many of the changes to CODCaster. I understand it isn’t perfect, but it provides a lot of helpful information to viewers/casters,” said the caster. Maven spent much of WW2 wondering which players had scorestreaks, so the updated HUD certainly brings an improvement in that area.

He did agree with the complaints about the size of the fonts.

I think that’s the main thing that needs to be tweaked, font/ratio of some of the HUD elements.

CWL Vegas continues through December 9, check out all the action on Dexerto’s CWL Vegas Event Hub, get real close to the screen if you want to see player stats though.