Esports has slowly but steadily been spilling into the mainstream, with the latest instance occurring when famous Call of Duty teams were shown on YouTube’s First We Feast show, ‘The Hot Ones.”

The Hot Ones challenges celebrities to eat a series of chicken wings topped with hot sauce, each spicier than the last, while interviewer Sean Evans throws questions at them – and their latest episode featured images from prominent esports teams, OpTic Gaming and Evil Geniuses.

The interview was in its early stages when Evans and Seth Meyers were on the topic of the Late Night host’s appreciation for sports –  which prompted the interviewer to ask if esports is a real sport. 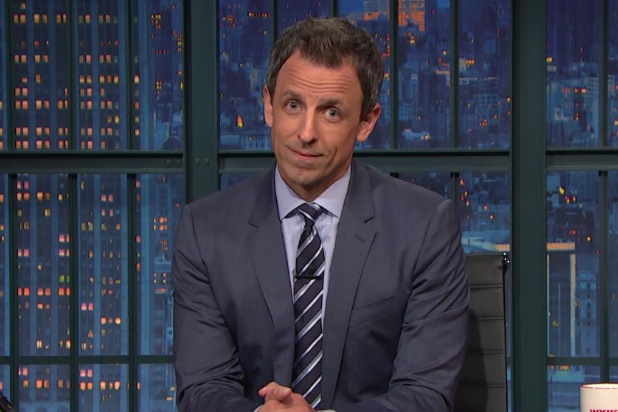 Seth Meyers has always had an appreciation for more nerd-centric areas of life, and esports is apparently on the list.

Although he didn’t initially accept esports as a sport, Meyers didn’t shy away or hesitate from the question, instead giving a staunch, “I do” when answering the interviewer.

“I will admit it, I didn’t immediately come to that conclusion,” Meyers said. “I mean to play a sport that is about reaction time and strategy, which a lot of sports are, and then not risk physical injury seems like a pretty good deal.”

(Timestamp at 7:09 for mobile viewers)

Meyers seems to have a deeper appreciation for esports, as he joked about the relative young age of most competitors.

“[Being an esports pro] seems like a short career,” Meyers said. “Younger kids have faster reaction times. I think faster than any sport that thing goes. I think at like 22 you’re basically Brett Favre.”

Brett Favre is a National Football League (NFL) legend who, during his older years, famously had an “on again, off again” stint with the notion of retirement.

Although the moment was brief in nature, the clip was another nod to the up-and-coming industry that’s well on its way to becoming a more permanent fixture in popular culture.