Activision and Infinity Ward have released the Season 5 trailer for Call of Duty: Modern Warfare, giving fans a glimpse of what’s coming next in the multiplayer and battle royale.

Season 5 may arguably be the most highly-anticipated chapter of Modern Warfare and Warzone, as players are expecting some major moves from developers Infinity Ward in terms of adding and making changes to the game.

Activision rolled out the trailer for the new season on August 3, and as expected, it’s full of promise that the next wave of in-game content will be both plentiful and impactful.

Season 5 is set to kick off on Wednesday, August 5 at 2 AM PT (11 PM PT on August 4) for the PlayStation 4, Xbox One, and PC. PS4 users are reporting that a 34-36GB update is already available for pre-download, but you won’t be able to install it until the new season launches.

It’s been a good few months since Warzone made its surprise debut back in March, but more and more players were expressing that the popular battle royale may have started to grow a bit stale.

It appears that Infinity Ward are taking a big step in addressing those concerns, as Season 5 looks like it’s going to be the biggest one in terms of what changes and additions are coming to Verdansk.

First of all, the Stadium location, which has been inaccessible thus far, will finally be opened, as the trailer above shows the rooftop being blown away and revealing a sprawling POI inside.

The Warzone Stadium is finally going to open up in Season 5!

It’s also hard to miss the massive new train that’s been added to the map, which looks like it’ll both carry loot for players to pick up and also offer them a way to traverse around the map quickly, and perhaps allow them to play more aggressively.

The new train on the Warzone map will allow players to travel around the map more quickly.

There’s also the matter of the new ziplines, which were teased briefly but long enough to indicate that they will be used as an alternative access point to the rooftops of some of the taller structures in Verdansk, such as the Stadium and other high-rise skyscrapers.

This is likely in response to the growing complaints from the community that too many players camp rooftops in Warzone, and some of those areas have only one or two predictable ways to get up there so it can be hard to challenge them.

Don’t worry multiplayer fans, Season 5 isn’t all about Warzone. In fact, there’s quite a bit of new content for you to enjoy, such as two new maps for 6v6 playlists, one for Ground War, and one more for Gunfight.

The 6v6 maps are called Suldal Harbor and Petrov Oil Rig, the Gunfight one Livestock, while the Ground War map is Verdansk International Airport, themed after the massive location on the battle royale map. 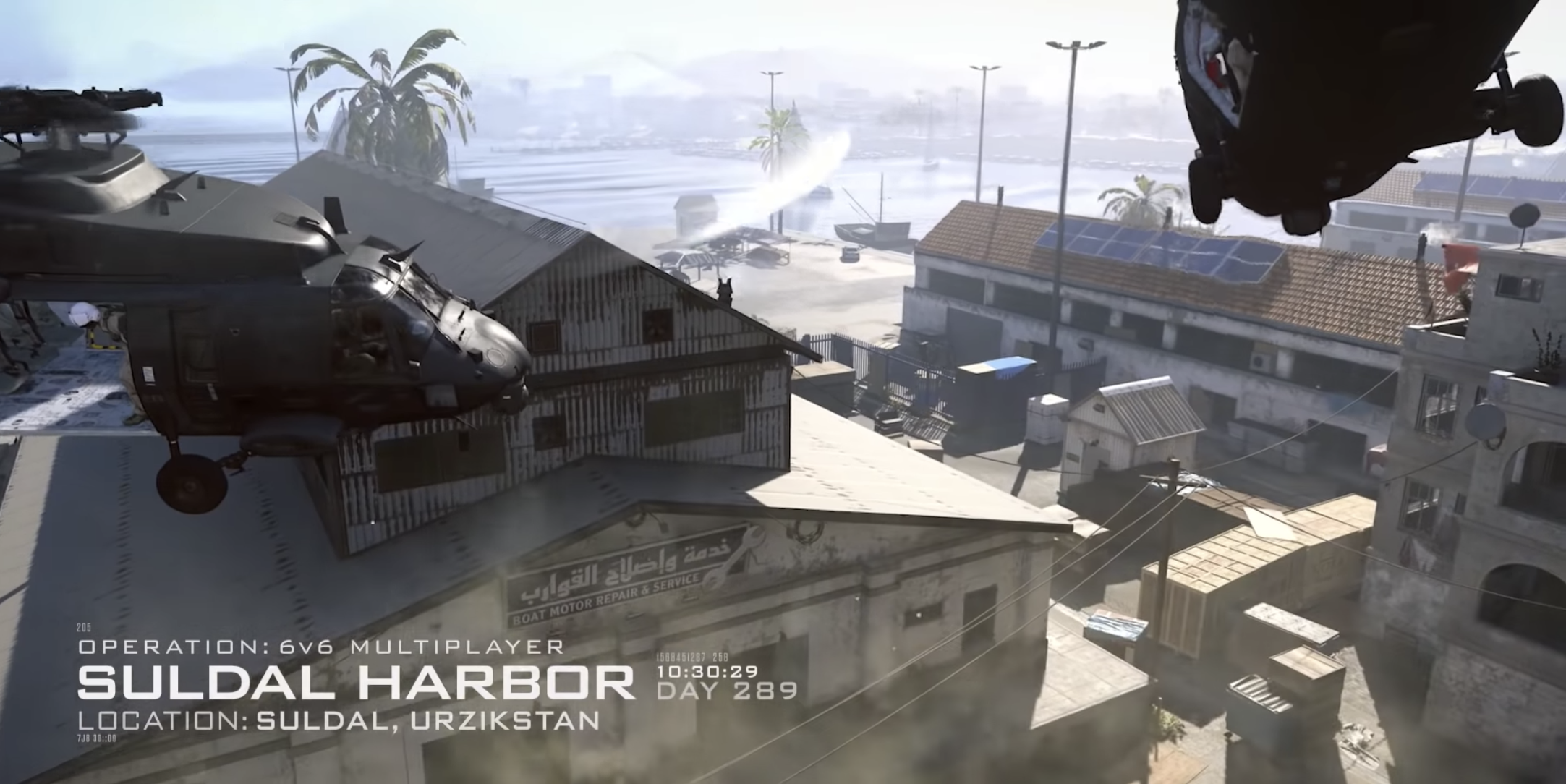 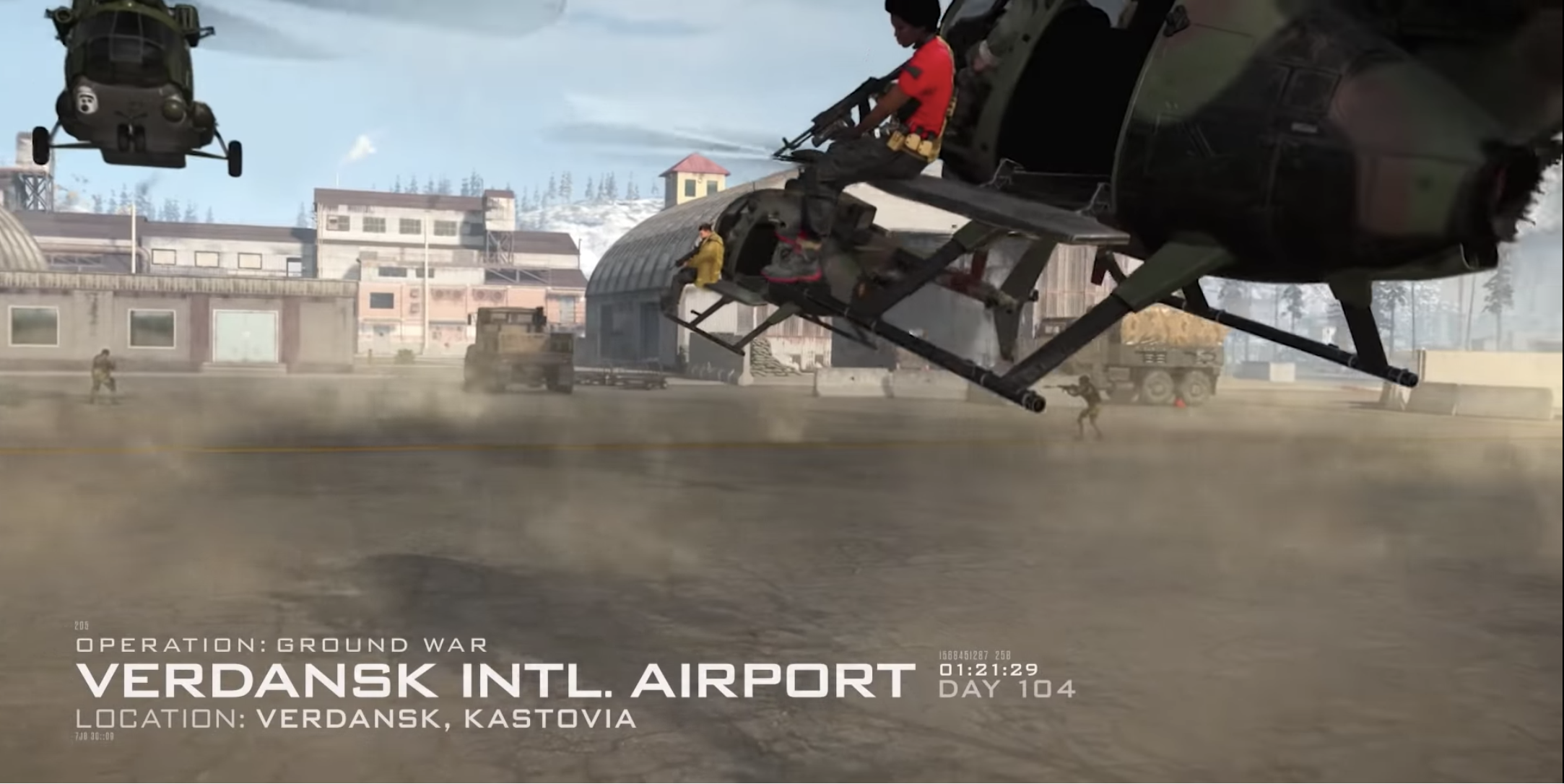 We also know that the brand new Shadow Company faction will be making its debut, complete with three Operators that will come as part of the Battle Pass.

In addition, as per usual, a minimum of two new weapons will be introduced, and while technically they haven’t been announced officially, it’s highly that they’ll be remakes of the AN-94 assault rifle and ACP9 Submachine gun, although probably labeled with different names. Based on this official image, the two new guns for Season 5 will likely be the AN-94 assault rifle and ACP9 SMG.

Make sure to follow us on Twitter @DexertoINTEL as we will be providing all the latest news, leaks, patch notes, and everything else having to do with Season 5 both pre- and post-launch.