Karma and Parasite Voice Concerns Regarding 'Bullet Drop' Being Added to the CoD: Black Ops 4 Beta - Dexerto
Call of Duty

Karma and Parasite Voice Concerns Regarding ‘Bullet Drop’ Being Added to the CoD: Black Ops 4 Beta

On Thursday, August 2, Treyarch Developer Tony Flame revealed that the Call of Duty: Black Ops 4 Beta will implement a new ‘ballistics system,’ also known as ‘bullet drop,’ into the title as a form of test.

If permanently implemented, bullet drop in traditional multiplayer would be one of the largest changes to the series in recent years and could potentially revolutionize the way weapons are used by players.

Following the announcement, Karma mentioned that the new feature would be ‘interesting,’ with Parasite responding to the three-time World Champion stating why he does not believe bullet drop works well on consoles. 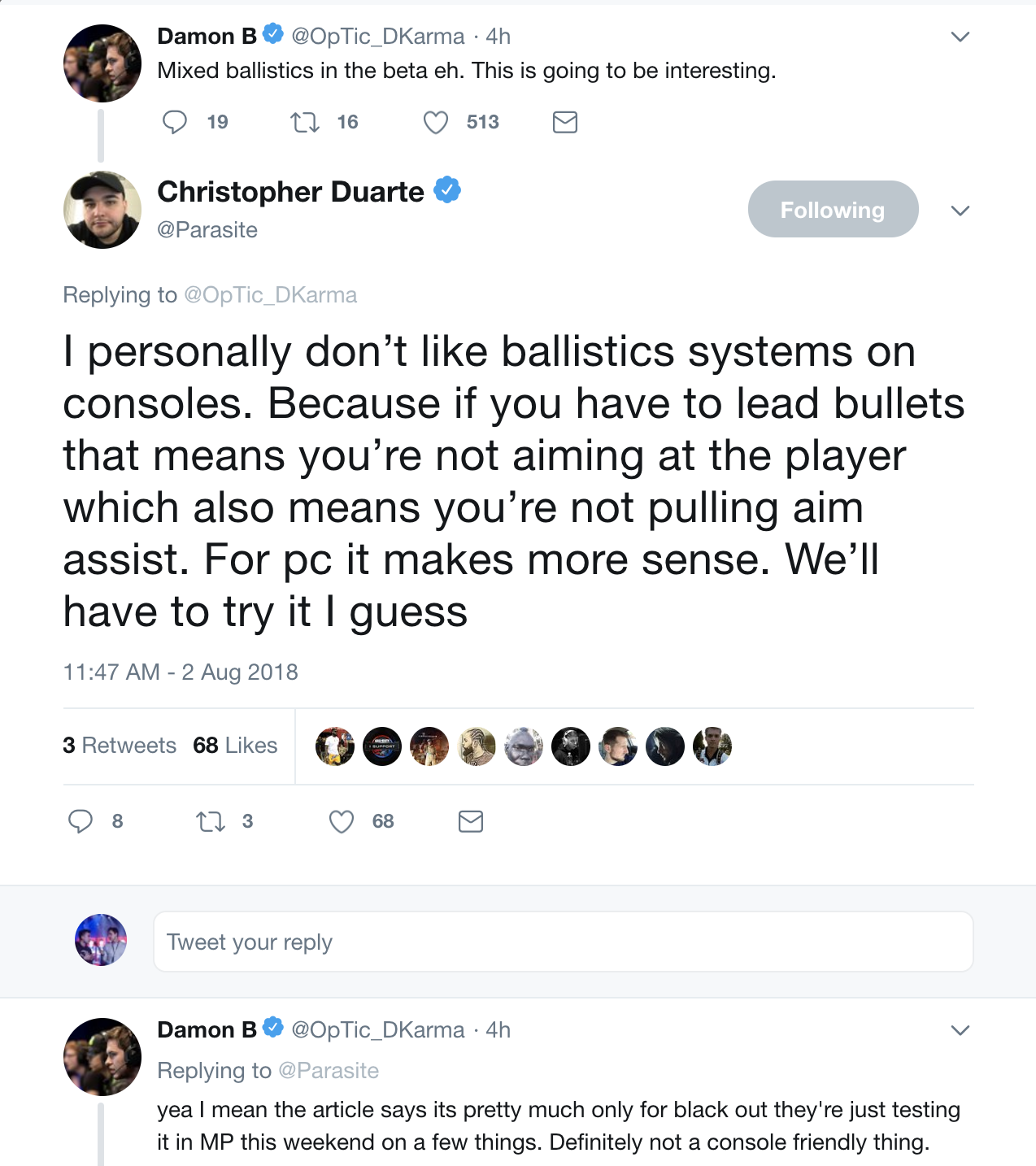 According to the Treyarch Dev, the ballistic system was added as a ‘test’ in multiplayer after originally being designed for the ‘Blackout’ Battle Royale mode.

However, at the time of writing, it is unknown if bullet drop will remain in Black Ops 4 multiplayer, with Treyarch likely waiting for community feedback following the completion of the Beta.

PlayStation 4 users will have the first opportunity to play the Black Ops 4 Multiplayer Beta, which is set to kick off on Friday, August 3 at 10 AM PST and will run until Monday, August 6 at the same time.