The Call of Duty: Black Ops 4 private beta is now only a day away, and to ensure you don’t miss out, here’s everything you need to know to get involved.

The multiplayer beta begins for PS4 players first on August 3 at 10am PT, and will run until Monday August 6 at these same times.

The following weekend, August 10-13, the beta will be available for PS4, Xbox One and PC – but only if you have pre-ordered the game. On Saturday August 11, all PC players will be able to play the beta without a pre-order.

The only guaranteed way for console players to get into the beta is by pre-ordering the game. You can do this at a retailer, or digitally on the PlayStation Store, Xbox Store or Battle.net for PC.

If you pre-order at a retailer, you will be given a token to redeem on the Call of Duty website. this will then give you the code for your platform of choice, console/PC.

If you pre-ordered digitally via the PlayStation or Xbox One store, you don’t need a code. You will be able to download the beta through the store as soon as it becomes available.

You will be able to pre-load the beta onto your console so you can jump right in straight away. Pre-loading should become available at 10am PT (1pm ET, 6pm BST) on Thursday August 2. You will also likely need around 20 GB of free space on your console to download the beta.

*UPDATE: Pre-loading is now available for digital pre-orders on PS4 – simply go the PlayStation store and search for Black Ops 4. 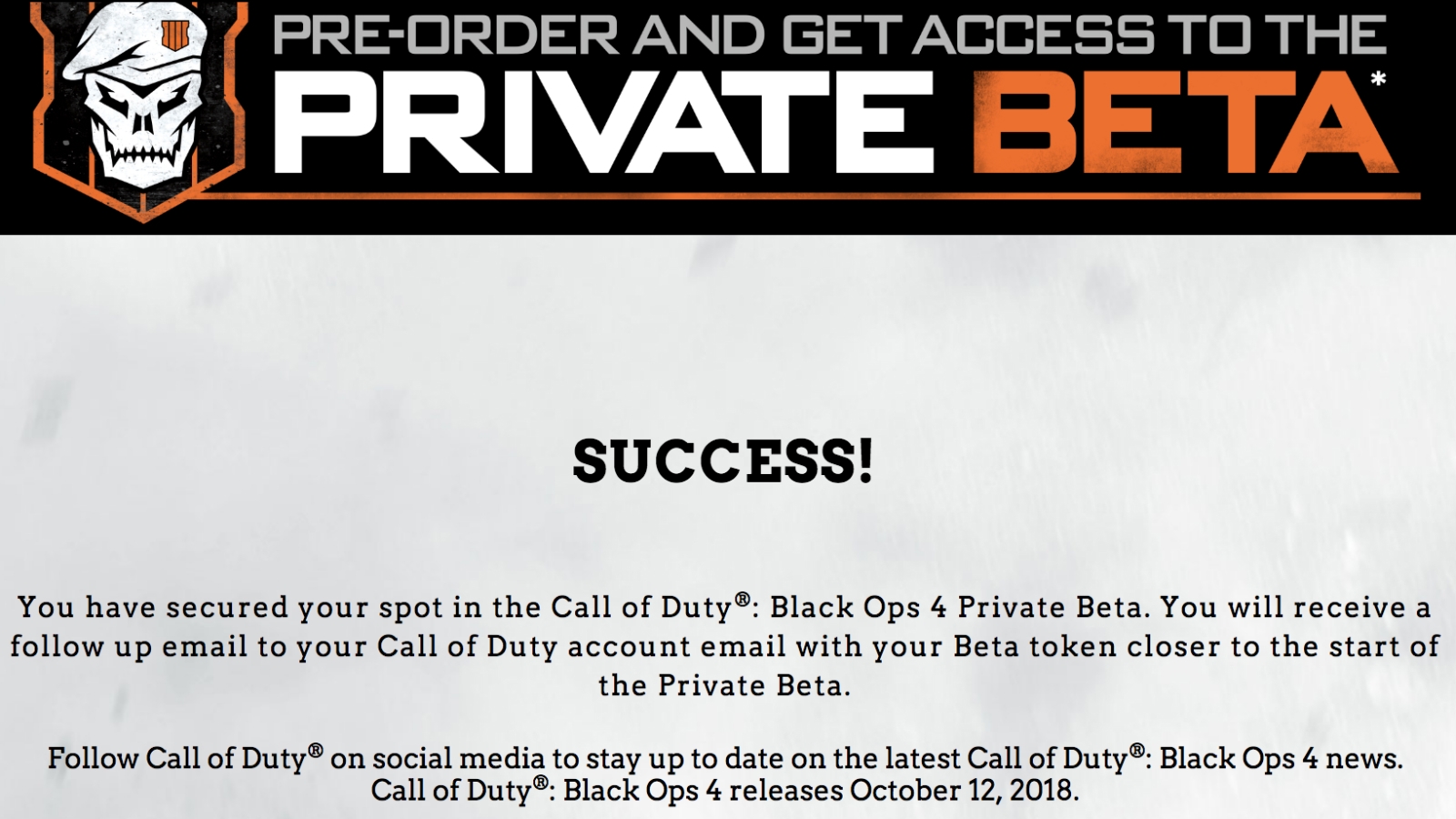 In previous Call of Duty beta’s you did not need a PlayStation Plus membership to play. However, you did need Xbox Live Gold.

Also, while your progress from the multiplayer beta will not carry over into the full game, you will receive some neat rewards for playing.

Blackout, the new battle royale mode coming to Black Ops 4, will not be available in the mulitplayer beta.

For that you will need to wait until September, but no set dates have been announced yet by Activision/Treyarch.