One dedicated Modern Warfare account, ‘P-Hami’, has remarkably become the first in the world to reach 100,000 kills in Infinity Ward’s latest Call of Duty installment, less than two months after the game’s release.

While some fans have even stopped playing Infinity Ward’s latest CoD installment, some are grinding just as much as always. However, in a player-base of millions, one stands out in terms of enemies conquered. 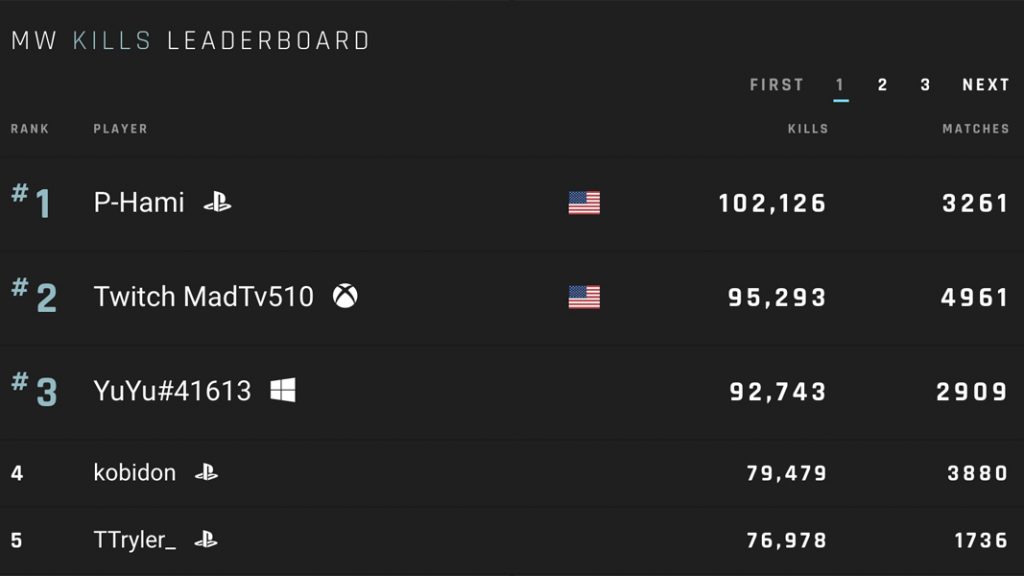 The current kills leaderboard (as of December 15) puts second place nearly 7,000 kills behind.

Stunningly, P-Hami has nearly 19 days played, despite the fact that Modern Warfare came out just 51 days ago (at the time of writing). Having played 3,270 matches in this time, we calculate that Hami averages over 64 matches per day. This is assuming they have taken no prolonged breaks from playing.

Most insane is the account’s playtime. As of December 15, Modern Warfare released approximately 1,250 hours ago – P-Hami has spent over 450 hours playing the game.

It will be no surprise to Modern Warfare fans that Hami’s most used weapon is the MP5 SMG, with which they have over 13,000 kills. The MP5 is the most popular and versatile SMG in the game, currently used by professional players.

Similarly, the player’s second most popular weapon is the M4A1, which is the assault rifle of choice for professional players. The two weapons combined account for nearly ¼ of Hami’s kills. 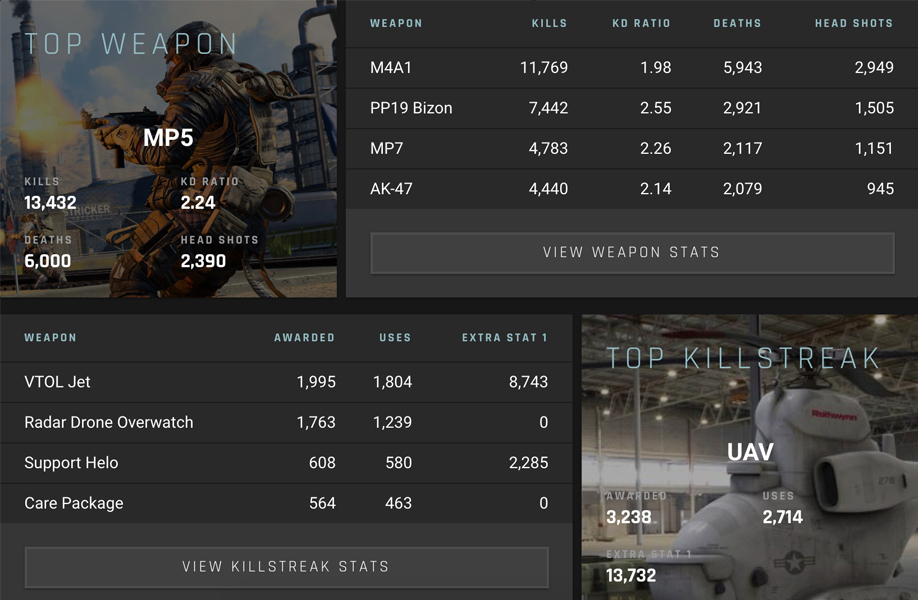 Finally, their top killstreak is the standard UAV, which he has earned over 3,000 times. The most used lethal killstreak on the account is V-TOL Jet, with which over 8,000 enemies have been killed.

The account may well be used by multiple players rather than just one, which would go some way to explain the incredible amount of time played.

Regardless, it makes for interesting reading to see the statistics behind the number one account in the world for kills on Modern Warfare.