With the competitive Call of Duty season now over, many in the community have turned their focus to Blackout battle royale, giving top content creators the audience they need to host a massive tournament.

Below, you can find all of the details for this competition, including the schedule, streams, format, players, and more.

When does the $5K Blackout Pro-Am start?

Because there is no central stream for this tournament, we have included the personal Twitch channels of several top individual competitors below, for your convenience.

The bracket for this tournament will be run by BoomTV, who will be continuously updating it live throughout the day as the results come in.

An up-to-date look at the bracket will be available on the event web-page once all of the teams have been drafted.

Who is playing in the $5K Blackout Pro-Am?

This Blackout community event is set to feature some of the biggest and most prominent streamers, YouTubers, and pro players in the Call of Duty scene.

Names like Dr Disrespect, H3CZ, Pamaj, Maven, and more will make up the content creator side, while FormaL, ACHES, Clayster, and many more will represent the pro players.

The full list of players can be found below: 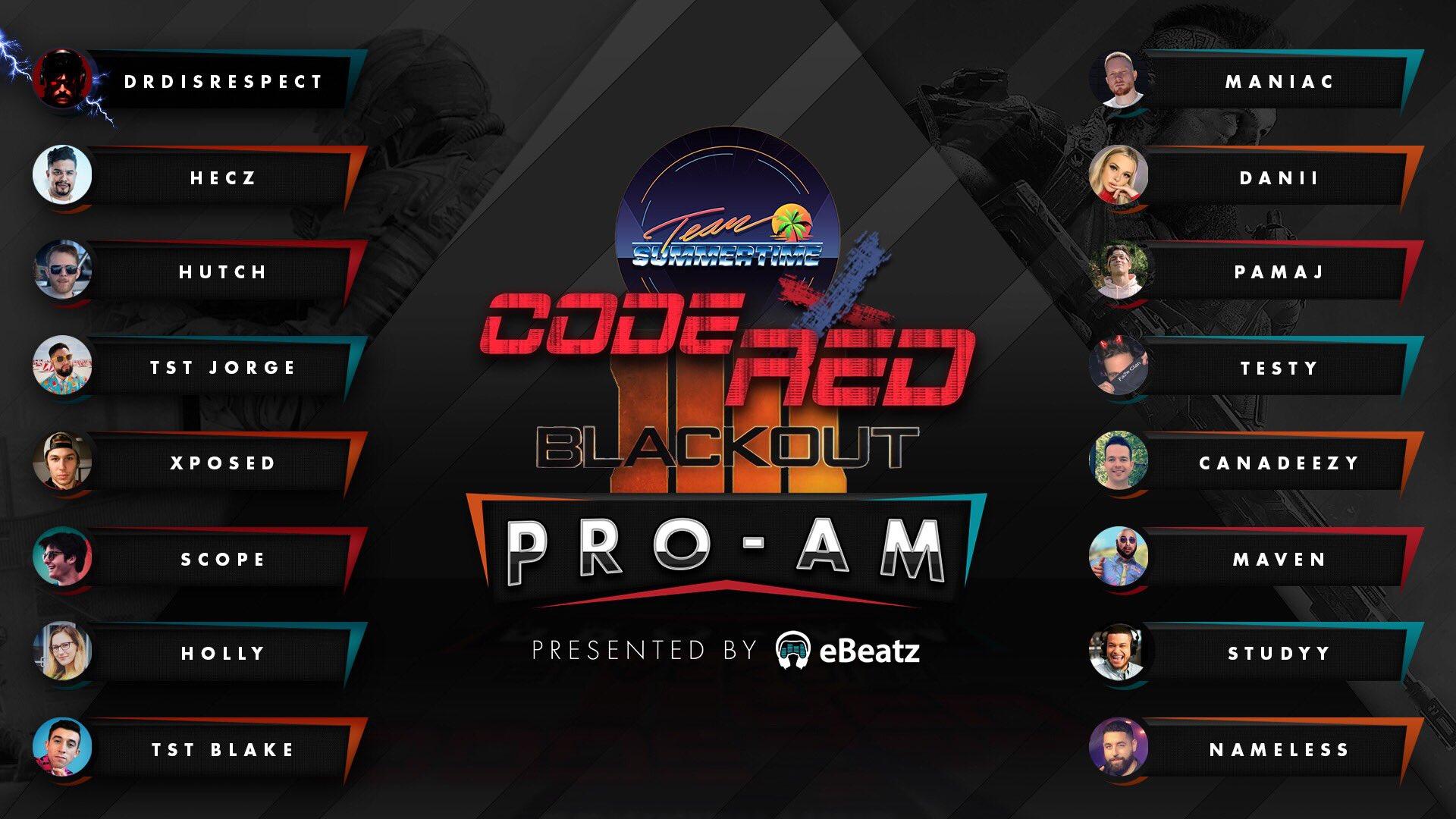 What are the teams for the $5K Blackout Pro-Am?

The teams for this competition have not yet been determined, as BoomTV will be hosting a draft to decide the pairs, with each content creator serving as a captain that gets to pick the pro player companion of their choice.

This draft will take place also on September 4, starting at 11 AM PT / 2 PM ET / 7 PM BST, and will be streamed live on Hitch’s Twitch channel, which we’ve included below.

What is the format for the $5K Blackout Pro-Am?

Once the teams are determined, the duos matched up against each other will load into two public Squads lobby together, where they will each attempt to try and get as many eliminations as possible.

After to maps, the duo with the more eliminations will be considered the winners and advance to the next round. If the kill-count is tied between teams after two maps, then a third tiebreaker game will be played.

The bracket will be double elimination, meaning teams will have to lose twice before they are eliminated.