The Toronto Home Series has now wrapped up, with hosts Toronto Ultra claiming victory and defending their homestand! Check out our full CDL Toronto recap for the final placements, Grand Final highlights, and more.

The end of the CDL 2020 regular season is finally upon us, as the Toronto Home Series is the final tournament before the Playoffs and Championships kick off in August.

A lot of eyes are on this event, not just because it’s the final chance for teams to improve their seeding for the postseason, but also because the league’s top-four teams are all competing.

All Call of Duty League events this season are being broadcast exclusively on YouTube, and so you can watch the Day 3 livestream for CDL Toronto below.

Here are the brackets for Groups A and B at the Toronto Home Series, as well as the playoffs once the group-play matches have all concluded. 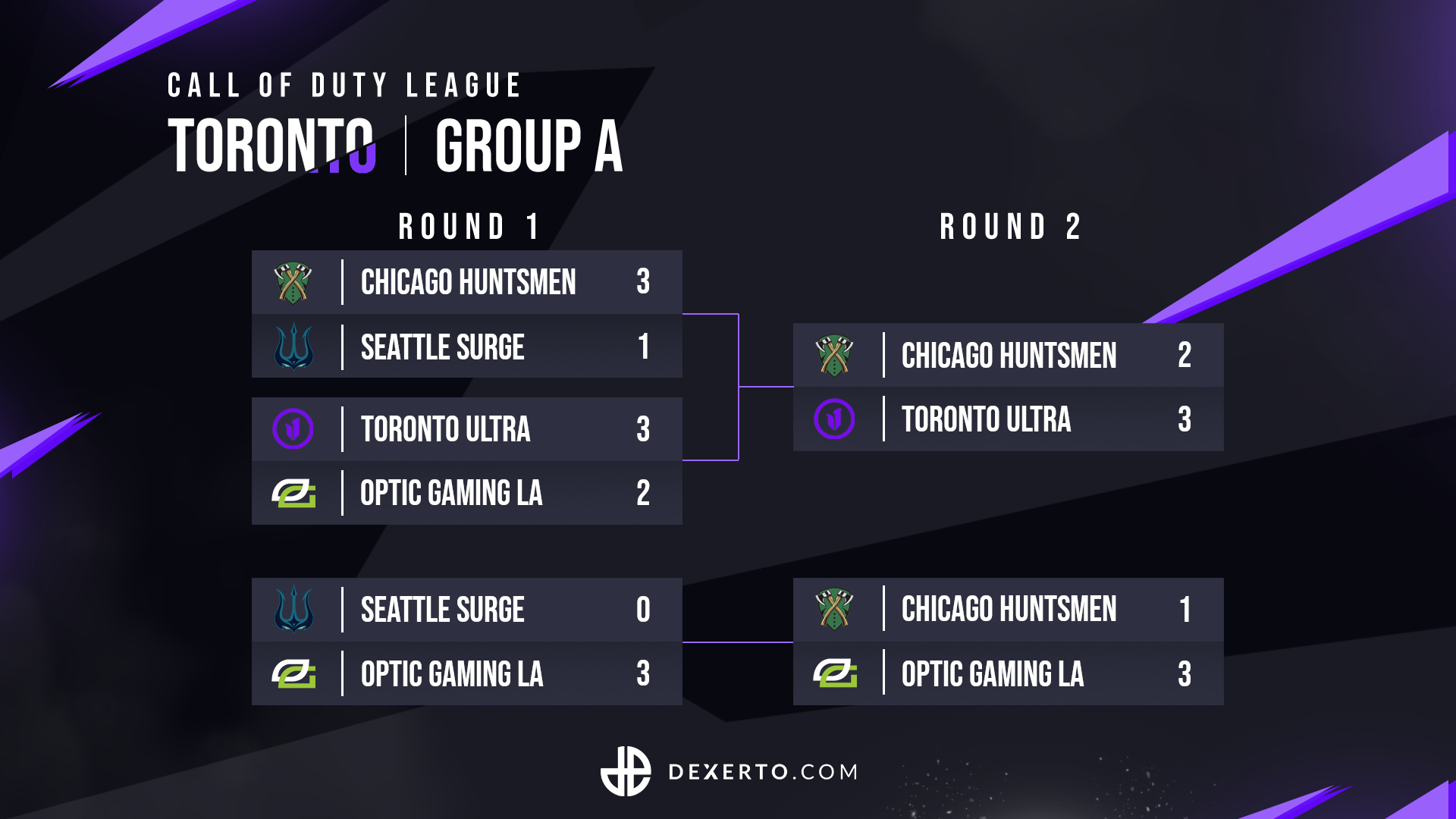 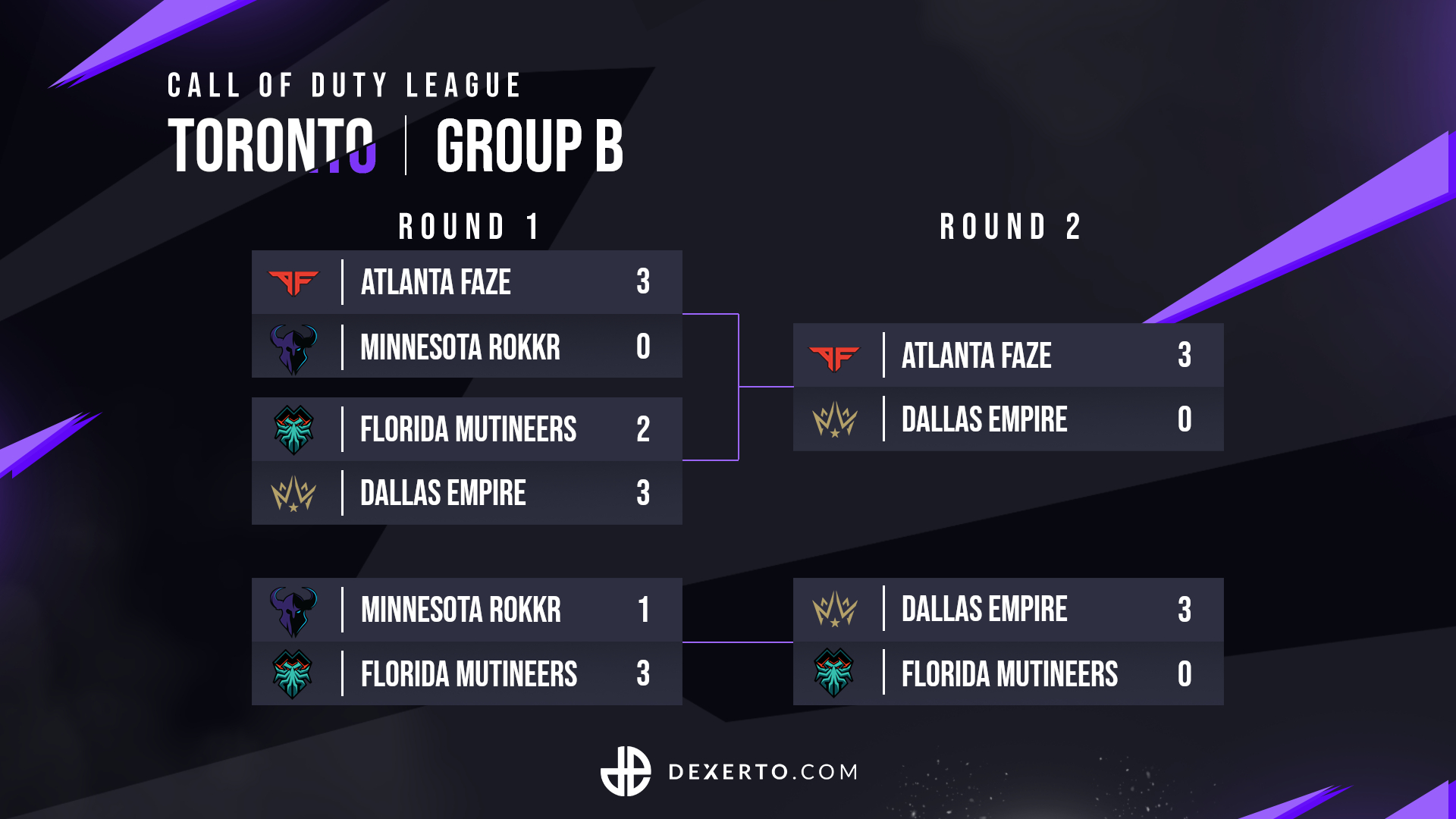 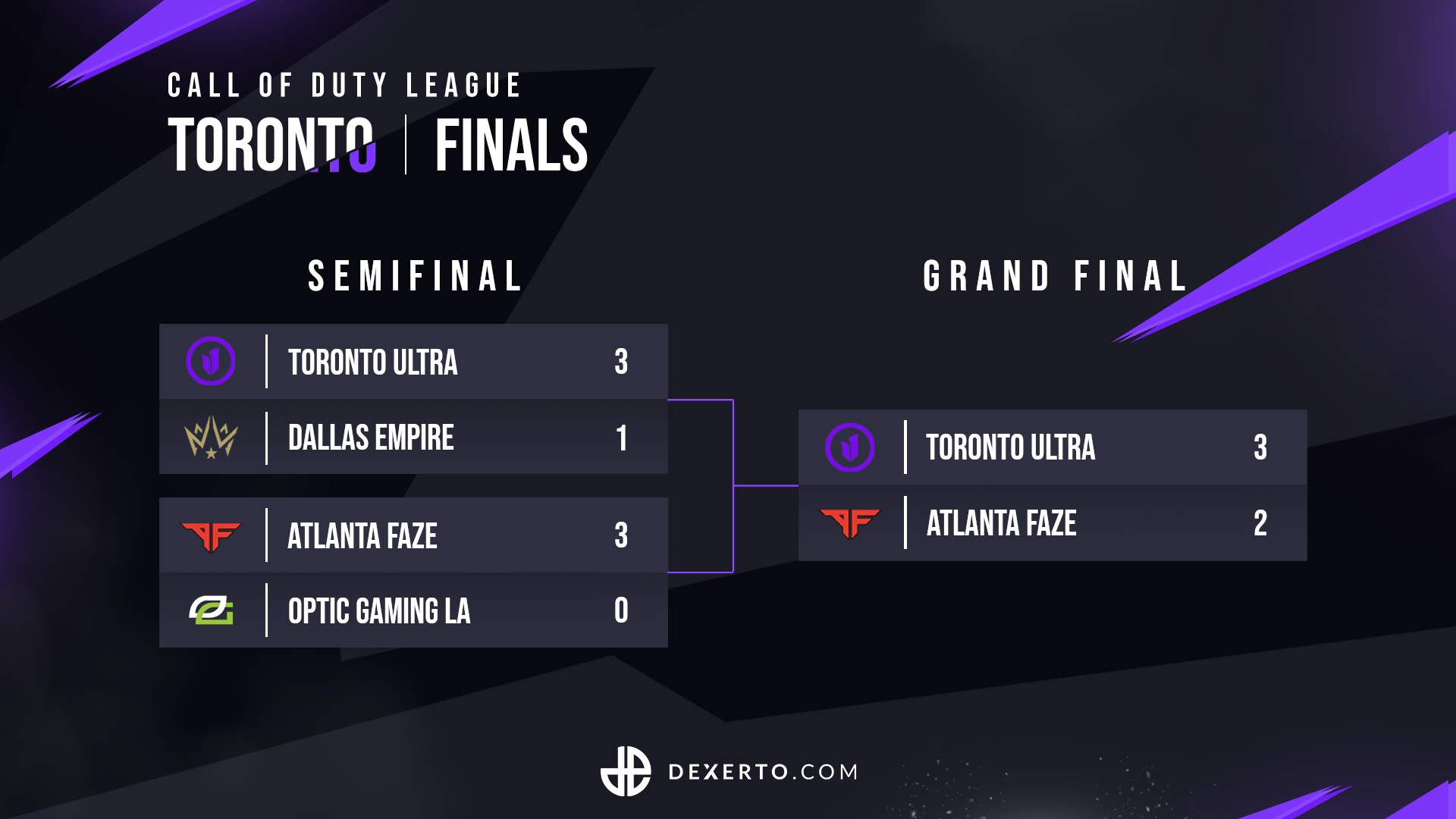 Make sure to check out our CDL Toronto final placements page to see where each team placed, along with their CDL Points & prize money earnings from this weekend.

Within two pre-determined groups of four, the eight competing teams play a double-elimination bracket to determine who gets to advance to the all-important semifinals

Once the group stage is over, the single-elimination playoff bracket begins, with the winner of Group A facing the second-place team from Group B in the semis, and vice-versa.

As per usual, there’s a $100,000 prize pool for this Home Series, but perhaps more importantly, a solid chunk of CDL Points are on the line as well. Each win is worth 10 points, with an additional 10 going to the champions, which means that they’ll end up earning the maximum 50. 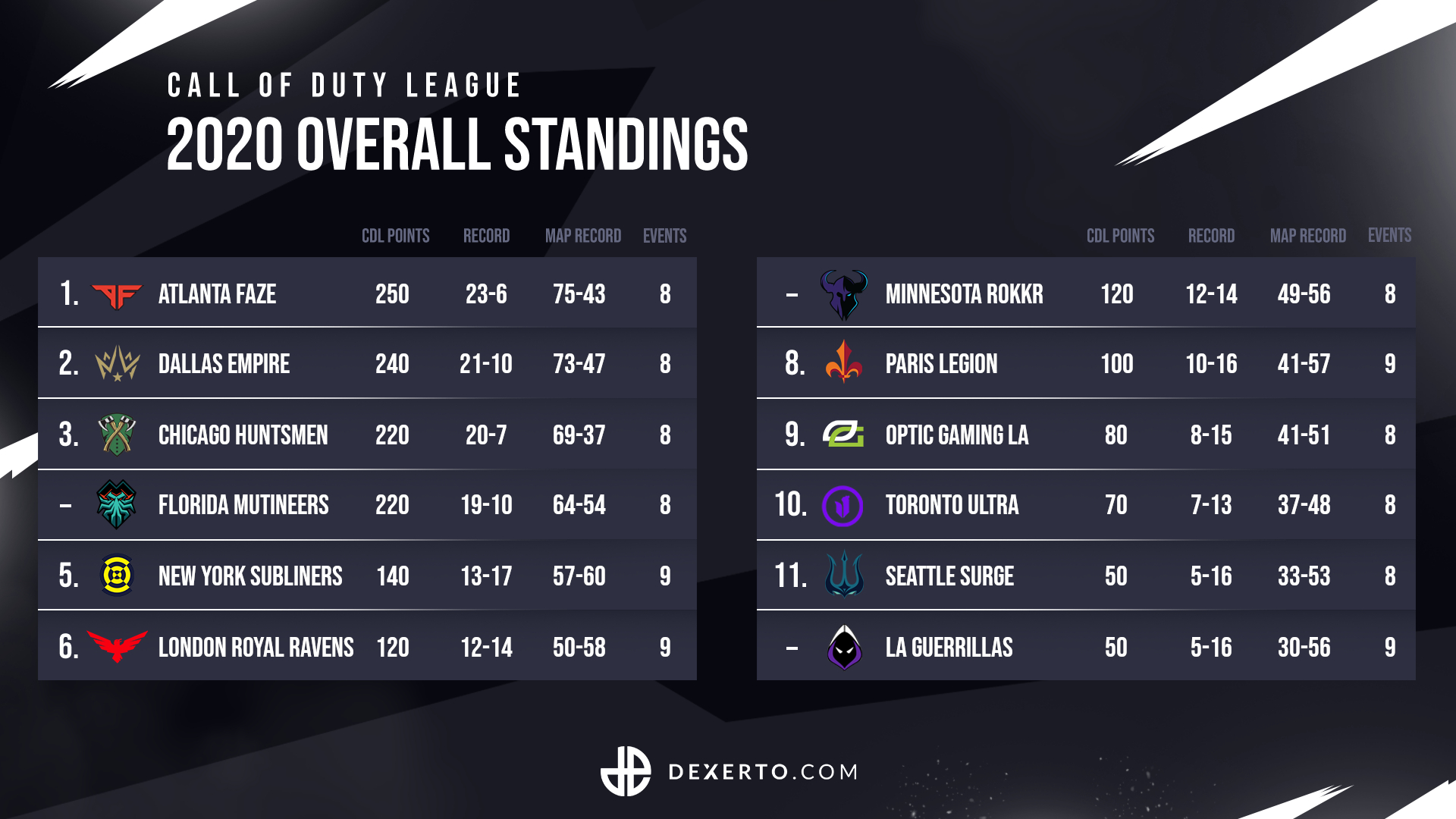 The current 2020 CDL standings heading into the Toronto Home Series.

As mentioned above, the current top-four teams in the 2020 standings are all competing at CDL Toronto, making this one of the most star-studded events of the season.

Seeing as how this is the final Home Series before the postseason kicks off, and the fact that it’s such a short turnaround from CDL London, no roster changes are expected to have been made in the leadup to this tournament.

Still, in addition to all the huge names that will be front and center, we also do get to see OpTic Gaming LA’s new-look lineup in action for the second-straight week, after their rookies Drazah and Hollow had bright flashes last weekend.