The fan favorite Hot Pursuit Blackout playlist has been removed again. Hot Pursuit has been temporarily sacrificed because of the second Call of Duty Blackout map, Alcatraz, and the re-introduction of Hardcore Quads.

Call of Duty surprised fans with the shock announcement that the teased Alcatraz location would in fact be an entirely new map. It had been expected to be a new location, or “point of interest”, similar to Hijacked or Ghost Town.

Players are still getting used to the drastic change in gameplay that Alcatraz offers. It’s an especially steep learning curve for those who are utilizing the Blackout free access promotion, as many of these players will be experiencing Call of Duty’s battle royale for the first time.

For some though, the introduction of Alcatraz has proven disappointing. This isn’t because Alcatraz is bad, far from it, but because it has come at the expense of arguably Blackout’s finest creation to date. 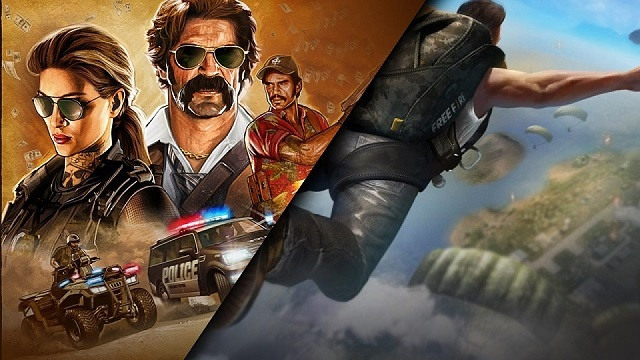 Hot Pursuit has been removed from Blackout, at least for now, to the dismay of COD fans…
[ad name=”article2″]

The Hot Pursuit mode was added as part of the Operation Grand Heist update. It combined the concept of “Down But Not Out” and new vehicles. The respawn mechanic along with the fast pace of police vehicles and getaway sports cars resonated with Blackout players.

However, this mode has now been removed, presumably to encourage players to try Alcatraz. This is surprising for two reasons, firstly, the hype for Alcatraz meant there would have been no shortage of players. Secondly, it makes little sense to remove the mode that had received the most positive feedback.

Update: Hot Pursuit was re-added to the Blackout playlists but from April 19 it has been removed once again. Instead, Call of Duty battle royale players have been given Hardcore Quads. Charlie Intel suggest it will be added again on April 23.

Hardcore Quads in Blackout is now live for all platforms through April 23 in Black Ops 4. Hot Pursuit has been removed for the time being. pic.twitter.com/g7K2RQ64Tk

One player seemed so annoyed by Hot Pursuit being removed, that they said they were going back to Apex Legends – one of Blackout’s biggest competitors.

what happened to Hot Pursuit? Wtf ? Going back to Apex Legends.

While some reacted angrily to the news, others took a more tactile approach when confronting Call of Duty on Twitter.

“It would be awesome to have hot pursuit as a permanent blackout mode,” said @Two_4_juan on Twitter. “I feel like it’s a good medium in reference to Alcatraz and standard quads.”

It would be awesome to have hot pursuit as a permanent blackout mode. I feel like it’s a good medium in reference to Alcatraz and standard quads.

Tweets varied in tone but the sentiment was unanimous: Call of Duty players want Hot Pursuit back, and back permanently.

Where the hell is the Hot Pursuit mode for Blackout?! Bring it back! @CallofDuty @Treyarch @Activision @ATVIAssist

@DavidVonderhaar Awesome map i love it, but pls keep hot pursuit, hardcore and ambush permanent. It will be amazing.

Needless to say this particular tweet basically sums up Blackout fans feeling on that matter.

Hey @Treyarch @CallofDuty STOP TAKING OUT HOT PURSUIT. IT IS THE MOST PLAYED GAME IN BLACKOUT. IM SURE YOU ARE GETTING COMPLAINTS. PUT IT BACK IN PERMANENTLY. OR UNITL THE SEASON ENDS.

The feedback is clear: fans want Hot Pursuit brought back.

Call of Duty and Activision will be keen to keep as many battle royale players on Blackout as possible, and the developers are sure to see the almost unanimous feedback.