Legendary Call of Duty organization FaZe Clan have officially made their return to the top level of the esport after missing out on Pro League qualification, acquiring the spot of now-defunct Red Reserve.

The move was heavily rumored prior to the official announcement, woith numerous leaks and hints from players that the organization which has its roots in Call of Duty would be making a comeback.

FaZe hadn’t completely left CoD esports however, as they continued to field their ‘FaZe Black’ roster, which won the amateur segment of the tournament at CWL Fort Worth. 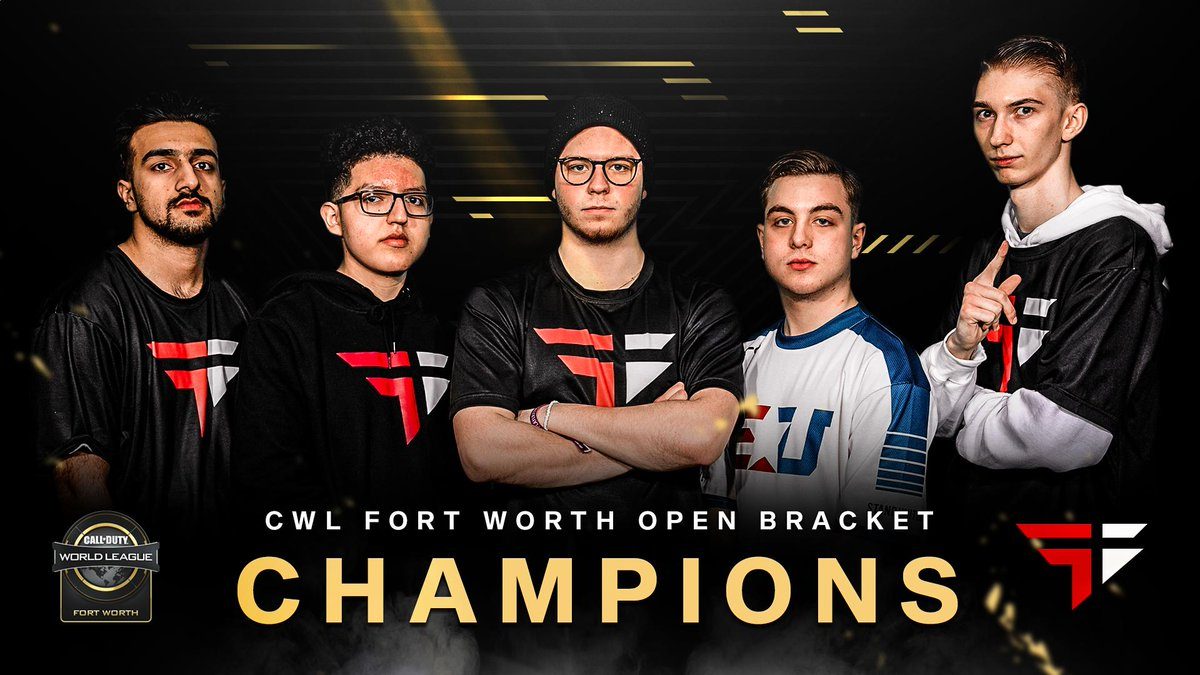 FC Black won the open tournament at CWL Fort Worth.

They have promoted two players from that FaZe Black roster, Obey ‘Asim’ Asim and McArthur ‘Cellium’ Jovel, to the main squad now, as well as brining on board two of the former Red Reserve players, Matthew ‘Skrapz’ Marshall and Trei ‘Zer0’ Morris.

Rounding out the roster is long time FaZe star Tommy ‘ZooMaa’ Paratto, who spent a short time as a sub for OpTic Gaming in the Pro League already in Black Ops 4, but stuck with his official position under FaZe even after missing out at the qualifier.

FaZe Clan’s return to the CWL and the pro level of Call of Duty was somewhat expected, especially with franchising on the horizon for the 2020 season, but they were perhaps fortunate to have Red Reserve’s financial troubles provide an opportunity so early, and reportedly for so cheap.

FaZe Clan has officially re-entered the @CODWorldLeague with a roster of ZooMaa, Cellium, Asim, Skrapz, and Zer0 :writing_hand:️

Our first games will come at CWL London, from May 3rd-5th! #FaZeUp pic.twitter.com/EsCcNuDV8q

By acquiring Red Reserve’s spot in the Pro League, retaining the talents of Skrapz and Zer0, they will hold on to the 5-6 record which the previous all-British roster had attained.

They also take their position in Pool C for the upcoming CWL London, where they will face eUnited, Team Envy and Evil Geniuses – the latter two of which also made major roster overhauls.

CWL London begins on May 3, which will be the first time FaZe fans will see their professional team back in action since the disappointment at the last chance qualifier in January.