Every scorestreak in Black Ops 4 revealed in new leaks

Every scorestreak in Call of Duty: Black Ops 4 multiplayer has been revealed, thanks to numerous leaks from players with a copy of the game early.

Black Ops 4 is not set to release until October 12, but as usual, a number of fortunate individuals have managed to get a copy of the game early.

It is not possible to play the game online yet, as the servers are unavailable until an update is released closer to launch, but these players have managed to see some of the in game menu screens.

In addition to seeing the complete map list, which was already confirmed, they have also found the scorestreak menu, which has some new additions since the beta.

In total, there are three new streaks that were not available during the multiplayer beta. First is the Dart, which makes its return from Black Ops III, somewhat inspired by Black Ops II’s ‘Hunter Killer Drone.’

The other two streaks are pretty unique, and not like much we’ve seen before in Call of Duty. The Drone Squad will “call in a squadron of autonomous drones outfitted with machine gun turrets’, and the Sniper Nest will “call in the support of two heli snipers”. 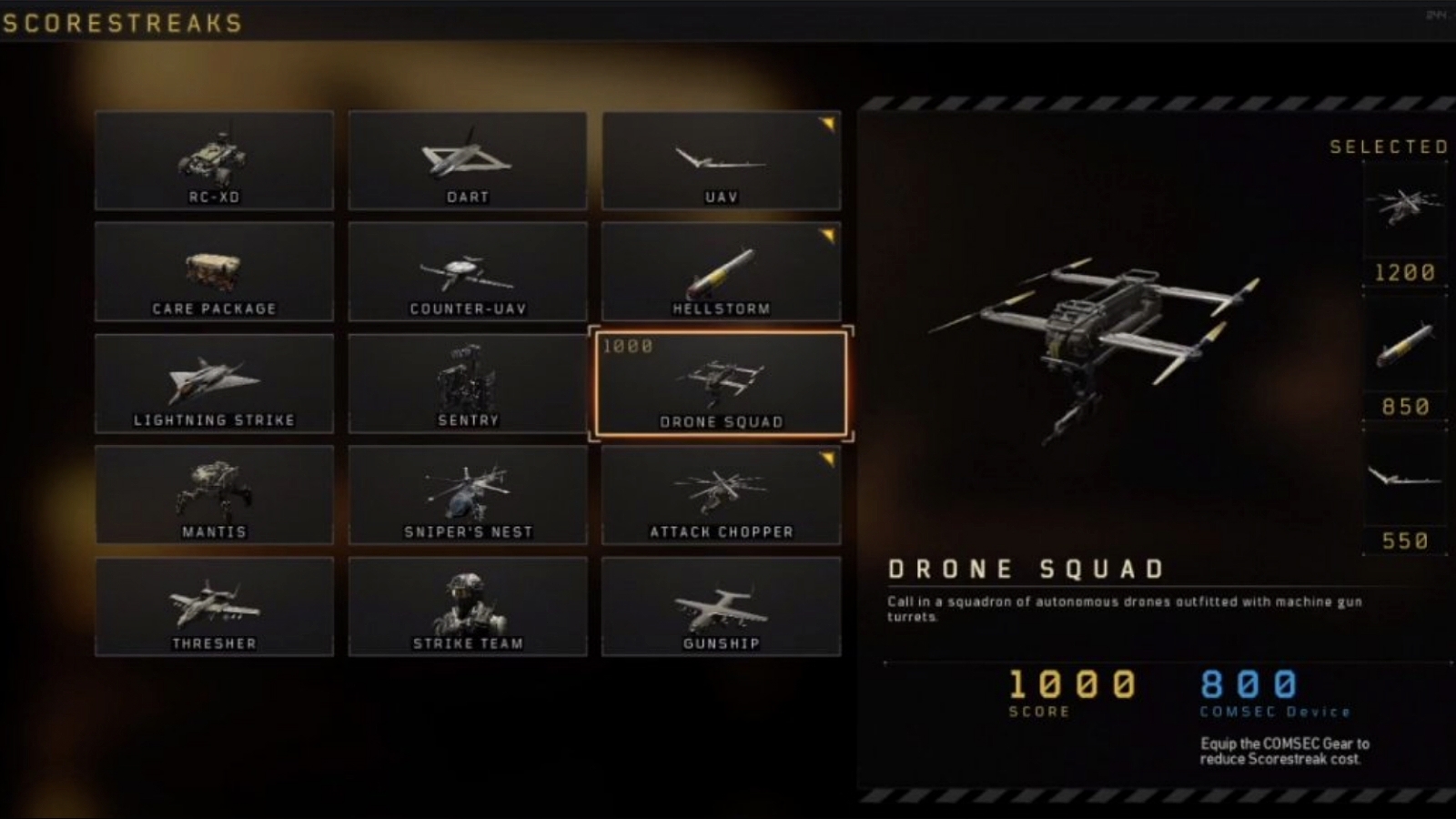 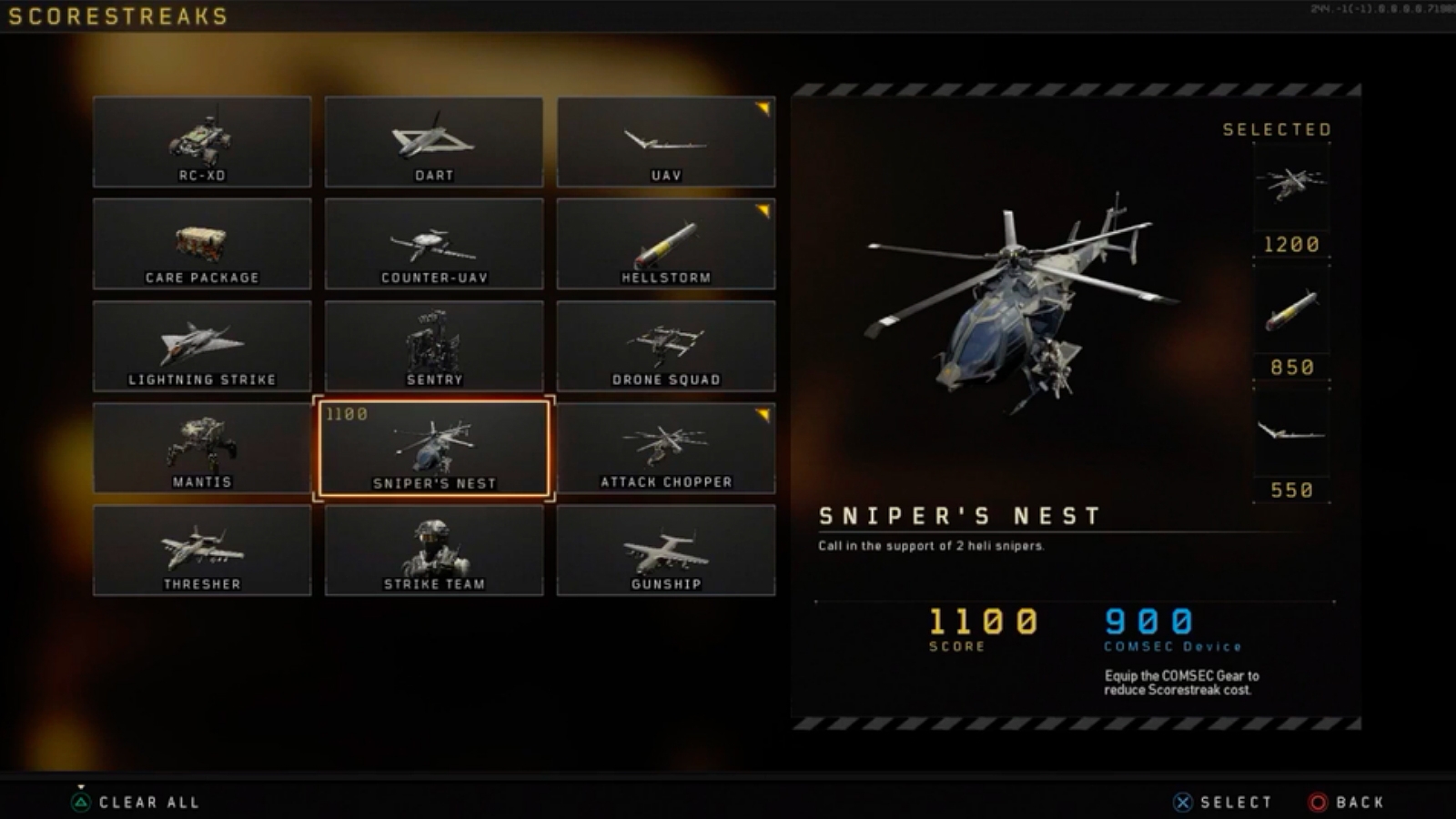 A Twitter user, who was suspended after releasing a string of information about Black Ops 4, also stated that these three streaks were the only new additions compared to the beta version.

In total that makes 15 score streaks at launch, which is three less than 2015’s Black Ops III. However, Treyarch have said that there will be a lot of post-launch content, and perhaps new scorestreaks could be part of that.