Dashy explains why having Crimsix on OpTic is so important

Everyone knows that Call of Duty veteran Ian ‘Crimsix‘ Porter is an integral member of OpTic Gaming‘s pro team, and teammate Brandon ‘Dashy’ Otell has outlined exactly why.

OpTic Gaming have always been one of the more dominant forces in Call of Duty esports history, especially after star player Crimsix joined the team back in 2014.

While he’s always been surrounded by some of the best players in the game, many still attribute a large portion of OpTic’s success to Crim’s well-renowned work ethic and determination to win at all costs.

Appearing on the July 15 episode of OpTic CEO Hector ‘H3CZ’ Rodriguez’s The Eavesdrop Podcast, Dashy explained why his veteran teammate’s presence is essential to the squad operating like a well-oiled machine.

“You need an Ian on your team, in my opinion,” he said. “Because all of us kind of joke around and slack and he’s like ‘dude, what the f*ck are we doing?!’ If we didn’t have that, we’d obviously have days that we bullsh*t, and you kind of need him.” 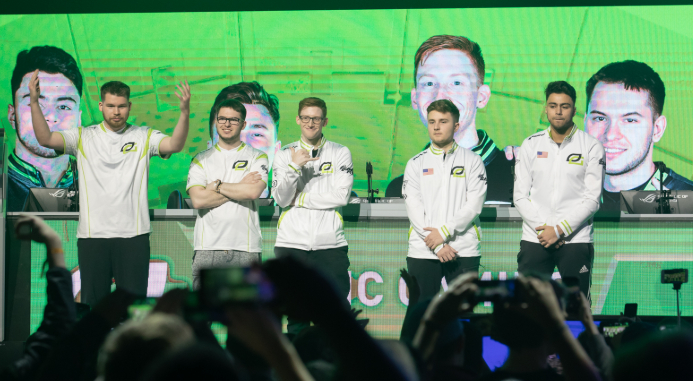 While Dashy has been OpTic’s best player this season, he still gives a lot of credit to Crimsix and his veteran presence.

Dashy went on to point out what he feels is the most impressive thing about Crimsix, who has accomplished a lot in the world of CoD esports.

Crim, of course, has 33 championship victories at CoD tournaments, the most in the esport’s history. His goal is to have the most tournament wins out of anyone in esports overall, a distinction that currently belongs to legendary Halo player Tom ‘OGRE2’ Ryan, who won 41 events during his career.

You can watch the entire Episode 35 of H3CZ’s podcast below, with the discussion about Crim starting at the 1:01:46 mark.

OpTic’s next appearance will come at the CWL Pro League Playoffs, which are being held at CWL Finals on July 19-21.

Having placed first in Division A of the Pro League regular season, the Green Wall are one of the favorites at the tournament, and will face either Team Heretics or one of the two teams that make it out of the Play-In tournament.

However, with the likes of eUnited (best record in Division B) and 100 Thieves (two-time champions this season) also in the Playoffs, it will not be an easy task for OpTic to end up crowned champions.