UPDATE – 7:04 PM PT
It has since been confirmed that Kenny has joined 100 Thieves’ new Call of Duty roster for the upcoming season. More information is available here.

Call of Duty pro player Kenny ‘Kenny’ Williams has announced that he is longer a member of Team Kaliber.

His departure confirms long standing rumors and speculation that he was planning on leaving the org after the WWII season.

To get rid of rumors. I am officially off @TeamKaliber and Would like to thank @KOSDFF and everyone for everything they have done for me. Words that were said before were not true and TK is a great org, Just time for me to look at other options:) 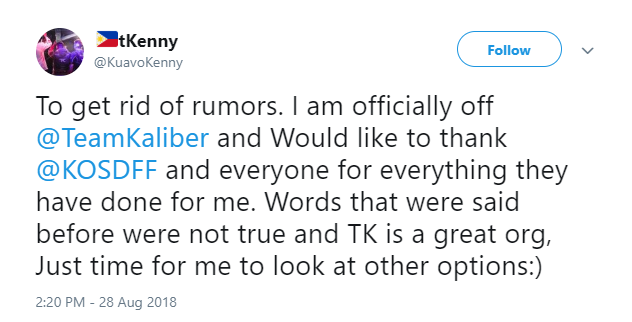 The tweet also puts to bed the apparent bad blood that existed between Kenny and tK owner Justin ‘KOSDFF’ Chandler, after Kenny had expressed his frustration with the org for not paying proper wages and mocking him in a video showing others wearing his clothes.

Kenny joined tK in October of 2017 and immediately became an integral part of the newly formed squad, playing a major role in their outstanding success.

TK won the first two major events of the CWL season, at Dallas and New Orleans respectively, and also were crowned champions at the Pro League Stage 2 Playoffs.

They came just short of winning the ultimate prize however, as they lost to Evil Geniuses in the Grand Finals of the CWL Championships. 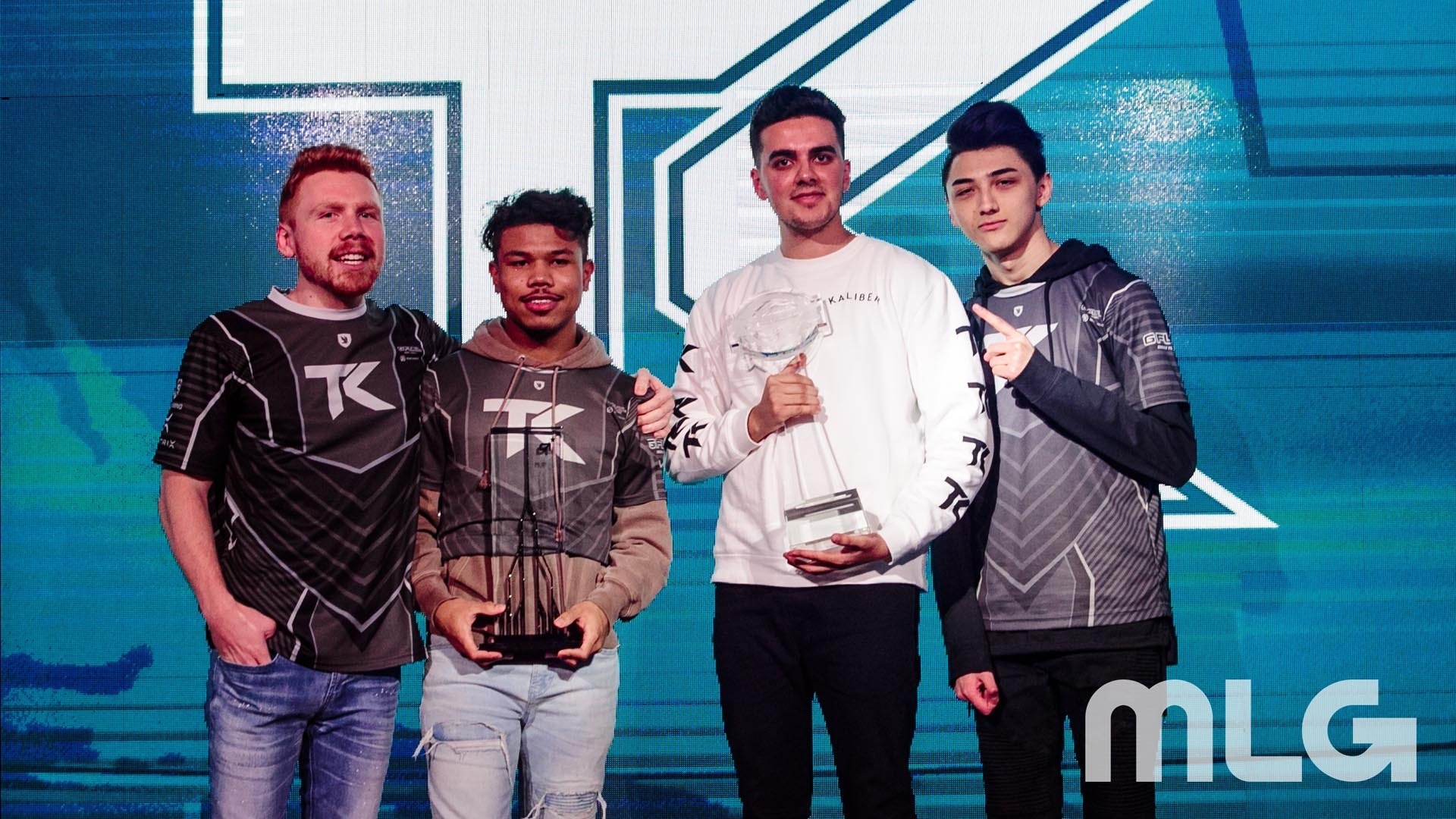 Having established himself as one of the best players in WWII, Kenny will likely attract major attention from many of the organizations that are involved in competitive Call of Duty.

With 100 Thieves having confirmed that they are looking to enter the CWL with a bang, there is heavy speculation that owner and CEO Matt ‘Nadeshot’ Haag will make Kenny his primary target this off-season.

Regardless of where he ends up, Kenny’s departure will greatly impact tK, who will now be looking to try to replace the player that many would agree was their best player all season.