Kenny ‘Kenny’ Williams and Maurice ‘Fero’ Henriquez have officially joined the org and will compete under 100 Thieves during the upcoming Black Ops 4 season. 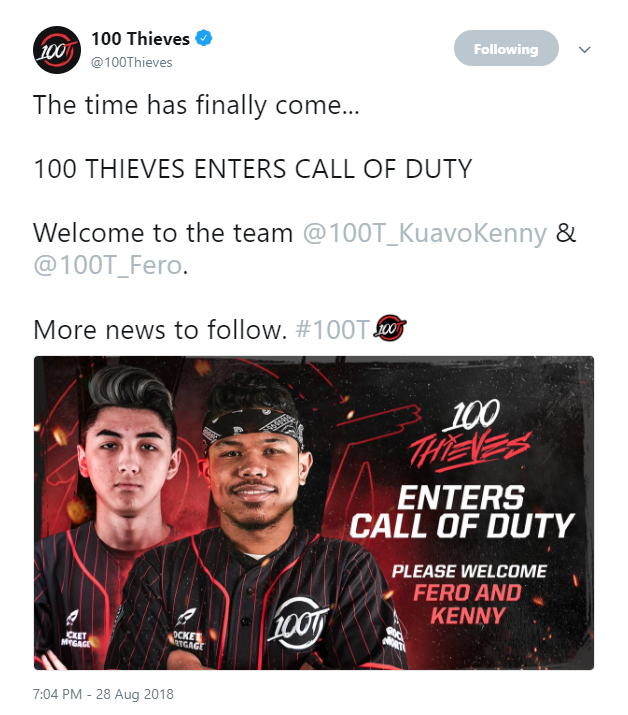 Kenny also posted about this massive move on his own Twitter page, expressing his gratitude for the opportunity. 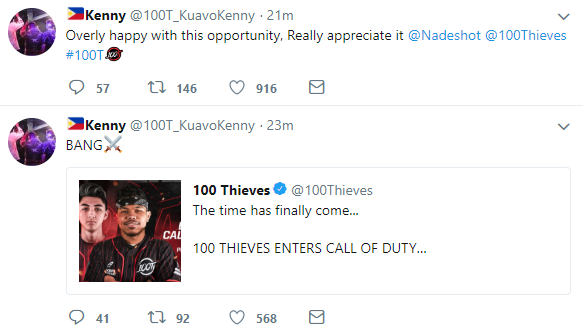 This news comes hours after both players announced that they would be leaving Team Kaliber, and it is now apparent that neither player had truly entered free agency as their new team had already been decided before their departure.

Kenny and Fero established themselves as top players during the WWII season, as both played integral roles in helping tK have a very successful campaign.

After acquiring Fero mid-season, tK went on to win the CWL Pro League Stage 2 Playoffs and place second at the CWL Championships.

Of course all of this came after the team had already won the CWL open events at both Dallas and New Orleans, with Kenny leading the way as their standout player.

Now both will be teaming again for a 100 Thieves team that has not featured in competitive Call of Duty since their brief and fruitless spell during the second half of the Black Ops 3 season in 2016.

However, Nadeshot has been very honest about his desire to acquire a quality CoD roster, and it appears he has managed to get the two players he has openly been a fan of in recent months.

With two of the best available talents already locked into the 100T roster, fans will await to see who will be joining them for the Black Ops 4 season.