Clayster explains how crowd noise actually helped him against OpTic

Call of Duty veteran, James ‘Clayster’ Eubanks, has revealed that crowd noise when playing on mainstage actually helped when he faced OpTic Gaming and their raucous fans.

Crowd noise is an inevitable part of live esports. With large crowds amassing to eagerly support their favorite team, a loud atmosphere is to be expected. However, games like CS:GO have been plagued by the repercussions of obtaining information from environmental cues. 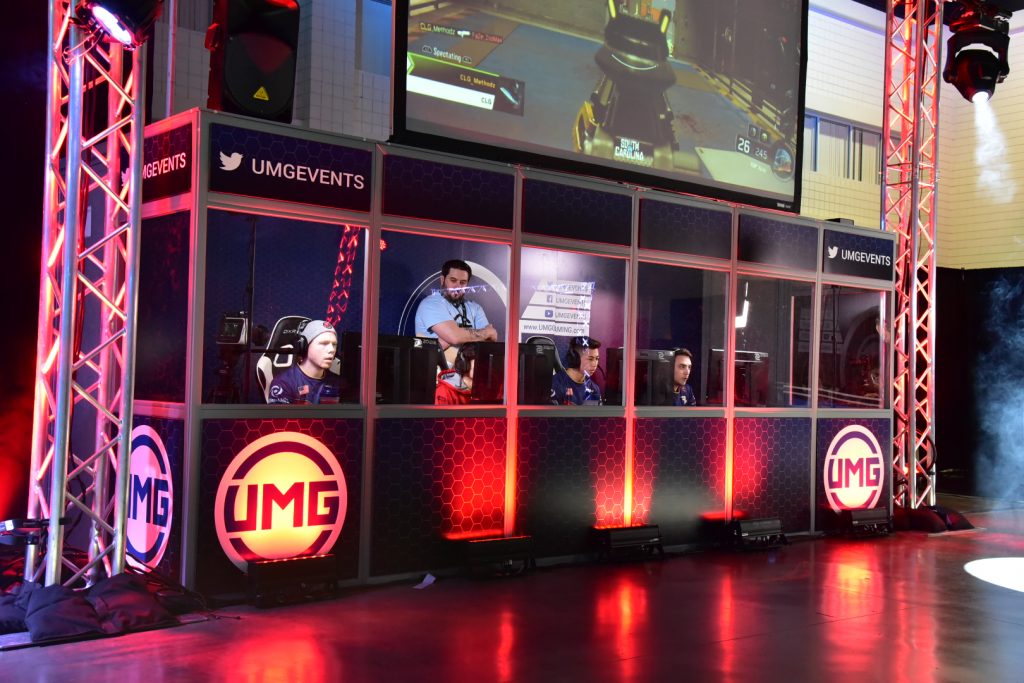 Sound proof booths help drown out the ambient noise, but are they 100% effective?

Saying that both Clayster and Karma have ‘sufficient’ LAN experience would be an understatement. As such, the pair have a wealth of knowledge that can be tapped into.

When prompted as to whether the crowd noise issues transfer to Call of Duty, Karma edged in with his two cents. “It’s not always an issue, but there is always the chance of some scenario happening where it can have an effect,” he three-time world champ stated.

Eubanks concurred with Barlow’s point, but went on to expand by giving a specific example of how he benefited from it during a match versus OpTic Gaming.

Clay explained that he could judge whether a member of an OpTic Gaming squad had achieved scorestreaks based on the crowd’s reaction to their death. With the largest fan base in CoD, OpTic fans would typically make the most noise at live events. 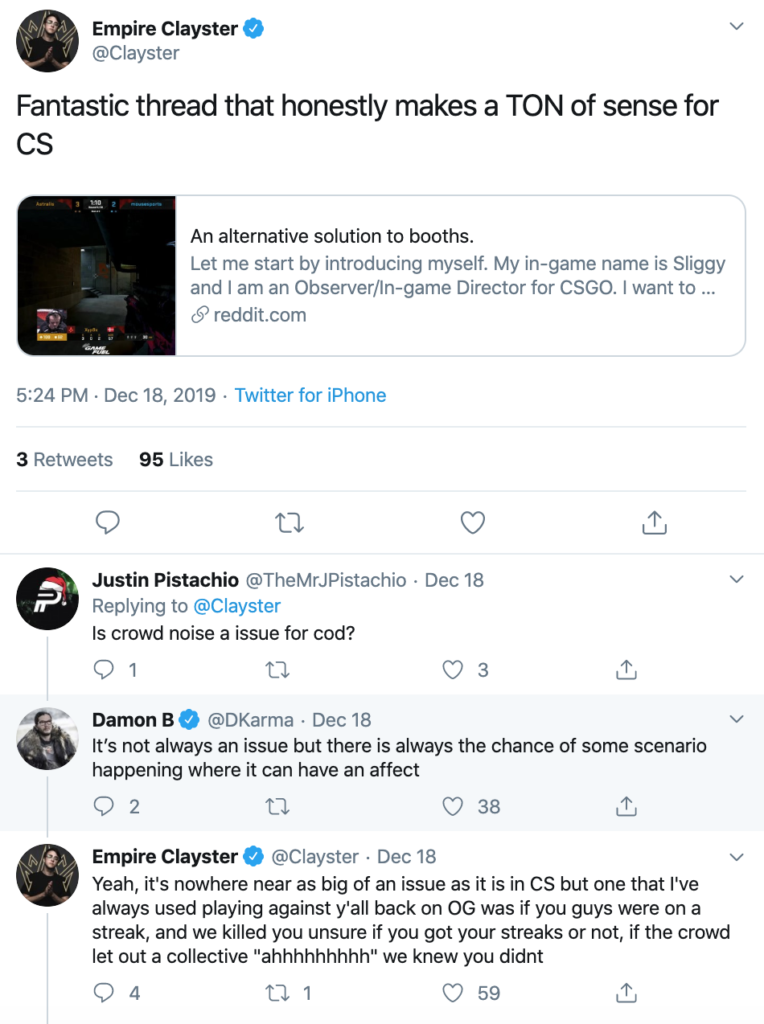 Of course, this isn’t as severe as giving a player’s position away, but it does take away from the integrity of competition.

As per Clayster’s Tweet, gathering valuable information from the crowd in CoD is “nowhere near as big of an issue as it is in CS.”

To underscore the severity of the issue, here’s an example of Astralis Rifler and Counter-Strike mastermind, Andreas ‘Xyp9x’ Højsleth, using the crowd’s reaction to bait information for his teammate in the recent ESL Pro League Final.

While sound-proof player booths were not in play at the event, players were required to wear noise-canceling headphones to compensate.

Mousesports youngster, Robin ‘ropz’ Kool, has previously weighed in with his thoughts on the ongoing crowd noise debate, by favoring a player booth and noise-canceling headphone combination and explaining how “you can play clutches on crowd” as it stands. 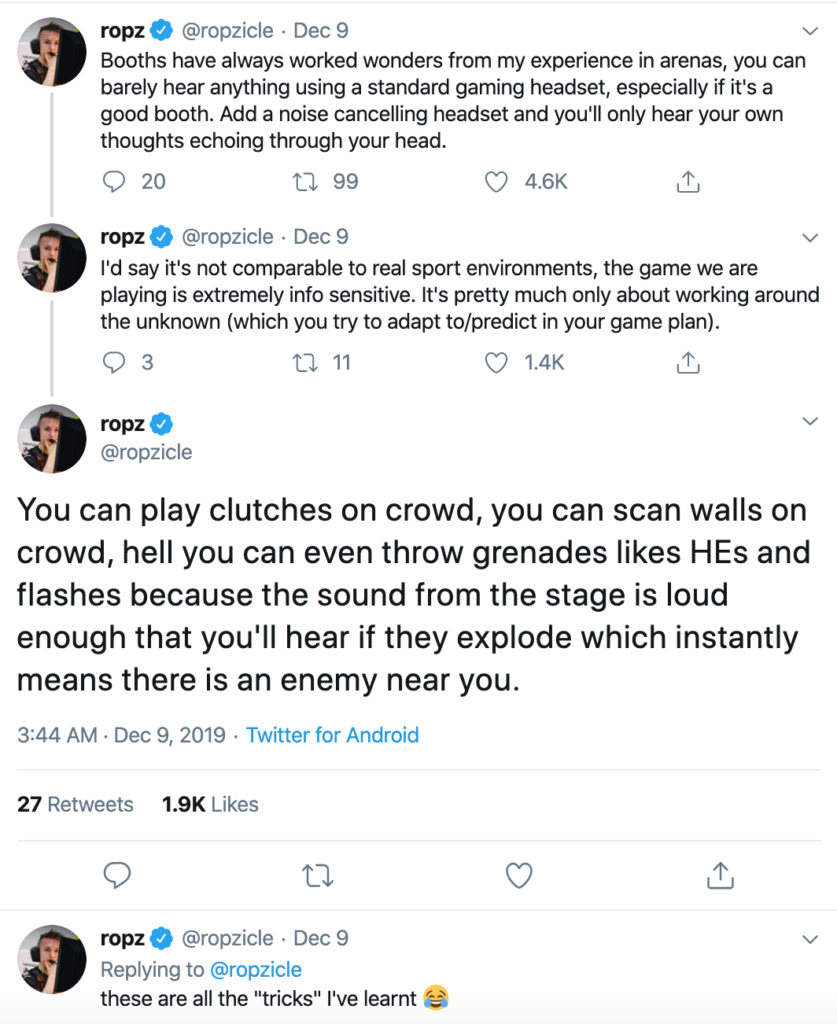 Regardless of the esport, obtaining information outside of the in-game resources that are available should, of course, be avoided where possible.

Given the traction that the issue has gathered, Activision will be hoping to have a fix in the pipeline before the start of the Call of Duty League in just over one month’s time.