Day two of the Chicago Huntsmen Home Series wrapped up on April 25 with some more intense Call of Duty League action, setting the table for what should be an electric Championship Sunday.

After the first four matches of day one kicked off CDL Chicago, day two was all about separating the men from the boys as four of the eight competing teams were eliminated.

All three tournament favorites – Chicago Huntsmen, Dallas Empire, and Atlanta FaZe – made it to the playoff bracket and they were joined by Seattle Surge, who are in the semifinals for the first time this season.

Fresh off their upset victory over Huntsmen on day one, Subliners looked poised for a repeat performance against FaZe before getting shut down in game five for a 3-2 loss.

Everything about the series was unexpected except for the final result; New York won both Hardpoints, including a shocking 250-84 victory on St. Petrograd, a map-mode combo that Atlanta had never lost on before.

However, the difference of quality between the two sides finally showed at the end, as FaZe put on a stellar show in the final Search & Destroy on the same map to win 6-1 and lock up their spot in the semifinals.

Upset denied by @ATLFaZe! New York @Subliners will drop down to the losers bracket after a 3-2 series.#EZAF | #CDL2020 pic.twitter.com/Py6AlQyVgC

Playing in the losers bracket of a tournament for the first time this season, Huntsmen handled the adversity pretty well, taking care of business against their European counterparts to survive at their own event.

The series was a lot tighter than the final scoreline would suggest. A back-and-forth 250-243 St. Petrograd Hardpoint went the way of Chicago, followed by a dominant 6-1 win on Gun Runner S&D.

London did put up a fight after going down 0-2, as a convincing 195-102 Domination win on St. Petro put them back in the series. In fact, they might have gone on to force a game five if it hadn’t been for one final tick on Rammaza Hardpoint that granted Chicago a 250-235 win.

WHAT A SERIES!@Huntsmen take down @RoyalRavens 3-1 and advance to the next round of the losers bracket.#6thRaven have been eliminated with 0 CDL points from this event.

Things have certainly slowed down for Royal Ravens after their fast start earlier this season. They’ve now earned a combined 10 CDL Points from their past two events, and it looks like their new-look roster with Seany in the starting lineup will take some time to perfect.

Huntsmen came into this matchup with only one thing on their mind: revenge. After losing for the first time in group play this season, Chicago exacted vengeance against Subliners to secure the fourth and final semifinal spot.

The series was a nailbiter; after the two teams traded shots on Gun Runner Hardpoint (250-195, NY) and Arklov Peak S&D (6-3, CHI), it looked like New York was going to go up 2-1 before Huntsmen stole the Hackney Yard Domination in the final seconds.

That evidently was a massive blow on the Subliners’ morale as they didn’t put up much of a fight in the 250-167 Hardpoint on St. Petrograd. Despite their elimination, New York looked a lot better this weekend and it looks as though their decision to bring in Mack for Zer0 will pay off in the long run.

Getting the rare chance to contend for a semifinal spot, Surge had to overcome a massive obstacle in the shape of the Empire if they were going to win their group for the first time this season.

It looked like an upset could be brewing after Seattle won the Azhir Cave Hardpoint 250-228, but three straight wins from Dallas, including a tight 157-149 on Gun Runner Domination, saw them seal their playoff spot for the third straight event.

Gun Runner Dom was close, but @DallasEmpire squeeze out the 157-149 win.

The second-ever ‘Battle of LA’ rivalry match between Guerrillas and OpTic Gaming looked like it was going to go the same as the first, which ended in a reverse sweep for OGLA.

After LAG took a 2-0 lead, including a dominant 6-1 win on Rammaza S&D, the Green Wall mounted a comeback with a 173-148 win on Gun Runner Domination. However, unlike their match at CDL LA, Guerrillas held their ground and won the series 3-1, sending their rivals packing with zero CDL points earned from this event.

The result means that OpTic have now been eliminated without any wins at three of the four events they’ve played, once again sparking roster change speculation that has surrounded them for seemingly the entire season.

This losers bracket matchup between Surge and Guerrillas was their second meeting of the weekend (SEA won 3-0 on day one) and already their fourth this season, the most between any two teams.

It was all Surge for the first two maps, a 250-103 spanking on Rammaze Hardpoint followed by a 6-4 win on Gun Runner S&D. Los Angeles made it a bit interesting with a 170-133 Domination win on St. Petrograd but a 250-223 Hardpoint loss on the same map sealed the deal for Seattle.

The boys in blue will celebrate their first-ever trip to the semifinals of the campaign and another 20 valuable CDL Points in the bank, but the bad news is that they’ll have to face someone other than Guerrillas in the next round. They are 4-0 vs LAG but 0-9 against all other teams. 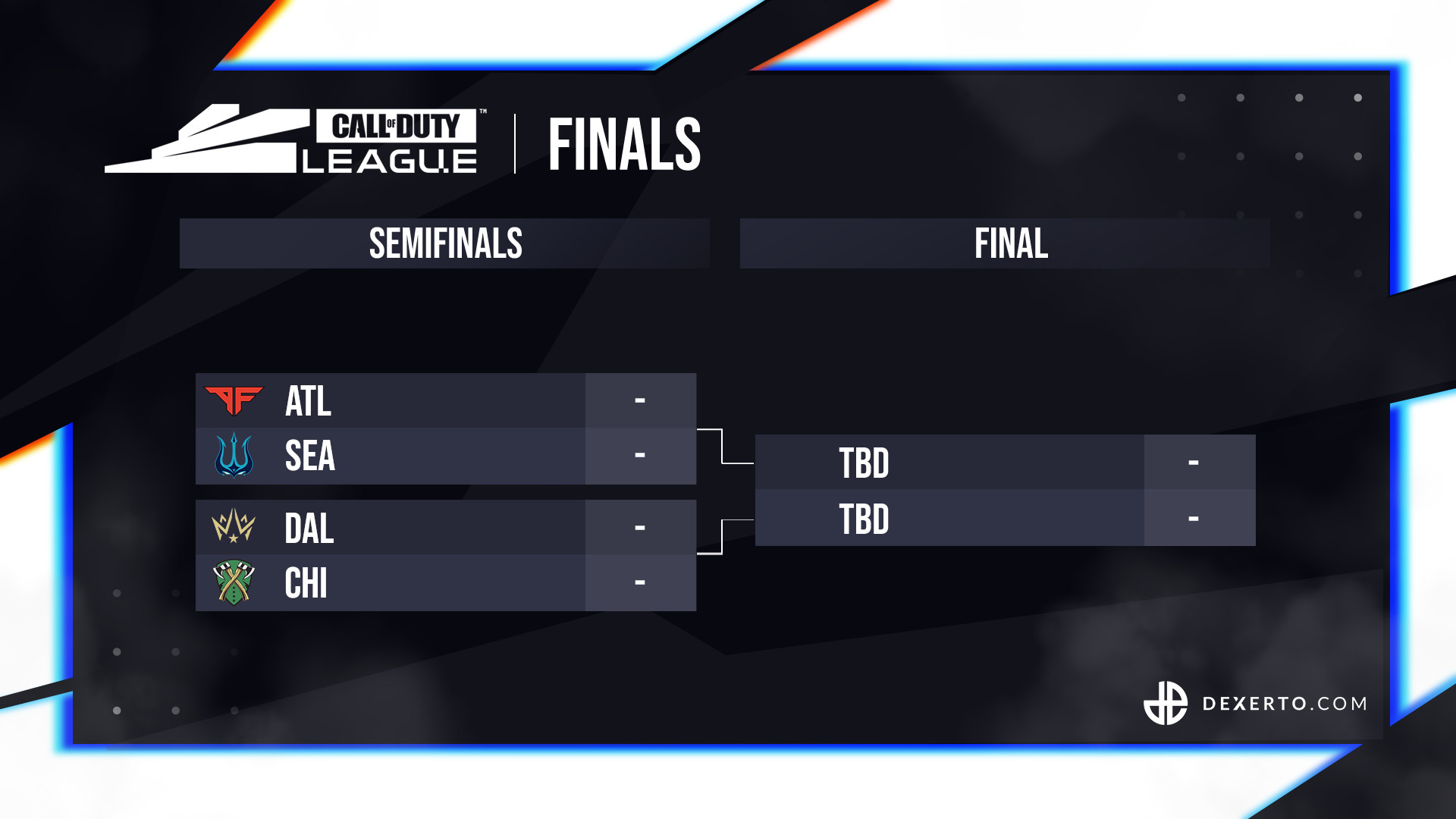 Remember, you can watch these matches live and keep up with all of the Call of Duty action via our Chicago Home Series hub, which includes streams, updated scores, brackets, and more.

If you missed any of the day one matches, make sure to check out our CDL Chicago April 24 recap, which includes highlights from all four games.