CDL and OWL to stream exclusively on YouTube Gaming

Activision Blizzard and Google have teamed up in a multi-year partnership that will see the Call of Duty League, Overwatch League, and Hearthstone Esports streamed exclusively on YouTube Gaming.

There were just hours left before the Call of Duty League’s Launch Weekend was set to kick off, and fans were still wondering where they’d have to tune in to watch the matches.

All of that uncertainty was put to bed on January 24, however, after Activision Blizzard and Google announced their multi-year strategic relationship that handed exclusive broadcast rights to YouTube.

Starting from the 2020 season, the official events and matches of the CDL, OWL, Hearthstone Esports and other Activision Blizzard competitions will all be streamed only on YouTube Gaming.

The newly-formed CDL’s inaugural season launched on January 24 while the OWL’s 2020 campaign will get started just a few weeks later, on February 8. The League’s will each have their own official YouTube channels where the matches will be broadcast, along with any other “special content.”

Welcome to the family, Overwatch League, Call of Duty League, and Hearthstone Esports.

Let’s get this thing going with the inaugural season of the Call of Duty league kicking off today! https://t.co/9PAUaaQSz0https://t.co/p9kSbD9aAi pic.twitter.com/rBVpf0Re3H

Call of Duty esports was streamed on a variety of platforms in recent years, such as Activision’s MLG.tv, YouTube, and Twitch – the latter generally having the highest concentration of views for tournaments and the Pro League.

The Overwatch League was streamed on Twitch, who established a two-year, $90 million deal with Blizzard as the league’s sole third-party stream broadcaster. The company later also signed a multi-year deal with Disney for league matches to be broadcast on ESPN, Disney XD, and ABC, starting with the first season’s playoffs and into the second season. Both deals expired prior to the third season, which left a void that Google and YouTube Gaming happily filled.

“With more than 200 million gamers a day watching more than 50 billion hours of gaming content per year, YouTube provides gamers and their passionate fans with the most popular video gaming platform in the world,” said Ryan Wyatt, Head of Gaming at YouTube. “Both the Overwatch League and Call of Duty League are the quintessential examples of world-class esports content. As a former Call of Duty esports commentator myself, I couldn’t be more excited for Activision Blizzard to choose YouTube as its exclusive home for the digital live streaming of both leagues. This partnership further demonstrates our dedication to having a world-class live streaming product for gaming.” 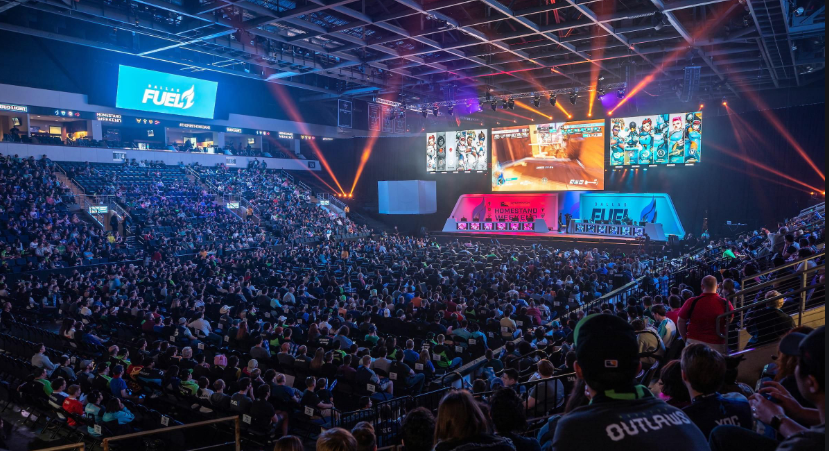 The Overwatch League’s 2020 season will be streamed exclusively on YouTube Gaming.

Players will be privy to the state-of-the-art AI tools that the service offers, which will look to improve their overall gaming experiences.

“Players will benefit by experiencing premium network quality-of-service, including low latency and packet loss when playing high-fidelity games on any device,” Google said in the official announcement. “They will also have optimal personalized interactions, as Activision Blizzard can tap into Google Cloud’s AI tools to offer curated recommendations for in-game offers and differentiated gaming experiences.”

You can read the full press release HERE.