Treyarch have added a new playlist of game types to the Multiplayer section of the newly released Call of Duty: Black Ops 4 title.

The new playlist, called ‘Mercenary Capture Moshpit,’ features the capture based modes such as Domination, Hardpoint, and Control, but with no Parties allowed.

This means that all of the players in each of these 5v5 modes of this playlist are playing alone and not teaming with anyone else in the lobby, allowing those who prefer to play solo to have a better experience.

This addition was implemented in the latest game update that went live earlier on October 23, and is now the Featured Playlist in the Multiplayer. It is not clear for how long the playlist will be available.

In addition, the update has added Hardcore Control and Search and Destroy as two of the individual modes in the Featured Category in Multiplayer, alongside Heist and Deathmatch Moshpit. 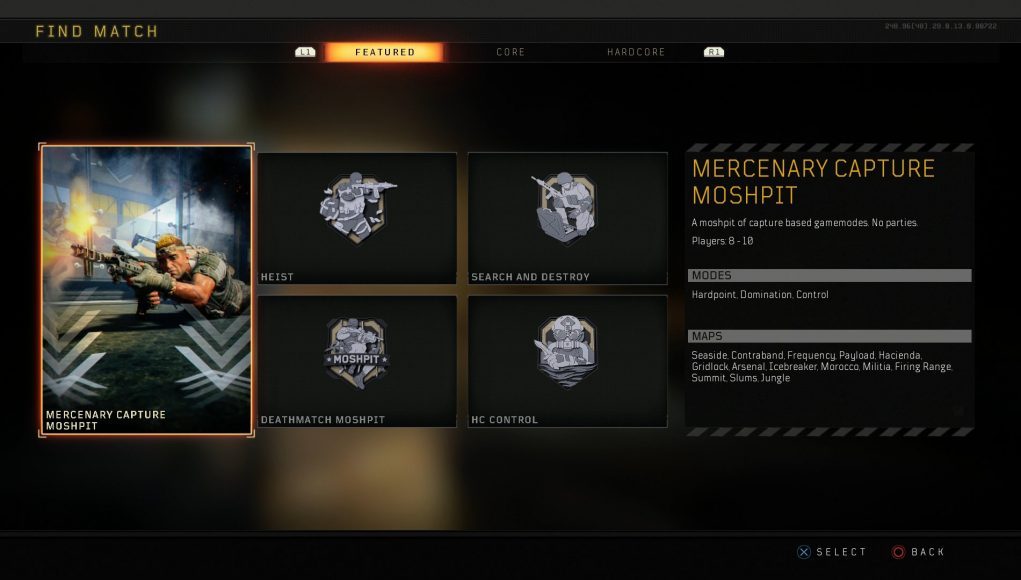 This rotation of modes within the Featured section, and the addition of new playlists, does not comes as a major surprise, as Treyarch have made it clear that they will be  keeping the category constantly updated to ensure a fresh and fun Multiplayer experience.

Furthermore, players may soon receive incentives for playing modes and playlists in the Featured category, as Treyarch have hinted at possible in-game XP promotions coming in the near future.

For a more in-depth look at all of the changes introduced in the game update released on October 23, check out the full patch notes HERE.