Black Ops 4: How to use markings on weapon scopes to have near-perfect aim in Blackout - Dexerto
Call of Duty

Black Ops 4: How to use markings on weapon scopes to have near-perfect aim in Blackout

The nature of how the ballistics work in Call of Duty: Black Ops 4’s Blackout battle royale mode can make shooting targets hard when they’re at a distance.

Unlike the traditional hitscan mechanics of Multiplayer, Blackout uses a ballistics mode called projectile, which means bullets take actual time to travel to their target so players have to compensate for that by leading their shots.

This can make shooting moving targets a lot more difficult the farther they are since bullet drop then comes into play as well, meaning absolutely perfect calculations are needed to hit shots from great distances.

However, one thing that many players are not aware of is that the markings that appear on so many of the ranged weapon scopes in the game can be used to making long-range shooting a lot easier.

The longer range scopes, such as the 2x, 3x, 4x, or Sniper Scopes, offer different ways to measure the distance of targets, such as the horizontal bars which can greatly help determine where to aim to hit targets at different distances. 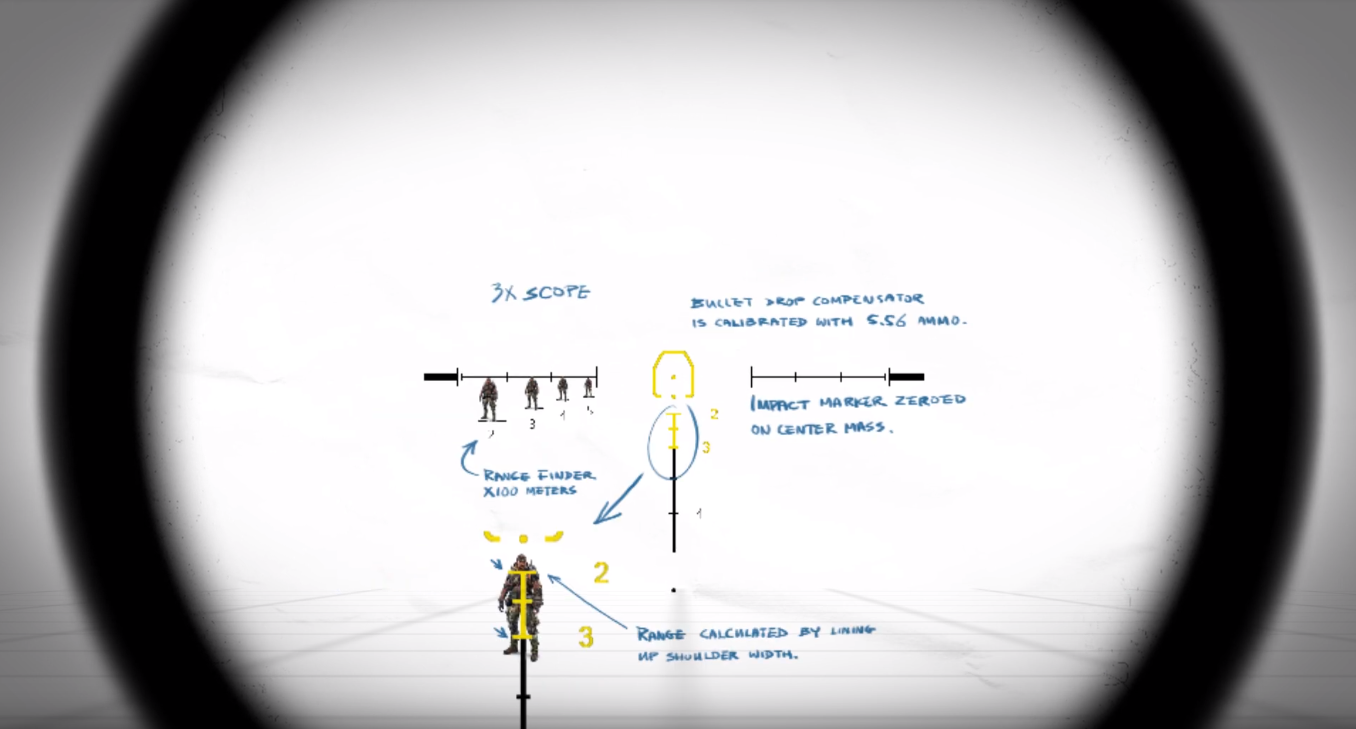 Instead of spending time thinking “how far is the target” or trying to calculate the effect of the elevation difference, players can simply line up the small hash marks on these scopes with the shoulder width of the target and that then should aim the weapon perfectly for that distance.

The way this works is that these hash marks appear smaller and smaller on the scope the farther down they go, and the farther the target, the smaller the hash mark that fits the shoulder width.

This means that finding the perfectly sized hash mark for that target aligns the weapon in such a way that already calculates the bullet drop at that distance and also centers the reticle to aim where it should to perfectly hit that target. 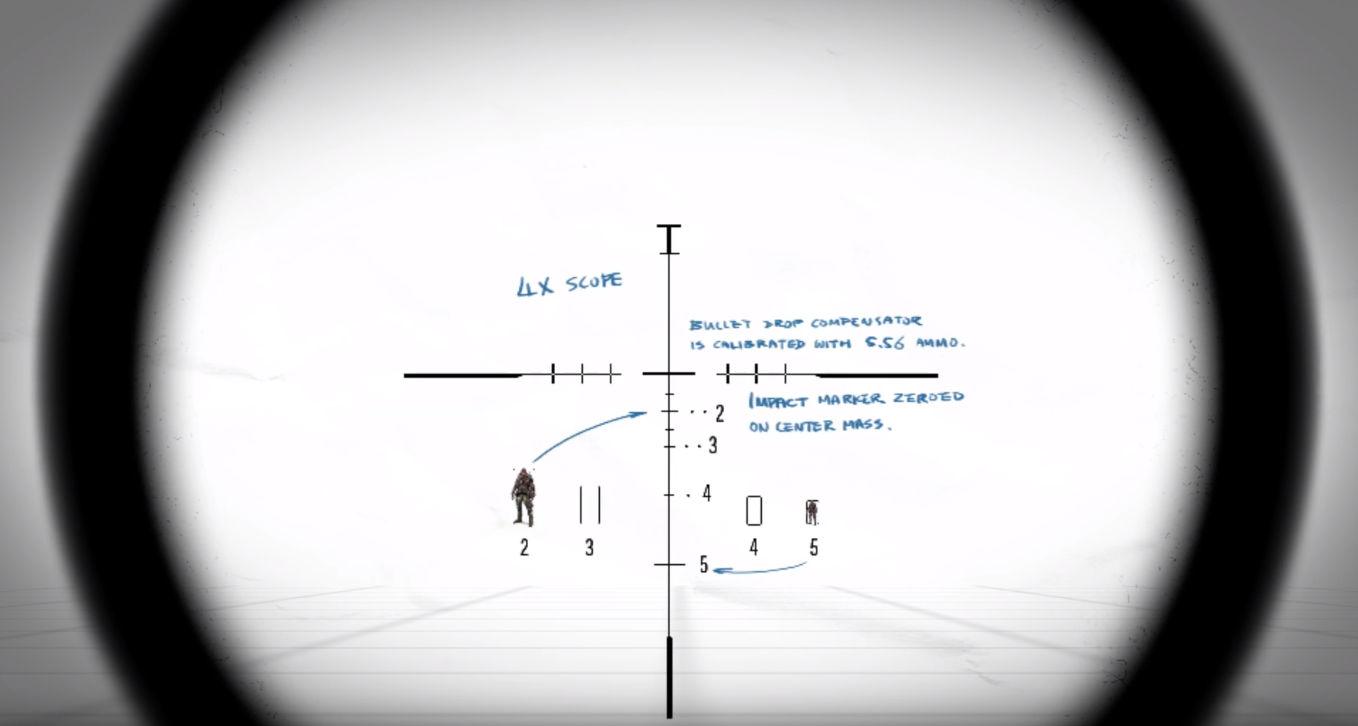 The amazing thing about these mechanics is that they’ve all been calibrated to fit certain types of ammo, since different types have different sizes and weights that can affect travel time and drop.

More information about how ballistics and bullet drops works in Blackout can be seen in the latest episode of Treyarch’s DECLASSIFIED series down below.