Black Ops 4: How to dominate the Frequency Multiplayer map - lines of sight, spawns, and hot zones - Dexerto
Call of Duty

Black Ops 4: How to dominate the Frequency Multiplayer map – lines of sight, spawns, and hot zones

The Multiplayer of Call of Duty: Black Ops 4 features an extensive map pool full of interesting and well-designed locations, one of which is Frequency.

Frequency is one of the eleven brand new Multiplayer maps introduced in the release-day day edition of Black Ops 4, which has now climbed to thirteen after the addition of Elevation and Madagascar.

According to the in-game description, Frequency is “a covert listening station deep in the mountainous region of the Hunan Province that is is being used to track strategic targets across the globe.”

In addition to being a popular choice for public matches, it is also one of the few maps that is featured in the map rotations for all three competitive modes that are played in this season of the CoD World League – Hardpoint, Search and Destroy, and Control.

To help players get better at playing on Frequency, YouTuber and CoD expert TheXclusiveAce has released an in-depth breakdown of the map, including its spawns, important lines of sight, and hot zones. 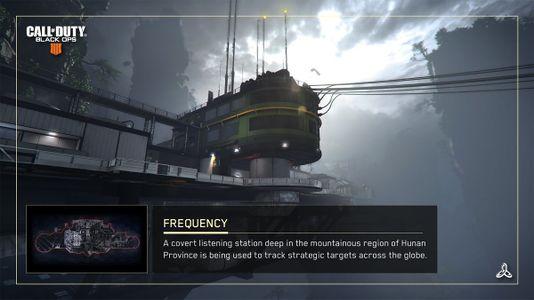 According to the YouTuber’s analysis, the map features eight spots that players love to position themselves at, six of which are at identical positions but across from each other because the map is so symmetrical.

These eights spots are: the cylinder walkway, the two head glitches facing the cylinder from each side, the two hallways to the windows overlooking the middle, the entrance to the lobby areas on each side, and the triangular segment on the lower level. 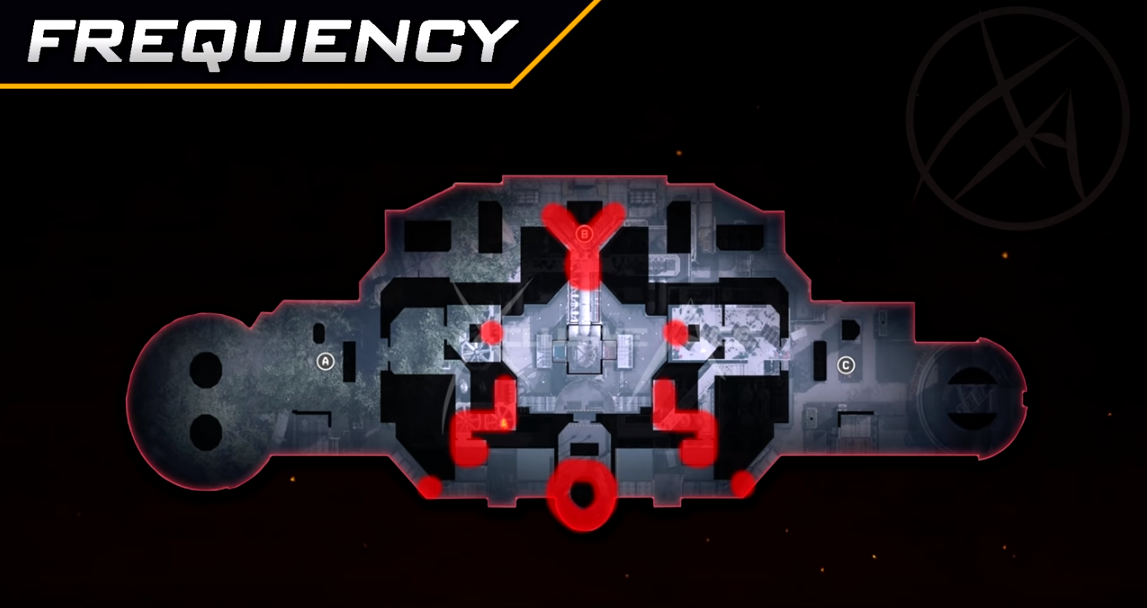 The YouTuber then highlights some relatively unknown spots on the map that players can use to their advantage, one of which is the railing deep in the back of the C spawn.

This railing allows those using a sniper rifle to see the edge of the rounded walkway and snipe unsuspecting opponents. This spot also has a nice angle for a potential wall-bang attempt against those who may be sitting on the head-glitch and hard aiming the walkway leading to the spawn. 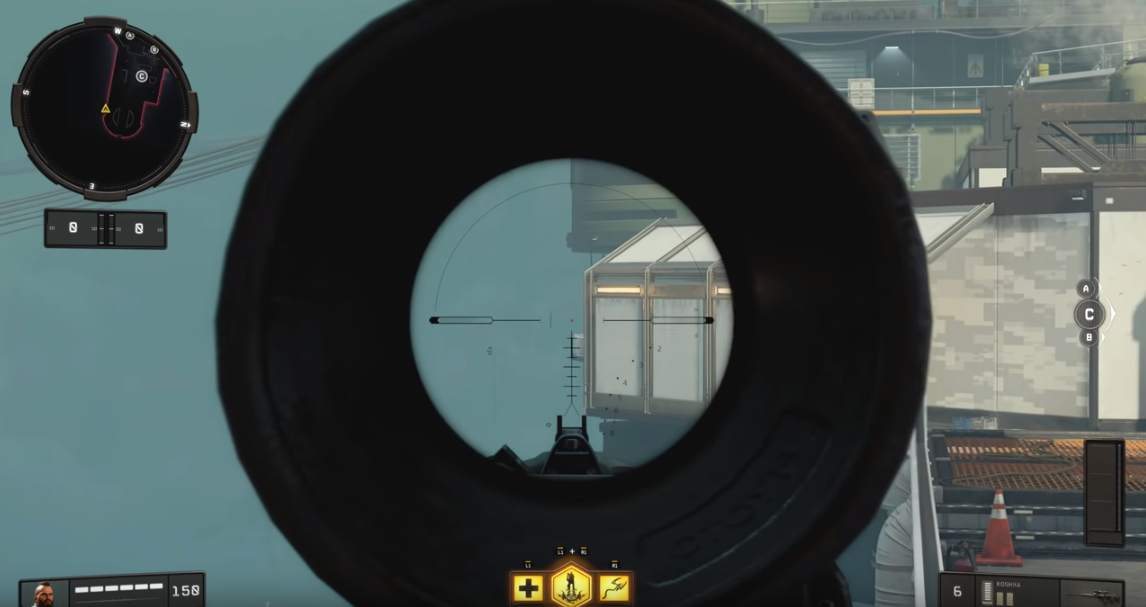 Another piece of advice that the YouTuber offers is to position yourself on the railing that lines the edge of the lower landing area of the map, which opens up a clear line of sight to the opposite side’s top window that overlooks the middle of the map.

Since the map is symmetrical, players can similarly view the other side’s window simply by positioning themselves on the other side of the same railing. 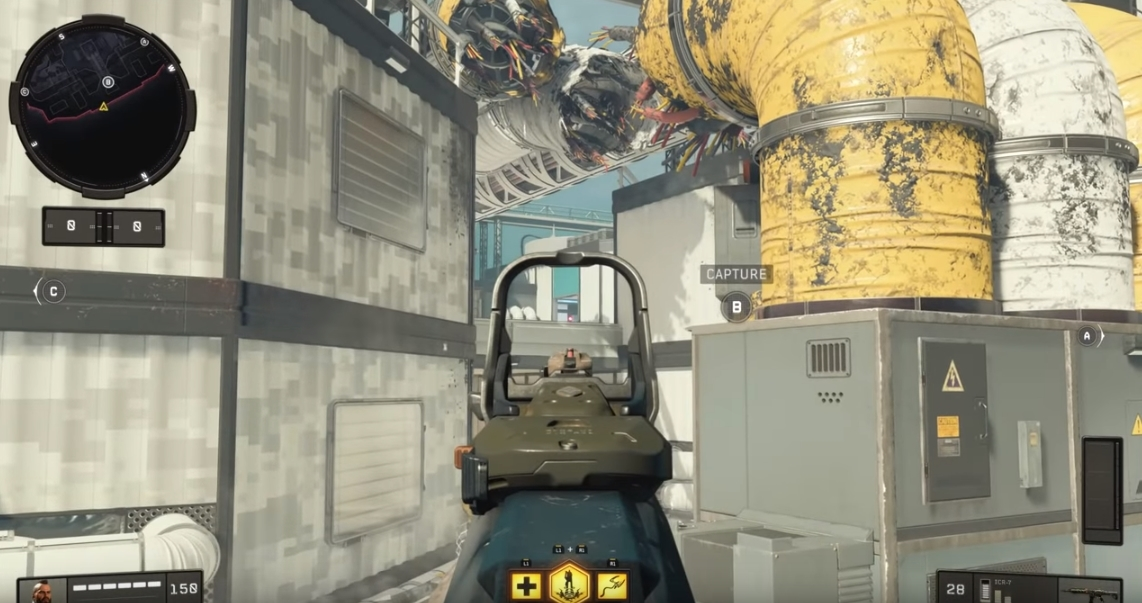 Finally, the spawns, which are important to familiarize yourself with for objective game modes. Spawns are especially crucial for competitive game modes because knowing the locations can help you better defend the objective and prepare for offensive pushes from the enemy team. 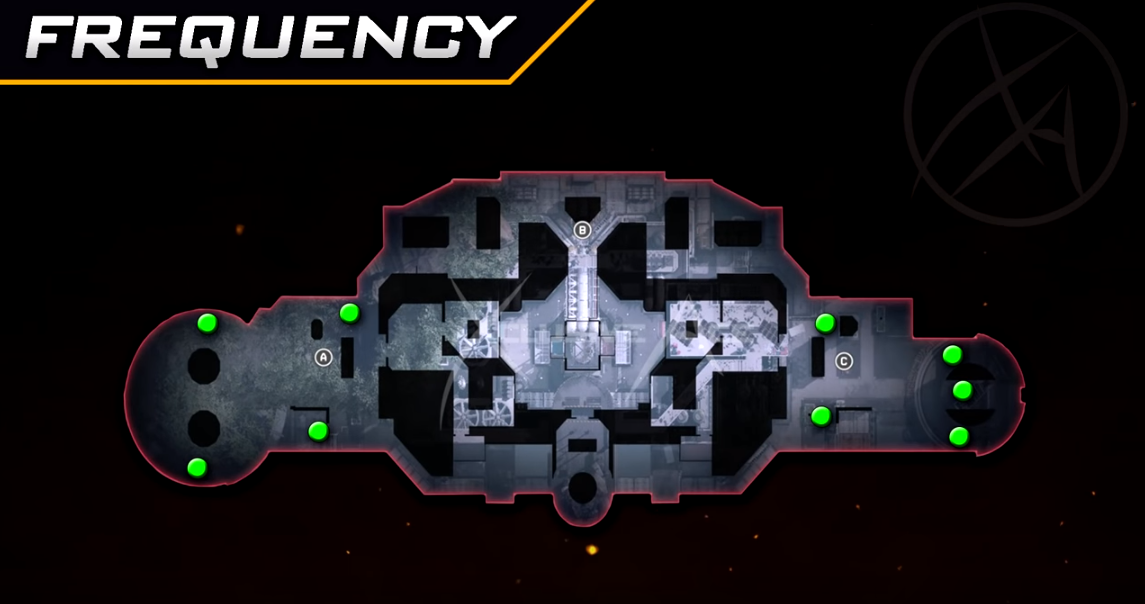 The entirety of TheXclusiveAce’s YouTube video breaking down Frequency can be seen below: