Modern Warfare and Warzone are two very different experiences, so you’ll need different weapon attachments depending on which you’re playing. Here, we break down your best options when using the P90 SMG.

While the MP5 and MP7 dominate Warzone currently, the meta is shifting slightly and edging towards other SMGs. We have recently seen the Uzi used in competitive play, at the same time many players are realizing the P90 is one of the best SMGs in Warzone.

It’s not currently as popular as the MP5 or MP7 but, with the right attachments, the P90 can become as strong as one. 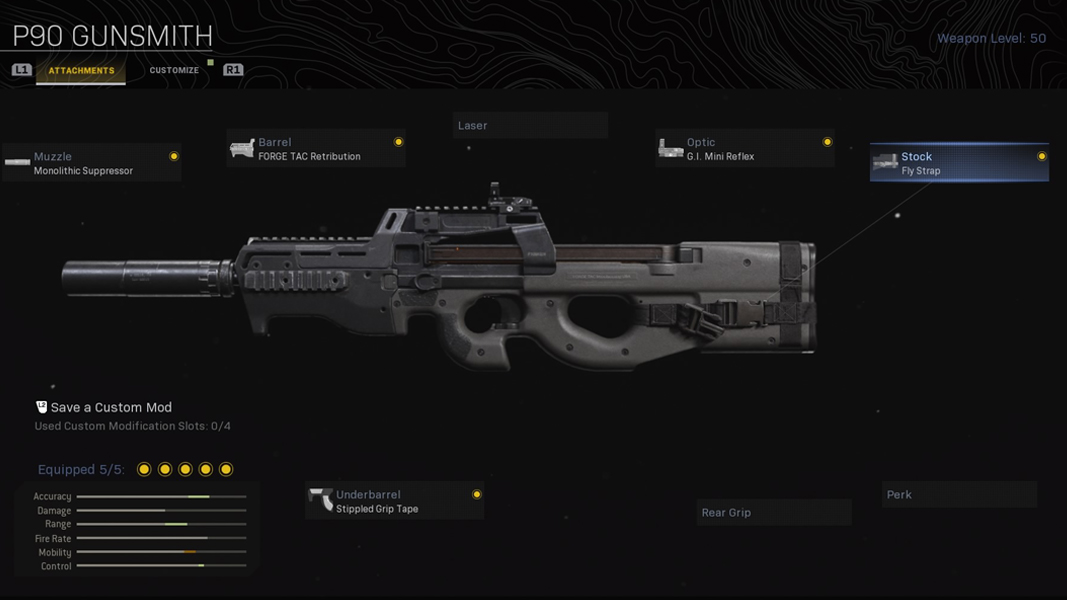 First up is the Monolithic Suppressor and FORGE TAC Retribution barrel. These will massively increase players’ damage, as well as significantly aiding recoil control. Another advantage of the suppressor is that you will not show up on enemy radars, meaning your location will never be revealed.

The G.I. Mini Reflex will help you hit your shots at longer ranges, as will the Stippled Grip Tape, which significantly reduces recoil.

Finally, the Fly Strap Stock is a must-have, as it boosts both ADS speed and Aim Walking Movement Speed. With this attachment, you’ll not only get your sights up quicker, but also be harder to hit while firing. 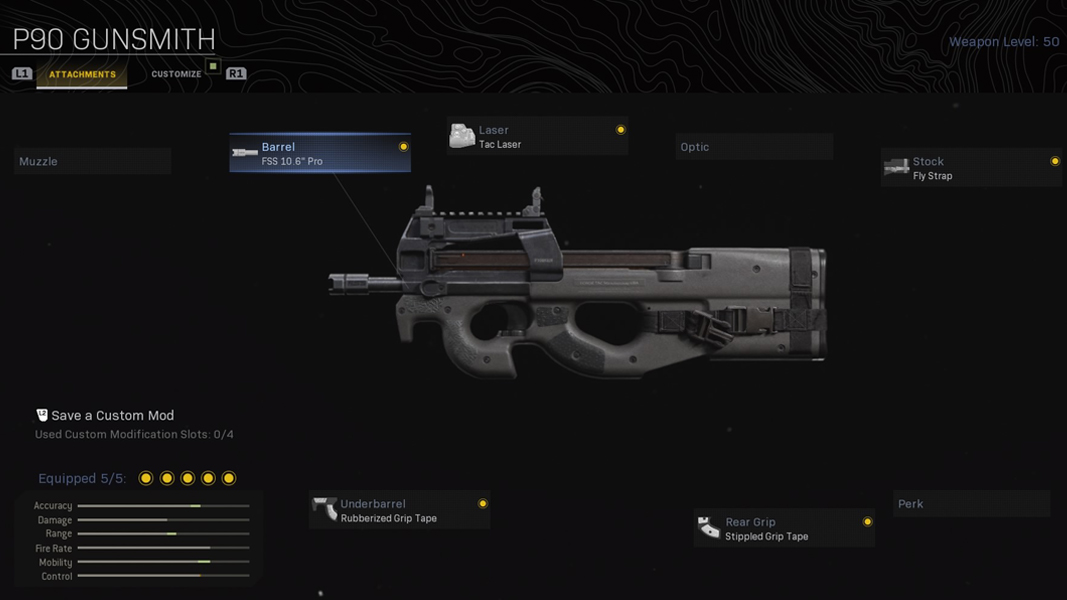 For this Modern Warfare class, the emphasis is more on ADS time and regular, shorter range gunfights, rather than range and recoil control. The optics are gone, with the P90’s fairly open iron sights being more than adequate for the majority of gunfights players will find themselves in.

Finally, the Rubberized Grip Tape helps to stabilize shots for close to medium range engagements, while the Tac Laser buffs hip-fire considerably. This will allow you to make the most of the P90’s high rate of fire, and hit a few shots even before you’re ADS.

What attachments do you use on the P90? Is it the most underrated gun in Warzone? Be sure to tweet us @DexertoIntel to let us know what you think!