Since the release of Call of Duty: Black Ops 4 back in October, fans have felt that the Dead Silence perk and the Acoustic Sensor item have become important parts of most load-outs.

Dead Silence, found in the Park 3 slot in the multiplayer portion of the game, is a perk which allows you to “move quietly and resist detection from Acoustic Sensor.”

The Acoustic Sensor is a piece of gear that amplifies enemy footsteps, making it easier for players to hear enemy footsteps when they are moving around the map, while also highlighting the direction an enemy is coming from on your mini-map. 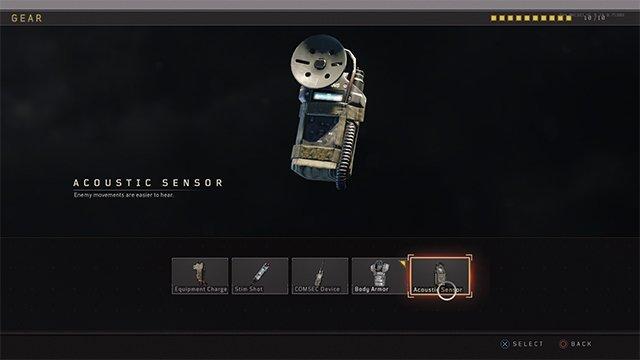 YouTuber and Call of Duty expert TheXclusiveAce states that he has been running both items regularly, but wanted to find out if players absolutely needed to run them in order to have the best chance of winning games.

When not using the Acoustic Sensor, TheXclusiveAce states that players can hear the footsteps of a sprinting enemy who isn’t running Dead Silence from a distance of 30 meters, compared to just five meters when they are.

TheXclusiveAce still believes Dead Silence is a crutch and is absolutely worth running on all your classes. With the perk active, players who don’t have the Acoustic Sensor equipped will find it almost impossible to hear your footsteps, meaning you can quickly get the jump on enemies, and still makes it difficult for players who do have the item attached.

In terms of the Acoustic Sensor, things aren’t quite as clear. While the item is useful, players would have to give up either Stim Shot or Armor to use it, and while the massive range of the item is impressive, hearing every enemy in a radius of 50 meters may prove to be confusing.

With Treyarch constantly tweaking weapons and items in Black Ops 4, it will be interesting to see if they continue to make changes to the two perks, as the developers have already shortened the incredible distance at which the Acoustic Sensor can pick up sprinting enemies.