An eagle-eyed Redditor may have spotted an unannounced scorestreak in the new launch gameplay trailer for Call of Duty: Black Ops 4.

The trailer was released on Monday, September 24, as fans start to look ahead to the games official release on Friday, October 12.

While fans have already got an opportunity to play Black Ops 4’s Multiplayer and Blackout game modes, the launch gameplay trailer gave fans one last look at what they can expect when the new Call of Duty title launches.

During the trailer, clips of multiplayer gameplay are shown, and it’s during one of those clips that an observant Redditor spotted what looks to be a new scorestreak in Call of Duty: Black Ops 4.

The item appears to be a drone of some kind, and is seen hovering above the battlefield providing aerial support to players below. The drone is spotted firing bullets, which gives the impression that it may be a scorestreak. 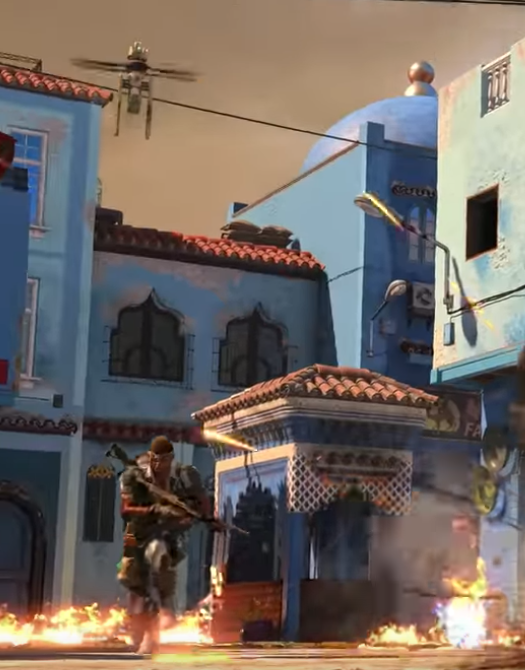 Some Call of Duty fans have suggested that it may act similarly to the T.H.O.R. scorestreak from Infinite Warfare, which orbited around the map for a 60 second period, firing at enemies. Others believe that this new scorestreak is an updated version of the Talon from Black Ops 3.

Unfortunately, Treyarch have released no information about this new item, so players will have to wait until October 12 to find out for themselves.