Call of Duty: Warzone has continued to rise amongst battle royales, but focusing on certain tips will make it easier to improve for new, or even more experienced, players who still have room to grow.

Whether you play solo, with friends or with randoms, Warzone is all about outlasting over 100 enemies to be the last one(s) to get the celebratory helicopter ride. And, unless you’re just naturally an elite FPS god, players can work to get better.

New soldiers can obviously just focus on hitting Modern Warfare’s multiplayer options to get comfortable with guns and Call of Duty mechanics, but there are specific tips that can help everyone to improve overall.

The full Verdansk map in Warzone.

The 5 best tips to get better at Warzone

The first step in Warzone is to get those boots on the ground. Preferences come into play here, but players should work on finding out what areas they most enjoy working from, what contracts they like to start with and then how they can reach those points as effectively as possible.

For locations, some players prefer to get warmed up with a hot drop for the prospect of high reward (with the consequence of high risk) while others want to go further away at a low-key area for a more casual time getting situated.

To get right into the action at a high-profile spot near the flight’s path, you can choose between areas like Superstore and Boneyard for mostly horizontal chaos or Downtown and Hospital for vertical engagements. Ultimately, you just need to try things out and figure out what suits you most. 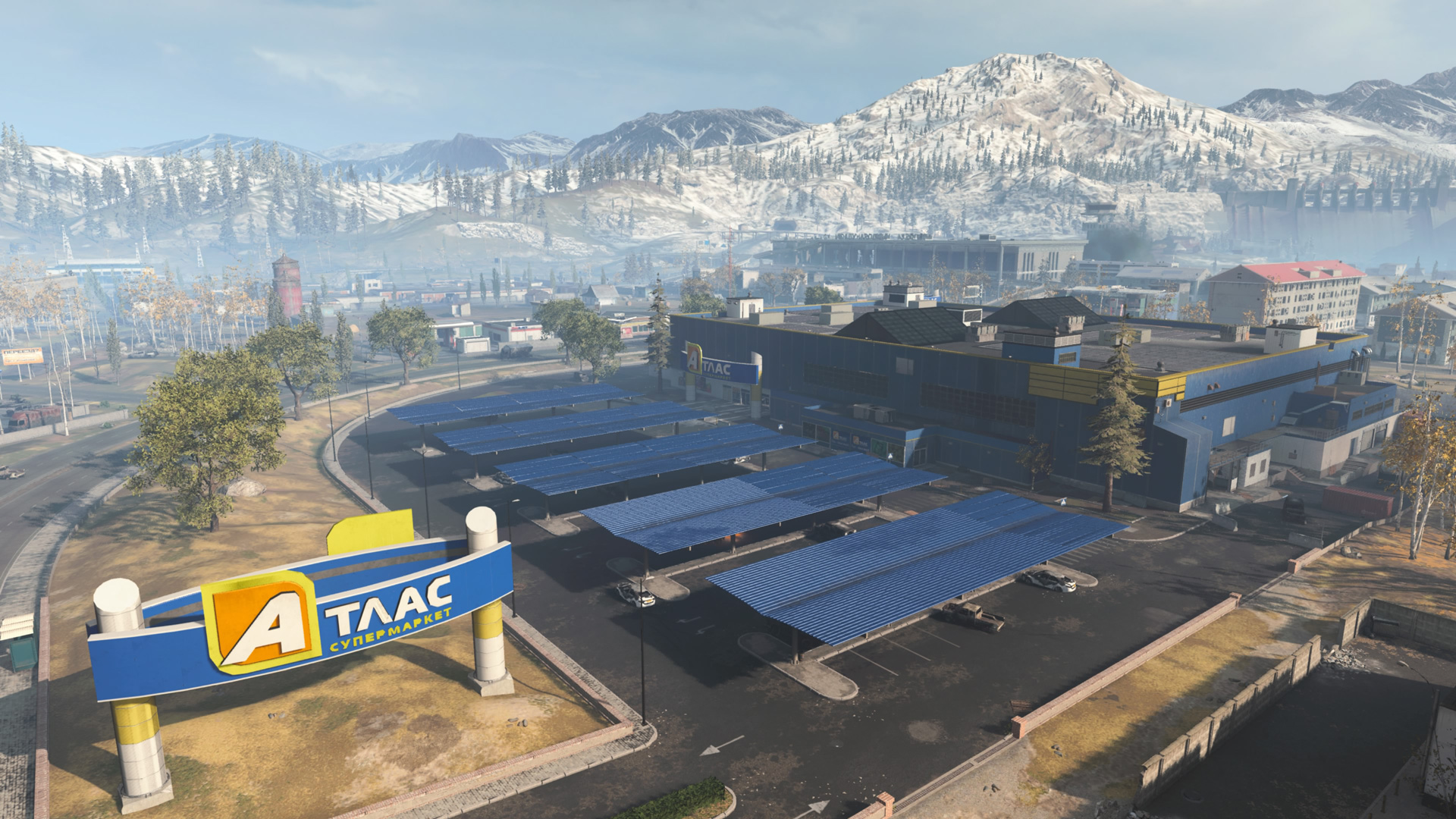 Superstore is maybe Warzone’s most popular and therefore chaotic drop.As for how best to drop in, the mechanics of dropping take time to master as the rhythm of cutting and reopening your parachute to hit areas with speed are unique to Warzone.

4. Figure out your favorite loadout

Getting your loadout is Warzone’s most critical feature. Again, this is subject to preference, but everyone needs to experiment and determine the guns and playstyle they are most comfortable with.

Unless you use multiplayer, leveling your guns up will take time (although speedier in Warzone’s Plunder mode) but is a worthwhile endeavor.

The general strategy is to run a first loadout with an Overkill perk (along with Cold-Blooded and Amped, although the latter is subject to preference) so that you can equip two primary guns and then get a second loadout to replace Overkill with Ghost (making you invisible to UAVs). 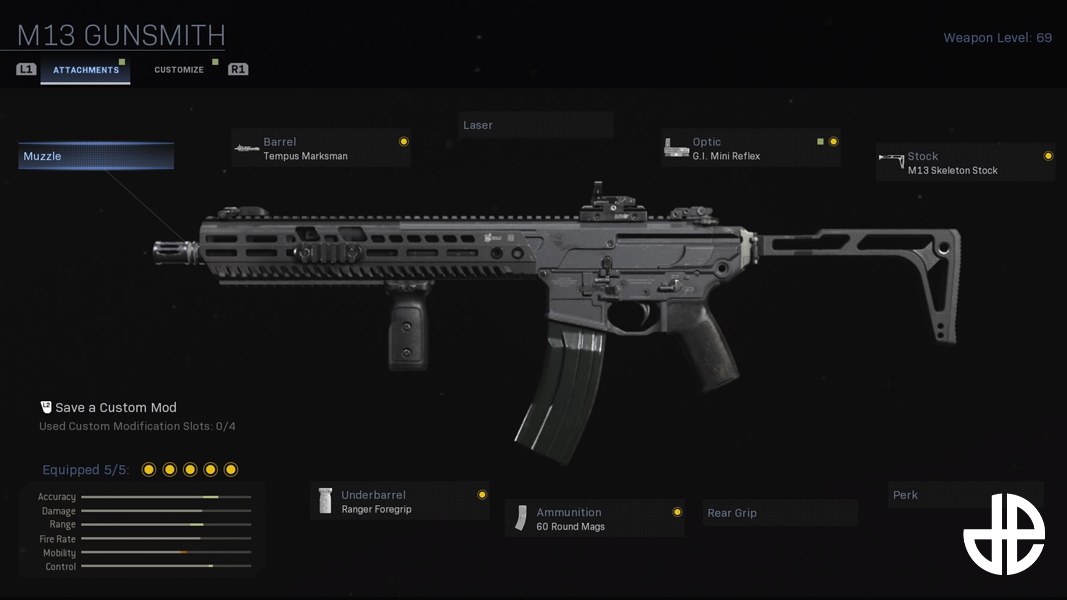 Players can get inventive with their loadouts, as some may prefer a kitted M13 over the more standard M4A1 and Grau.Most should run an assault rifle, with the Grau and M4-A1 being the most popular, versatile choices. For those interested in ranged encounters, the top snipers are the HDR and AX-50. And for SMGs, the MP7 and MP5.

But, guns are all preference and if you really want to cheese on the competition you can just run an RPG as your second weapon since it has yet to be nerfed and lets you put Ghost on your first loadout.

Getting third-partied is the bane of every battle royale’s experience, so ensuring you enter engagements on your own terms is a treasure. As important as drops are, planning your rotations sooner than later keeps you ahead of the gas and the teams it’s forcing in.

You can generally start lining out your rotation once you’ve decided on a drop point, but plans are subject to change depending on contract routes and enemy encounters. Most important is just that players decide how they want to begin moving into the next circle before their hand is forced by the gas. 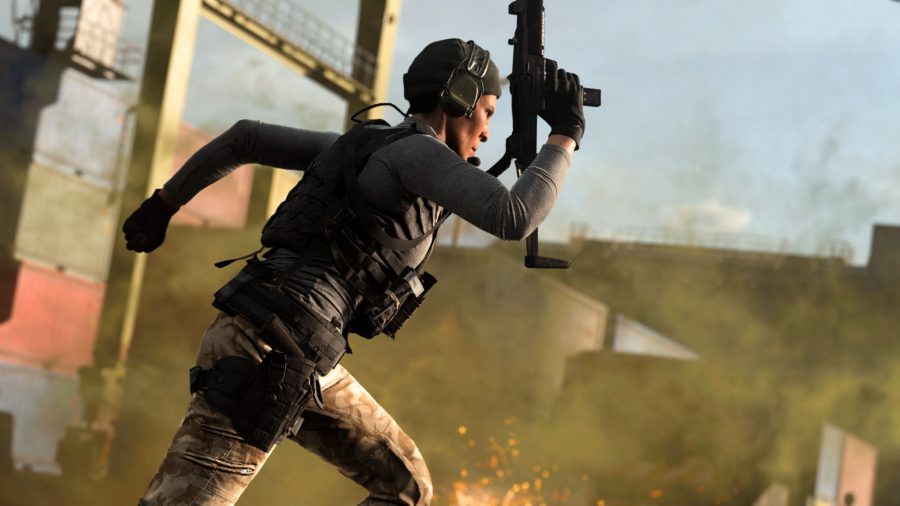 Rocking an SMG will let you run faster if you make your rotations through unideal terrain.Typically, you’ll either want to rotate early so that you can secure central, easily defended high ground before everyone else pushes in or you’ll elect to move in along the edge of the circle with the gas so that you can’t be flanked from behind as easily. Either way, the primary objective is to think far enough ahead that you, instead of ambushing opponents, are in control of your own destiny.

This obviously only pertains to players not dropping in solo, but communication is the key to success in team-based games. If you watch the top streamers, their comms are quick and effective. Yours should be too.

Teams want to move together, share resources and make useful call-outs. By communicating your intentions and pooling together your money and armor, you can ensure that your squad makes clean pushes with each member as equipped as they can be.

Pinging or calling out enemy locations or flares (indicating Recon contracts or Re-Deployments) are simple ways to prepare your unit for an advantageous vantage point. These interpersonal skills require map and game awareness, so they take practice to perfect—especially mid-combat.

The most obvious tip of them all is just to embrace the overused gaming mantra: “git gud.” Improving your map awareness and gunplay is all about practice so you should treat every game as an opportunity to learn and improve.

Whether it’s trying out mobility mechanics you may have seen streamers use to navigate the map or simply practicing each gun’s recoil and range, every match should be filled with conscious efforts to get better.

For your gunplay, in particular, the Gulag is your best friend. You may lose most of these 1 v. 1’s at first, but as time goes on your reactions and accuracy should improve. With how quick Call of Duty’s TTKs are, you’ll be confident winning outnumbered fights across Verdansk in no time.

Honorable mention: Do your research

Even without playing, you can get better at the game. Reading guides and tips like this are helpful, but watching streamers is the easiest way to learn by example.

To understand aggressive playstyles, you can watch someone like the Atlanta FaZe’s Preston “Priestahh” Greiner, who plays on console, runs an AR and SMG (or sometimes just an AR and knife for maximum speed) and has been a part of multiple world records for kills. For a more conservative, probably more effective style, you can watch someone like Vikram “Vikkstar” Singh Barn, who plays on PC, often runs an AR and sniper and has won three Warzone Wednesdays.

Of course, you can just tune into some different streamers to find personalities and playstyles you enjoy—then go ahead and check out the rest of our tips and guides for more in-depth Warzone analyses.