Here's Why Virtus.Pro Has Changed Its Logo and Jersey Colors - Dexerto
Business

Here’s Why Virtus.Pro Has Changed Its Logo and Jersey Colors

Virtus.Pro has unveiled an all-new color scheme for its logo and team jersey, and explained the reason for the drastic change.

The new purple and green coloring is part of the Russian esports organization’s partnership with the mobile telecommunications, MegaFon.

Beginning at the Dota 2’s The International 2018 all Virtus.Pro lineups across all games will represent their team in MegaFon’s brand colors. 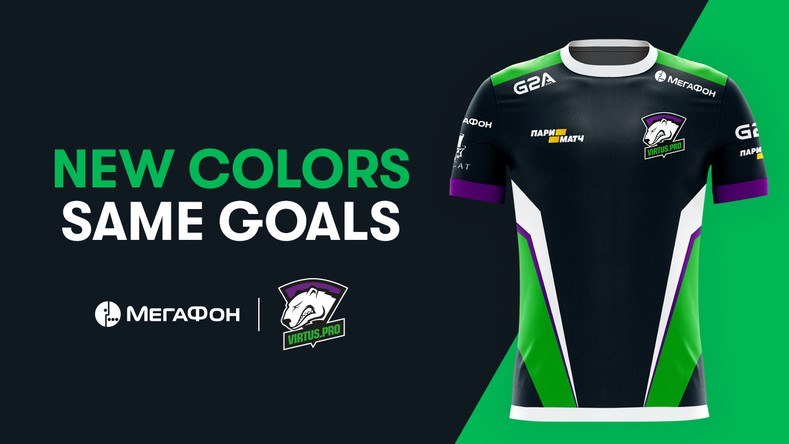 Roman Dvoryankin, Virtus.Pro General Manager, explained that the deal with MegaFon is hugee step in the right direction for Virtus.Pro and Russian esports as a whole:

“Our partnership with MegaFon is a crucial stepping stone for Virtus.pro and the entire Russian esports scene. As the level of a professional esports culture rises in Russia, an alliance with the country’s leading telecom company further empowers the rapid development dynamics. I’m pleased to see MegaFon choosing us as the undisputed leaders of the region amidst the ever-increasing global integration in our industry.”

Dvoryankin also hinted towards more major changes to the team’s image that will be coming in late 2018 to celebrate Virtus.Pro’s 15th anniversary:

“As early as November, in celebration of Virtus.pro 15th anniversary, we will reveal the changes to the team’s image starting from 2019 onward”.

The green and purple Virtus.Pro logo and jersey will be run until “the end of the year”.

With a strong following in the likes of Counter-Strike: Global Offensive and Dota 2, the new VP jerseys just might be treated like “limited edition” item and fly off of the shelves in no time.