The new CAR SMG was recently leaked in Apex Legends, but it seems that not as many players want it to be added as you might expect.

Unlike some other popular battle royale titles, new weapons have been few and far between in Apex Legends, with there only being three added since the game released back in early February.

That hasn’t stopped some from leaking, however, with Titanfall 2’s CAR SMG being among the latest to be discovered in back-end game files by data miners.

However, despite it being new content for the game, there has been a fair amount of players who would prefer it not to be added, based on the leaked details about the weapon.

Discussing the new gun on Reddit, quite a few users explained why the CAR should be put on the back-burner and the VOLT energy SMG (another newly leaked weapon) added instead. 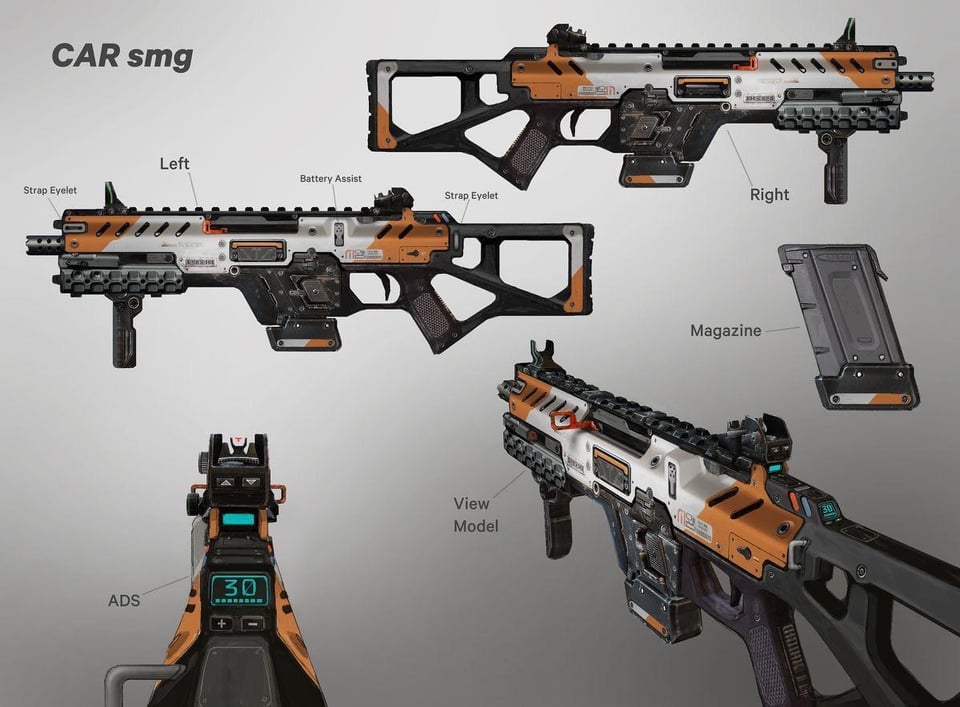 The CAR SMG as it was in Titanfall 2.

Is the new CAR SMG worth adding in Apex Legends?

One Reddit user, ‘_J3W3LS_,’ didn’t want the CAR added because it would add to an already “oversaturated” pool of weapons that use the same ammo.

“What ammo type, light?” the user wrote. “It would probably be a better R-301 and worse R-99 in an already oversaturated ammo type. Add the VOLT as an energy SMG before the CAR surely.”

“I agree,” ‘QRIO44’ replied. “When adding guns, they need to consider ways to change up the meta too, and if a gun is too much like the R-301 or R-99, it’ll be an underwhelming addition.” 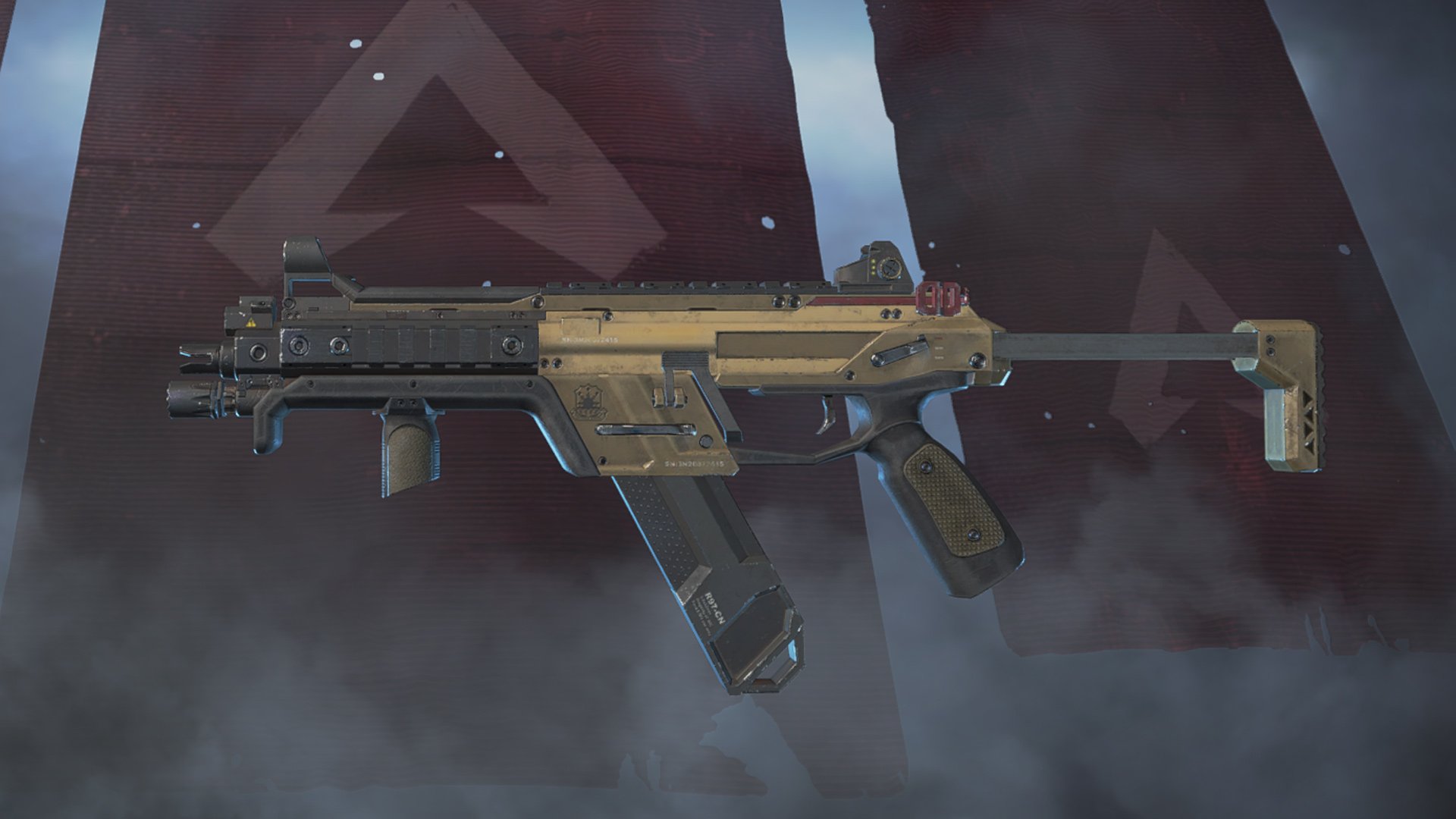 Players are concerned that the new CAR SMG would be too similar to the already-powerful R-99.

User ‘Omsk_Camill’ wrote a rather long spiel for why it would not be a good idea to add the CAR, as there are already too many weapons that have a similar function.

“We already have Alternator, R-99 and RE-45, which is for all intents and purposes R-99, but worse,” he explained. “Why does CAR need to exist when those three guns are already present in the game? What niche will it occupy?”

“I’d rather have Volt in the SMG class, or some other high-dps, slow-projectile energy weapon, basically L-Star lite, but common. Or something more exotic, like a low-damage high-firerate large-magazine light ammo LMG. Anything that has not been added already.” 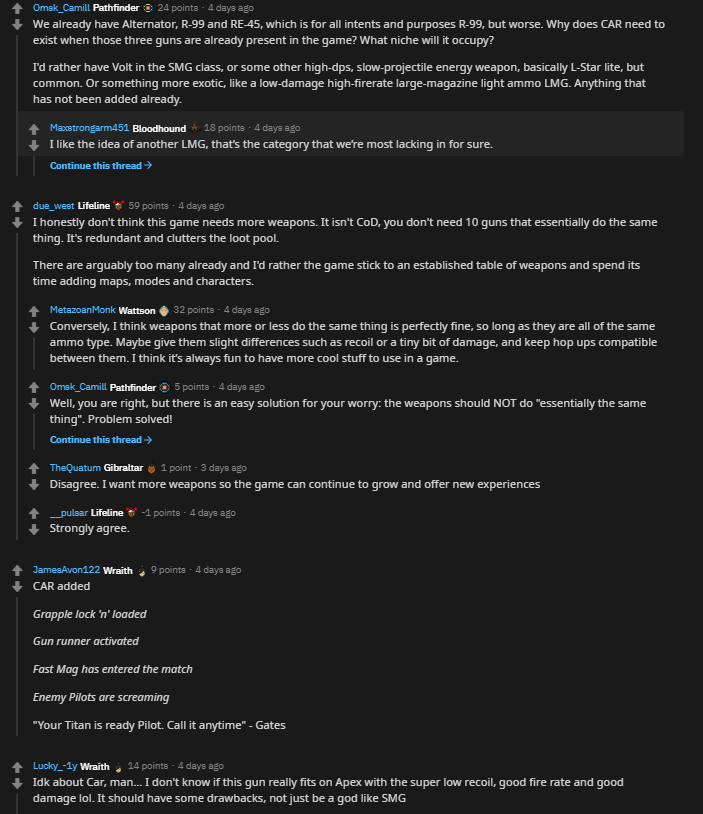 No matter which side of the fence you’re on regarding the CAR, there’s no doubt that this debate about whether or not it should be added is an interesting one.

There are certainly plenty of players who would rather it not be added, which could be why developers Respawn Entertainment haven’t been so keen on constantly introducing new weapons into their game.

Only time will tell whether or not the CAR, or VOLT for that matter, will be added in Apex Legends, and these comments could very well help Respawn make their decision moving forward.