Concepts for Mirage heirlooms in Apex Legends keep getting wilder

The heirloom sets in Apex Legends are extremely popular among players for their unique design and homage to the characters’ lore – and now the fan base are brewing one up for Mirage.

Respawn Entertainment launched their dive into heirloom sets with the launch of Wraith’s kunai that glows with a purple light around the edge. While there’s been significant backlash with the way players unlock the sets, they’re by far the one of the most sought after in-game items.

As the devs continue to develop their battle royale, players can expect more Legends in the roster to eventually get their own heirlooms seeing how Apex players are grinding hours on end to unlock them. 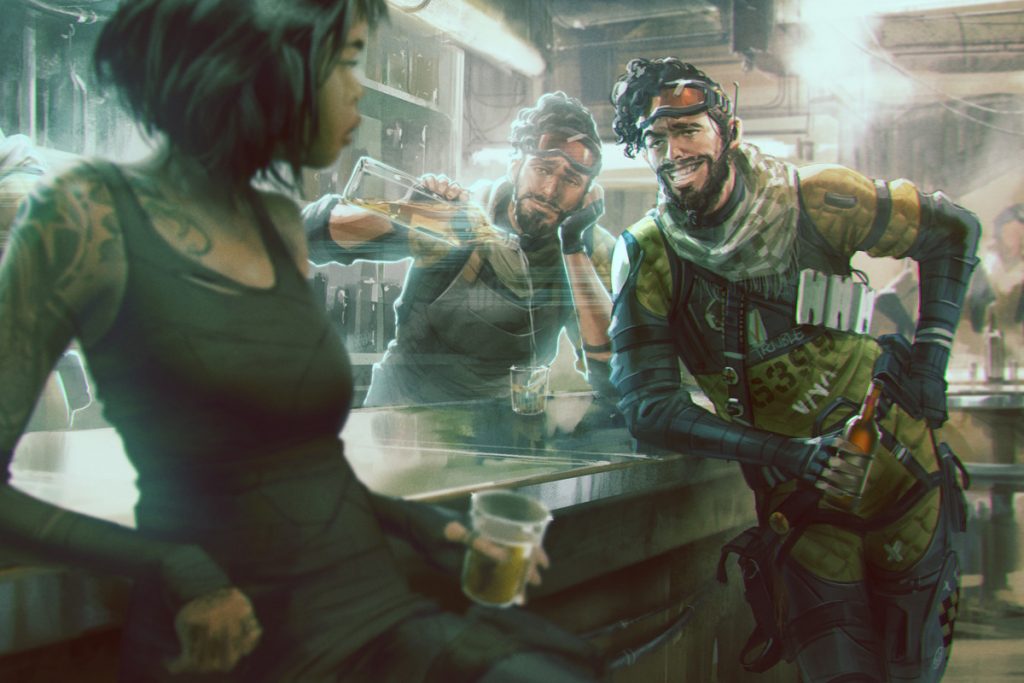 The APex Legends community are having a ton of fun conceiving the best heirloom set for Mirage.

In anticipation of a Mirage heirloom sometime in the future, the Apex community are dissecting Mirage’s rich lore to see what an heirloom set for the Holographic Trickster might look like.

As players know, Mirage has an unhealthy love for his special pork chop recipe – naturally making it fan-favorite to be included as a melee item.

Along with a slab of killer meat, Reddit user ‘AidanTayTay’ also included an intro and kill quip that pays respects to the secret ingredient in Mirage’s recipe – which popular YouTuber BingingwithBabish put to the test.

A little Mirage Heirloom concept I made. This took a lot longer to make then it should’ve. from apexlegends

There’s a lot of defining characteristics about Mirage which range from his quick sense of humor to his humorously vain personality.

To that end, people have been thinking that a more fitting heirloom would actually be Mirage himself.

In the Apex Legends Season 3 Meltdown launch trailer, Mirage can be seen briefly appreciating his collectible figure after picking it up from the ground due to turbulence.

It’s amusing to think about a Mirage chasing an opponent down with a figure of himself in his hand.

This interaction was all that players needed to conceive a world where Mirage would actually take that figure into action.

“I still like the idea of him having a miniature of himself more and it fits with his character and persona a bit more than using a porkchops that he loves to eat,” user ‘idontneedjug’ said.

Another player had a throwback idea of giving Mirage a butterfly knife comb, which he could whip and flip while going through the Apex Games.

“Personally, I think a cool heirloom for him would be a comb but like one of those butterfly knives combs that you can twirl around,” user ‘C_Williams25’ said. “It would be weird if you got killed by some dude with awesome hair and cool dance moves by getting smacked with a comb.”

If Respawn Entertainment ever think it’s time to give Mirage an heirloom set, then they’ll have no shortage of ideas thanks to the Apex Games community.