The next Heirloom Set to be released in Apex Legends may have already been leaked by data-miners, and it could be for the Pathfinder Legend.

They are extremely difficult and costly to obtain, making them the rarest cosmetics in the game, and are currently only available for three Legends – Wraith, Bloodhound, and Lifeline.

However, according to prominent Apex data-miner ‘Shrugtal,’ a fourth set could soon be on its way, and it would be for the Pathfinder.

An image he dug up from the game files in the back-end show the Heirloom to be a pair of brightly-colored boxing gloves that feature a smiley face and the word “POW!”

If this leak is legitimate, then there are several signs that point to it indeed being for the Pathfinder. For one, the overall design of the melee skin is very robotic, which would match the Legend since it itself is a robot.

Secondly, the smiley face located on the back of the hands is very similar to the one that’s usually shown on the Pathfinder’s chest display, and the word “POW!” falls in line with its usually enthusiastic and upbeat style of dialogue. 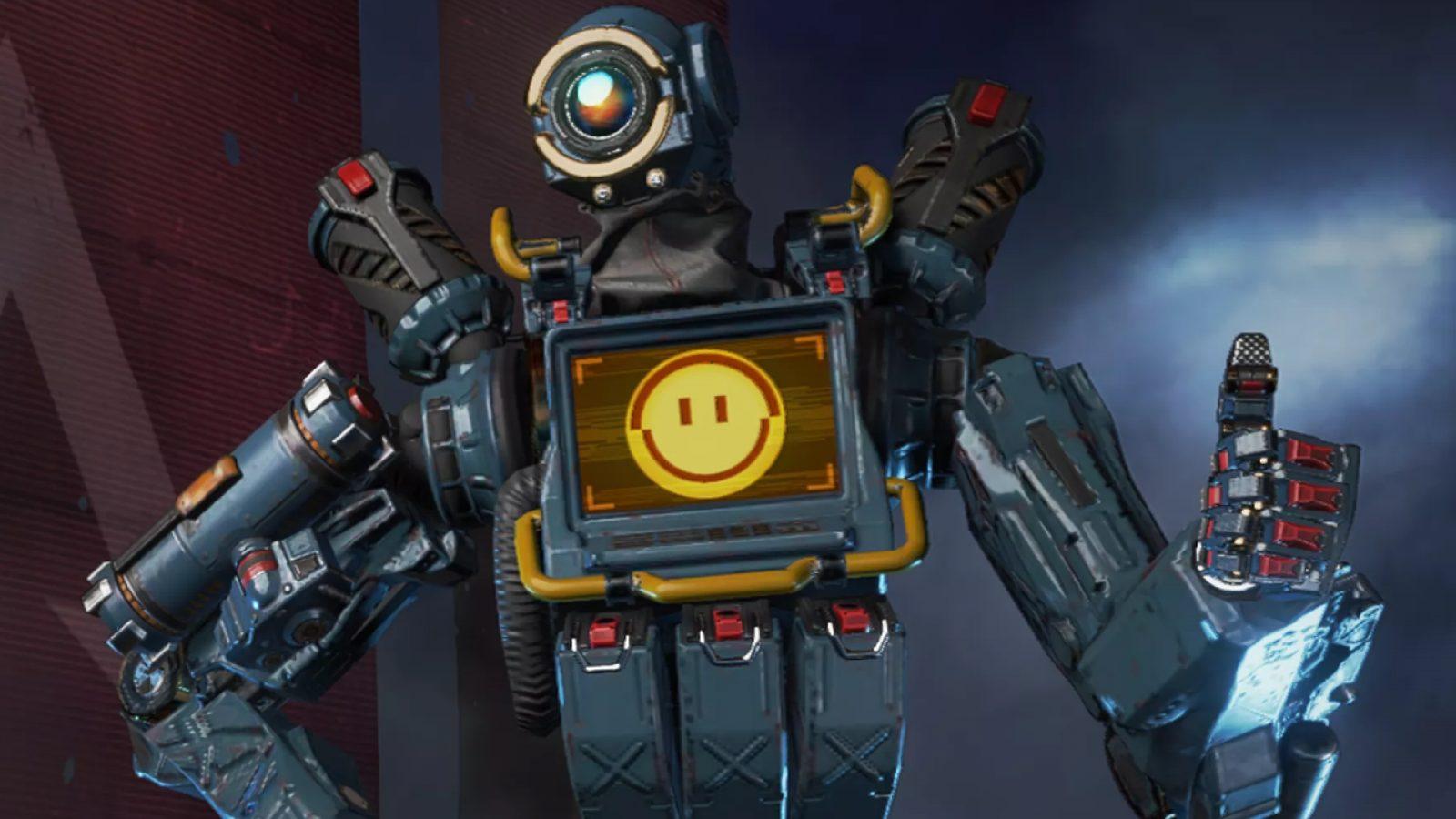 The smiley face on Pathfinder’s chest display looks a lot like the one found on the leaked Heirloom melee skin.

When would Pathfinder’s Heirloom set get released?

There is no definitive information available yet about the possible release date for this Heirloom, but we can look back at the release of the past two sets to try and figure out when the next one would become available

The Bloodhound’s Heirloom was released on August 13, at the start of the Iron Crown event, while Lifeline’s was released nearly two months later on October 15, which was the first day of the Fight or Fright event.

If this two month gap pattern follows, then Pathfinder’s set would become available sometime around December 13-15, which actually makes a lot of sense since the game’s winter event is rumored to be kicking off around that time and the two previous Heirlooms mentioned above were both released on the first day of their respective events.

Oh yeah and the Winter event badge but we already know that's happening from the dialogue entries I leaked a while ago pic.twitter.com/Z0dR0vXOHo

While all of this may be very exciting for those who play Pathfinder as their main Legend or are fans of collecting rare cosmetic items, it’s important to keep in mind that all of this information is based on a leak and speculation, so none of it will be official until Respawn Entertainment and EA themselves announce it.

That said, we will continue to monitor for more details about this Heirloom set as we move closer to the winter season, and we will bring you the latest info as soon as it becomes available.