ESPN are teaming up with Respawn Entertianment to bring a brand-new EXP Pro-AM competitive event for Apex Legends – here’s everything you need to know.

The ESPN EXP Apex Legends Pro-Am takes place just a day after their annual ESPY awards, commemorating a number of stars from the sporting world for their achievements.

Beginning on Thursday, July 11 at 8pm CT (6pm PT, 9pm EST, 2am BST on July 12), the competitive tournament is available to watch in a number of ways.

It will be broadcasted to both the Electronic Arts and ESPN esports Twitch channels – one found below – as well as being livestreamed on ESPN YouTube, Twitter, ESPN Player, ESPN Play, and WatchESPN.

Respawn Entertainment’s battle royale game has surged in popularity during the course of 2019 and now fans will be able to see a number of high-profile professional players, internet personalities, and celebrities pitted against one another in Kings Canyon.

A number of details have already been announced about the event so far, including the fact that the winning trio will be donating $25,000 to the V Foundation for Cancer Research. So, let’s take a look at when it will take place, where you can watch it, participants, and more. 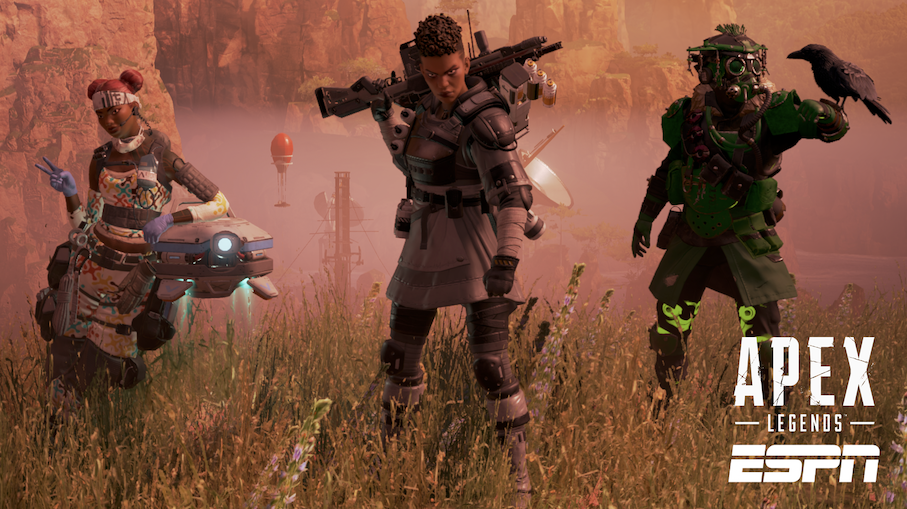 Who is playing? Dr Disrespect, dizzy, NFL stars and more

As noted earlier, there will not only be professional Apex Legends players getting involved in this competition, but a number of mainstream names will be jumping into Kings Canyon as well.

Just to name a few, Dr Disrespect, WWE’s Xavier Woods, NRG Esports’ Coby “dizzy” Meadows, All Elite Wrestling’s Kenny Omega, and many others have already been confirmed for the event. Now, let’s take a look at the full list below.

The ESPN EXP Apex Legends Pro-Am will break this huge participant list up into teams of three and they will all compete against each other in three rounds of battle.

Official teams are still yet to be confirmed by organizers but further details will presumably be made clear to fans when the tournament goes live.

We’ll continue to update this article if there are any changes to the participant list or – for example – a set of rules and scoring systems are announced before it takes place. Until then, enjoy some games of your own in Apex Legends.