Nothing is more satisfying than seeing a hacker in Apex Legends get the justice they deserve, and the moment the banhammer struck was perfectly caught during a live Twitch stream.

Respawn Entertainment has been hit hard with problems surrounding their popular battle royale. From players getting constant “code: leaf” errors to an insane amount of hackers throughout matches, the devs have a lot of work to do to tame their servers.

But not all is without hope as the Apex Legends creators have been working hard to keep cheaters from ever connecting to another game again with their impressive banning spree that’s still going strong. 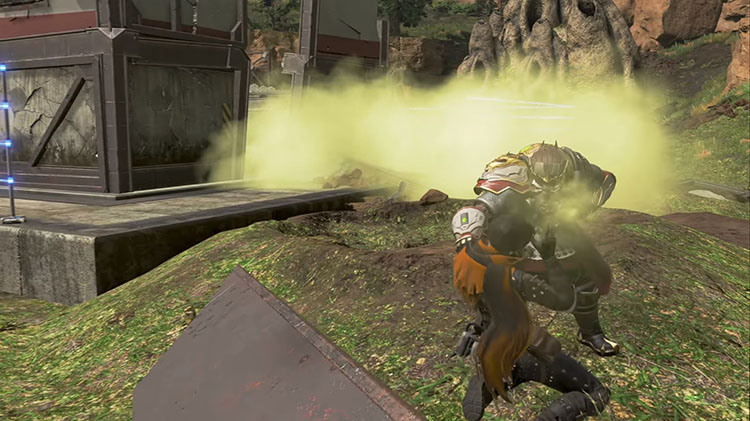 Ranked matches in Apex Legends has been suffocating to play with hackers on the loose.
[ad name=”article2″]

In a satisfying clip from streamer ‘ShivFPS,’ a hacker and their squad made it down to the final six squads in their Apex match.

Earlier in the stream, Shiv and his team were actually putting up a good performance against multiple squads before coming face-to-face with the cheating team when a firefight broke out in Bunker.

After a short-lived chase, the hackers were able to track and eliminate Shiv and his team. While the streamer was convinced of their hacking ways, he stayed to view “waigai72” so his stream could see for themselves.

Read More: Dizzy and Ace save shroud with genius move in Apex Legends after he goes AFK

As expected, players in that squad were finding players and breaking shields with incredible ease. Then there were the various pinpoint accurate shots from long distances that plainly showed that they were cheating.

Though it didn’t seem like Shiv was ready for what happened next, as the hacker he was spectating was in the middle of a gunfight when he suddenly vanished from the game, transferring viewership to another member in the squad.

The streamer was hyped to see the immediate justice unfold before his eyes as his stream’s audience echoed the same emotion spamming “Justice” and emotes in his Twitch Chat.

Apex Legends are banning players by the thousands

Back in May, Respawn Entertainment revealed a staggering number of players that have been banned for hacking.

While the Apex community still find more cheaters everyday, Respawn had at one point banned 770,000 players found to be hacking in the battle royale.

Playing against cheaters is frustrating, but finding and reporting them could lead to some more epic justice like ShivFPS found in his game.