Apex Legends may be a relatively new title on the market, but players have already begun to attempt world record scores while playing the battle royale game.

Respawn Entertainment released Apex Legends on Monday, February 4, and have seen immediate success, with over 25 million people playing the game in the first week of its release.

While many players have already secured victories on the game, not many will have won a game with as many eliminations as this triumphant trio, who set a new world record in the process. 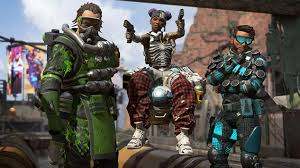 Apex Legends players team up in squads of three and attempt to be the last one standing.

On Monday, February 11, a team of Apex Legends players consisting of Scubby, SHAFFER and ssjfpsTV entered into a game on King’s Canyon, aiming to secure a victory, and possibly a new record.

The squad completed their goal, winning the match with ease, and doing so by killing 41 enemy players throughout, becoming the first team to smash through the 40 kill barrier.