Apex Legends Season 4: Assimilation is launching on the one-year anniversary of the game’s launch, and there’s a lot of new content packed in to celebrate. Here’s everything you need to know about the Season 4 update and the patch notes.

Headlining the update is, of course, the new legend: Revenant. Every season there has been a new playable character added, and this time Respawn has gone all out in the build-up, with lots of lore and teasers in anticipation.

In fact, they first announced Forge instead, but Revenant killed this character in cold blood to steal his spot in the Apex Games. As for the future of Forge, that remains to be seen, but for now, he’s definitely dead.

Revenant is the new legend for Season 4 – not Forge.

Revenant is known as a ‘Synthetic Nightmare’ and is a simulacrum. Simulacrums are robotic, but, unlike Pathfinder, they have the “consciousness” of a human, making them even more deadly. He used to be human, and a deadly hitman, but now he wants revenge against his creators.

His abilities were shown off in the Season 4 gameplay trailer, which are now confirmed as Stalker (Passive), Silence (Tactical), Death Totem (Ultimate). See how they work in the patch notes below.

We also got to see his backstory in the cinematic trailer. Most interesting about this trailer though, was the young girl, who some believe could be a hint at another legend, Rosie (aka Loba). 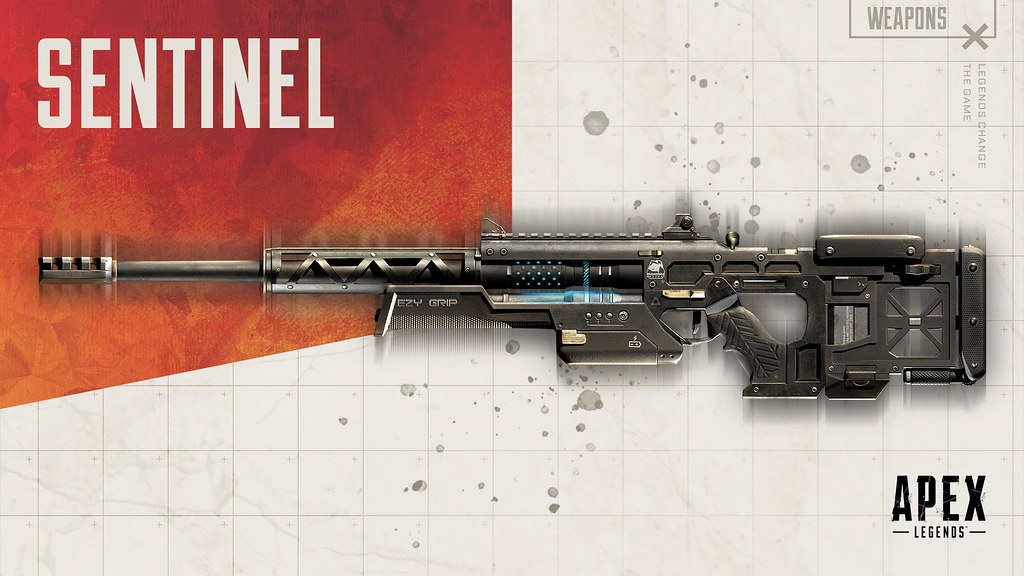 As a new weapon for this season, Respawn is adding another sniper rifle.

This bolt-action sniper rifle is especially effective against shields, and you can “consume a shield battery from your inventory to charge your shots for an extra, incisive punch.”

A new Planet Harvester from Hammond Robotics has been added to the map, and more lava is flowing due to the fissure at Capitol City.

There’s also a new ‘survey camp’ near Skyhook, kitted out with weapon racks so you can pick the firearm of your choice. Expect hot drops here!

For more competitive-minded players, Respawn is making some major changes to Ranked mode for this season. Most significantly, Kings Canyon will be making its glorious comeback, but not until the second ‘split’ of Ranked Series 3, starting in March.

Kings Canyon is coming back, but not until March 24.

Rankings will be given a “soft reset” halfway through the season, and there’s also a new “master tier”, which will slot in between Diamond and Predator. Read more about all the changes to Ranked Play here.

There is also be a new battle pass, with 110 tiers of items. Respawn has improved upon their battle pass season-on-season, so this will hopefully be the best yet. It includes Legendary skins, Apex packs, Loading Screens, Music Packs, and more.

Over 100 exclusive items including Legendary skins, Apex Packs, Loading screens, Music Packs, and more! Check out everything in the Season 4 battle pass here.

Consumed by hate and obsessed with revenge, Revenant uses unnatural abilities to haunt his enemies and defy death.

The Sentinel has a limited amount of energy that decays slowly over time, and loses a big chunk of juice for each shot. Once the energy runs out, the energized state ends.

Our main goal for a map update, on the design side, is to get players to make new decisions.

By the end of a season, you probably have your favorite spot, or spots, to land. You might prefer to rotate out of your drop location in a certain direction which in turn makes a lot of your games feel similar as the season progresses.

Our goal as Designers is to offer new ways for you to approach the game, and in this case the map, so that each drop, rotation, and gunfight feels as fresh as possible. Here are a few things we’re doing in Season 4 to hopefully help achieve that.

You can read the full details of the changes in our blog here and you can check out the highlights below:

With its large, multi-level design the Planet Harvester is unlike anything else on World’s Edge and brings exciting new gameplay options to the game.

Capitol City was the biggest POI in Season 3, getting the most action right out of the ship. By sending the fissure straight through Capitol City and creating some dead space in between (swallowing up one of the construction buildings as well), we essentially split this area into two separate zones for players to land in and loot: Fragment East and Fragment West.

If you jump into the fissure that cuts through Capitol City you’ll slowly be carried back up from the heated, pressurized air, and allowed to coast across and land on the other side. This is balanced by two things. First, you take 25 damage from the intense heat and embers floating inside. This is a consistent amount of damage every time you drop back down. Second, you travel very slowly, in third person, while moving in the updraft.

This is a new, small POI in the snowy fields between the Epicenter and Skyhook.

These are guaranteed weapons placed on racks in the small buildings of Survey Camp. You’ll recognize them from Training or the Firing Range. This should give players who prioritize a good weapon over a premier drop location a new decision to make.

For all the info on what’s changing for Series 3 check out our blog. Highlights below:

The Loyalty badge comes in 3 different flavors depending on when you took your first leap from the drop ship, so feel free to flex on all your latecomer buddies.

Designer Notes: Our goal here is to create a deeper, more balanced long range meta. Since snipers shared ammo types with SMGs and LMGs, there wasn’t a great way to put ammo scarcity on sniper rifles without really penalizing the more ammo hungry weapons that used the same ammo type. So for Season 4 we’ve added a new class of ammo that only applies to Sniper Rifles that we hope will have players being careful about the shots they take and limit how long they can pressure targets at long range before having to reposition.

ENERGY AMMO: Now gives 30 ammo per pickup instead of 20. Most ammo players pick up comes from packs that spawn next to energy weapons on the ground. Now that there are only 2 energy ammo weapons in Apex, we needed to up the ammo per brick to keep energy ammo from being too scarce.

REMOVED LOOT: The following items have been removed from the game: Turbocharger hop-up Extended mags for energy ammo [this change went out earlier than intended in the last update and should make sense with other changes in this patch but we wanted to include it here as well for players returning for Season 4 that were not aware].

GOLD BACKPACK: UI update to better convey to the player when they are using or being revived with the perk.

Designer Notes: We want to shift up what weapons are the strongest. Also, we’re aiming to reduce the power of some weapons that seem too strong and give a little boost to some weapons that haven’t been performing as well as we’d like.

UPDATE TO IRONSIGHTS ACCURACY Apex guns move around subtly while ADS — they rotate and sway as you move your aim, they bob up and down and side to side while moving, etc.

We have special tech that makes sure the reticle on the optics stays centered even as the gun moves around a bit. However, until season 4, the ironsights on weapons didn’t have this tech. That meant that the ironsights reticles could move around with the weapon and actually be slightly inaccurate — they wouldn’t point at the screen center where the next shot would fire. With season 4, we have updated most of the weapons’ ironsights to properly stay centered now. Not all ironsights are upgraded yet, but we will be updating the remaining weapons as this season progresses. The weapons that will be updated for Season 4 are:

Designer Notes: The Devotion was chosen to go into the crate for a couple of reasons. Mainly 1) it is an energy ammo LMG, and so is the L-STAR and 2) data shows us that a fully kitted Devotion is actually one of the strongest weapons in the game, and could work at crate power level. Removed from normal loot pool and is now a crate weapon.

Designer notes: With the removal of turbocharger, we wanted to buff the base havoc. Most notably, we are reducing horizontal recoil and making it easier to control.

The following will be the new set of Gold Weapons for Season 4:

Downing (not killing) players adds 5 seconds to Beast of the Hunt timer. It is possible to exceed starting time with successive kills.

Some player are experiencing an issue where Apex is crashing with a “DXGI_ERROR_DEVICE_HUNG” error message. We are working closely with NVIDIA to help determine the cause of the issue and provide gamers with a solution (via updated driver or game patch) as soon as possible.

With this patch we’ll be pushing out changes globally to matchmaking that we’ve been testing in specific regions. We’re well aware that this has been a contentious topic among players and there’s been some misinformation out there so just to be clear: skill-based matchmaking has existed in Apex since launch and we’ll be continuing to improve it over time.