The anticipation for Revenant is at an all-time high with the new Apex Legends Season 4: Assimilation gameplay trailer giving fans a first look into the upcoming character’s abilities.

Respawn’s launch trailer for Season 4 showed the upcoming assassin in action on the new tattered World’s Edge. The moment Revenant appeared on screen, the tone of the Hammond Robotics ad turned to a nightmare hellscape view that World’s Edge will transform into for the upcoming season.

While there isn’t a confirmed list of the Legend’s abilities just yet, all three were put on display in the trailer, coinciding heavily with what had been previously leaked.

Revenant summons a totem that could shield a team from instant death.

In the trailer, Revenant can be seen throwing down an ominous-looking totem, most likely his Death Recall Ultimate Ability, which “protects anyone who uses it from death. Instead of getting killed or downed, you’ll return to the totem with 20 health,” according to leaks.

After passing through the totem, a virus-like effect covers the edge of the screen – similar to the one people saw when playing as the Shadow faction from the Shadowfall LTM in the October 2019 Fight or Fright event.

The ability is perfect for setting up a zone to attack.

Immediately after throwing down his Ult, Revenant follows it up with his Tactical Ability – projectile emanating from the top of his left forearm. This definitely looks like it could be the Poison Bomb, a lethal object that inflicts damage and a slowing effect on anyone in the area.

The final build-up to Revenant’s attack is his Passive Ability, called Infiltrator, which lets him “climb walls higher and crouch walk faster.” While we didn’t get to see the full climb, it seems like the nefarious Legend was easily making his way up the building’s side without nearby ledges to reset his climb.

Players also got a glimpse of this ability in action when he scaled the side of a glass-lined building during last week’s launch trailer. 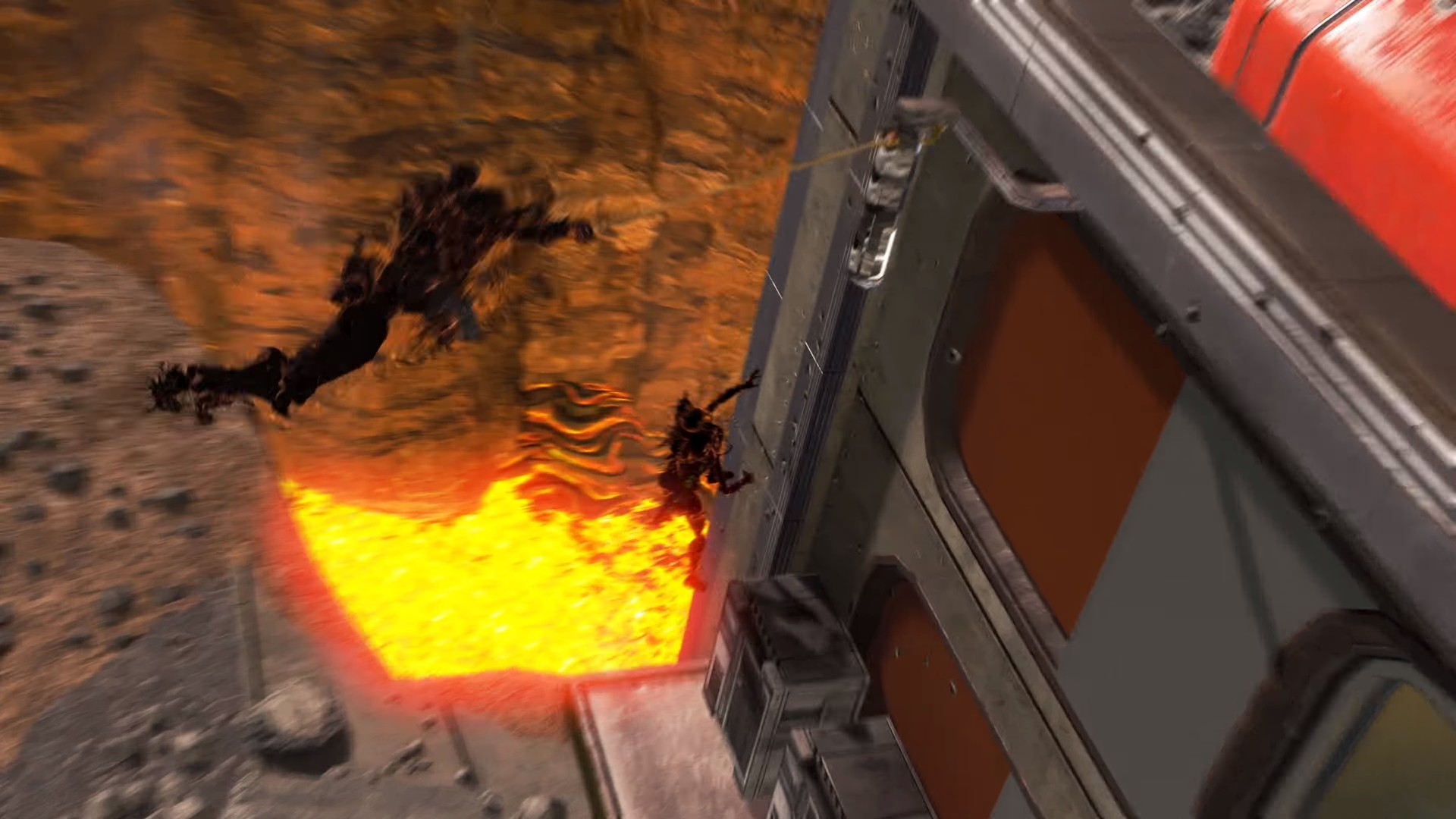 Revenant can be seen scaling a large distance before getting to the top of the building.

So although Revenant’s abilities haven’t been technically announced or confirmed yet, it’s pretty evident that Respawn ended up sticking to what they had originally planned way back when the leaks about the Legend began to surface.

Players will be able to try Revenant for themselves once Season 4 launches on Tuesday, February 4.