Respawn Entertainment has unveiled the official trailer for Apex Legends Season 4: Assimilation, which included a first look at some of the new outfit skins and weapon camos that will be available in the Battle Pass.

Apex Legends players have already been getting hints and previews for what’s to come in Season 4, which kicks off on Tuesday, February 4.

Following the official launch trailer for the newest legend on January 30, Respawn gave fans an early look at some of the cosmetics coming for the Season 4 Battle Pass.

There were three named skins included in the Battle Pass portion of the Season 4 gameplay video, one each for Wraith, Lifeline, and Wattson. 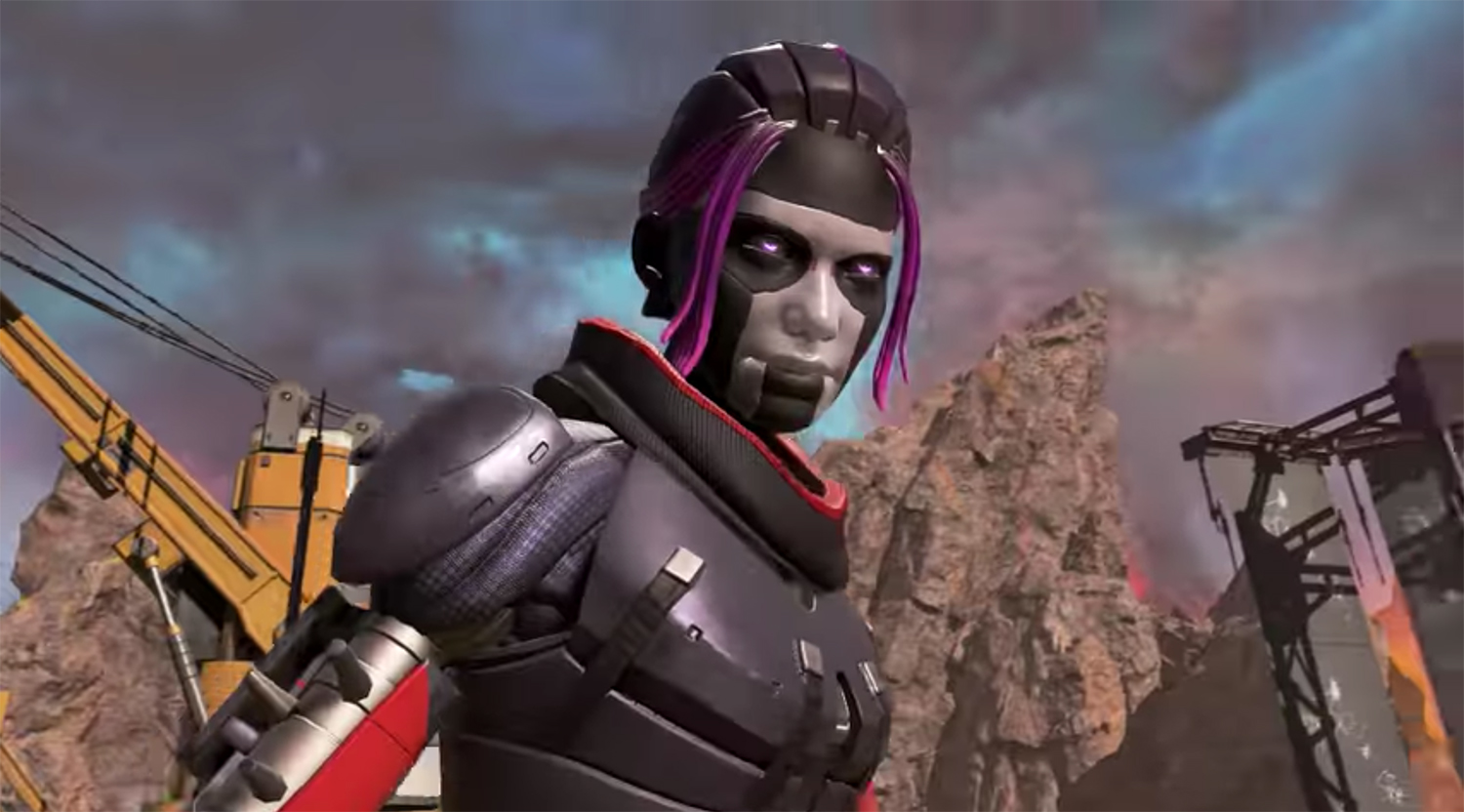 The skin itself definitely seems to be inspired by Apex’s newest legend Revenant, giving Wraith robot limbs, glowing purple eyes, and cables where her hair would be if she were still human.

The picture below, also for the same skin, includes a fiery weapon camo that could also be featured in the Battle Pass, although Respawn didn’t confirm that in the trailer.

Wraith definitely seems to have some cyborg “upgrades” in this skin.

Sticking with the cyborg theme for the debut of Revenant, Lifeline also gets a few cybernetic enhancements on her neck, but she hasn’t gone full robot like Wraith. 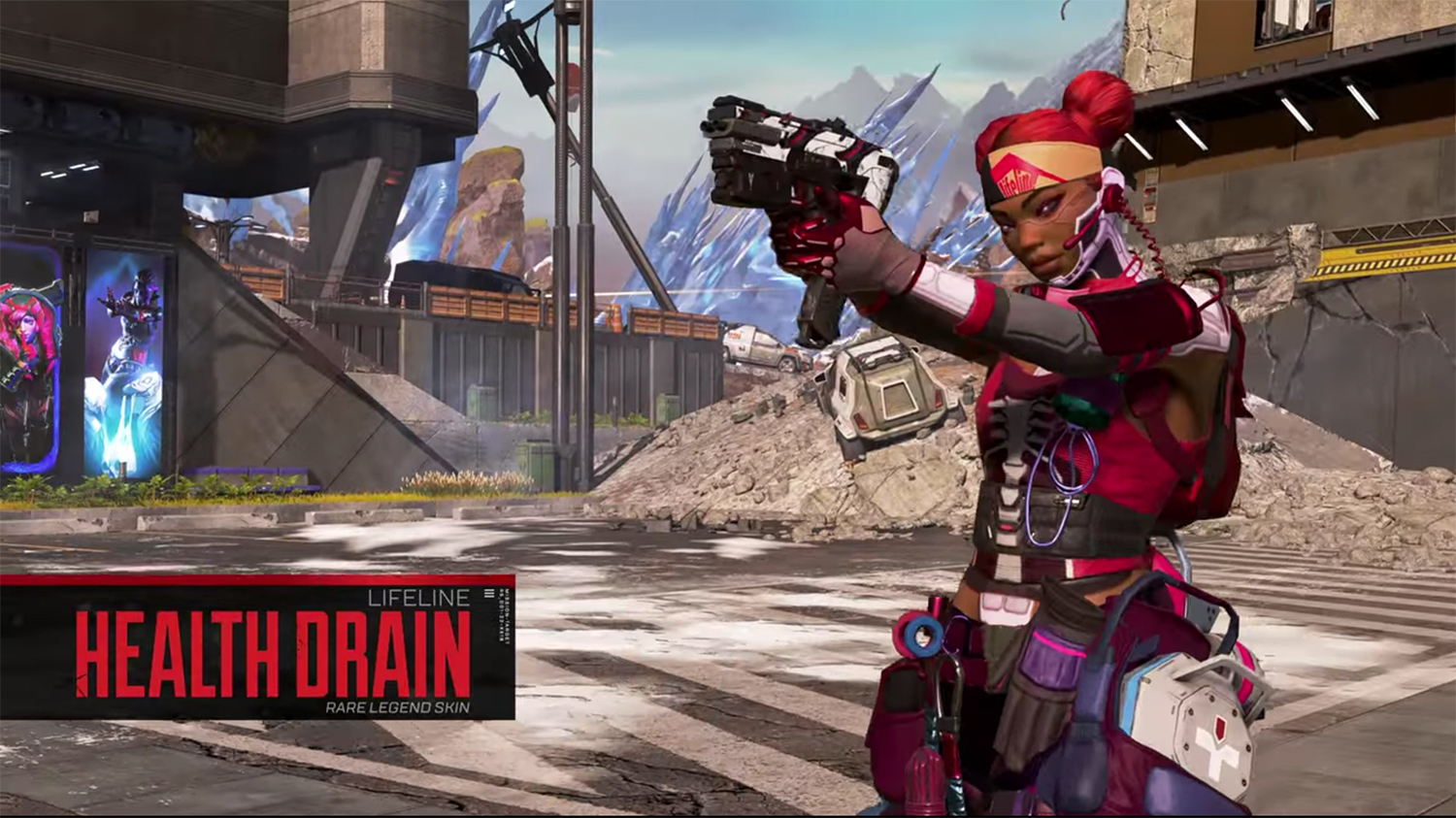 The final named skin is for Wattson, called ‘Cyberpunked,’ doesn’t make the legend completely into another bot, but it does give her a cool leather jacket and even an eyepatch.

Her legs have been replaced with what definitely seem to be robot legs though going along with Revenant and the “Assimilation” theme for Season 4.

Wattson would fit right into Cyberpunk 2077 with this skin.

Along with all of the named Battle Pass skins for Season 4, a number of other skins were previewed in the Feb 3 trailer as well, but it’s unknown whether or not they’ll be included in the Battle Pass

At the beginning of the trailer, we get a brief look at a startling white Crypto skin that makes him resemble one of the droids trying to kill Will Smith in “I, Robot.”

Crypto could also pass as a Borg from Star Trek with this look.

Towards the end of the trailer, we get a good look at skins for Caustic and Revenant before they take out the cameraperson.

Caustic’s green getup seems to be reflective but Revenant’s goat-headed horror of a skin is sure to stick around in your nightmares long after he takes out your squad.

The last thing anyone will want to see during Season 4.

Along with the legend skins, there were also a few previews for upcoming weapon camos as well, but like the unnamed skins, it’s currently unknown whether the camos will be included in the Battle Pass.

A clean, white R-99 skin was shown off, along with what looks like an adorable little Nessie charm. The other weapon camo was an orange one for the Devotion LMG.

White R-99 (with included Nessie charm).
The Devotion’s camo is orange and black, and may have a glow effect.

Judging by how many quality outfit skins, weapon camos, and other cosmetics skins it will contain, on top of the other bonuses and perks, it’s safe to say that purchasing the Battle Pass will be well worth it.