Apex Legends players looking to improve their game now have an invaluable tool to help them track and decipher what aspects of their playstyle can be improved on.

Respawn Entertainment’s battle royale features various loot items and massive combat hotspots throughout its map, so navigating through King’s Canyon can be a daunting task for some of the more inexperienced players.

While finding the best drop zones in Apex Legends is ideal, there’s also optimal pathing, best weapon loadout, and more to consider when trying to earn a Champion’s screen in a lobby of 20 teams. 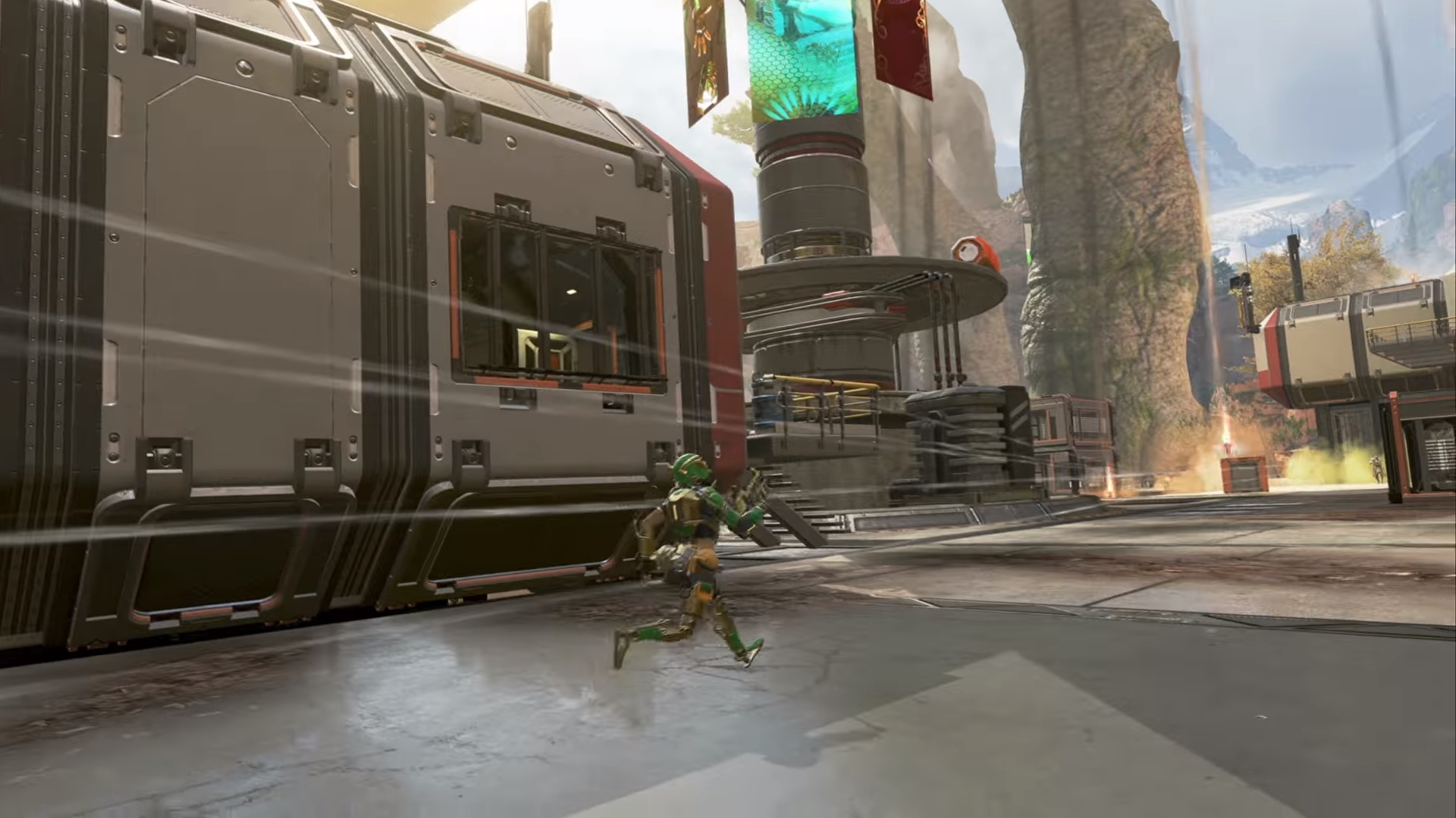 Sometimes a better game in Apex Legends is finding the best pathing to avoid lose-lose engagements.

A new tool called Overtrack by Reddit user ‘ZYy9oQ’ lets players see an in-depth review of their matches or the events and actions from games with popular streamers like ‘shroud,’ ‘Mendo’ and more.

By using an application called Computer Vision to capture “second-by-second” screen captures, players can get a beat-by-beat analysis of everything that went down in a player’s game.

“The program tracks almost everything about a match including second-by-second map location, current weapon, and knockdowns as well as kills, and results,” ZYy9oQ said. “It works by capturing your screen at 1 second intervals and using Computer Vision to extract the relevant information. At the end of each game, it uploads the processed frames to the server, and within seconds has the tracked game ready to look at.” 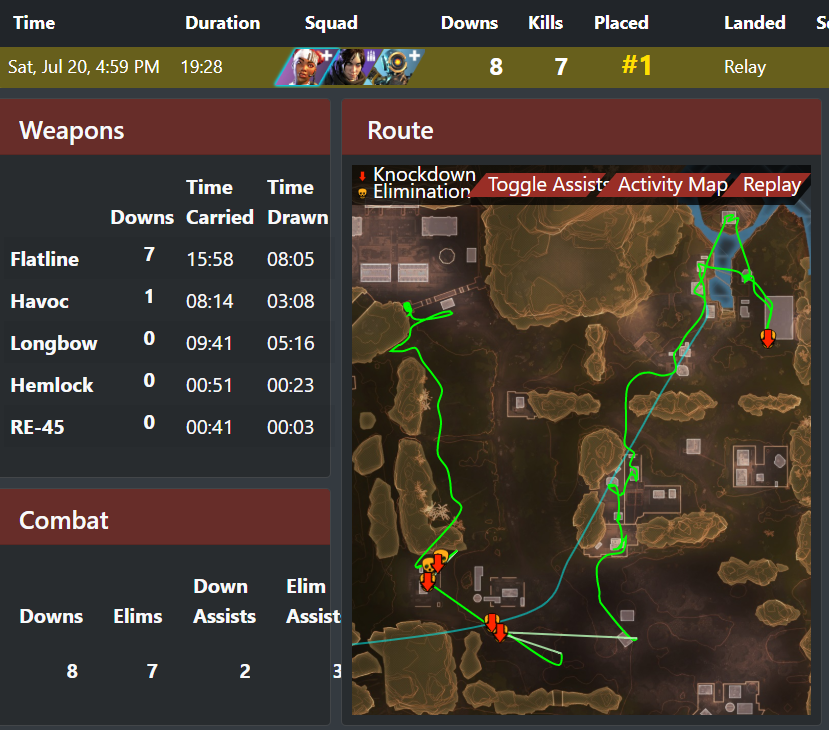 An in-depth look at one of shroud’s latest Apex Legends games that ended in a win.
[ad name=”article3″]

From knockdowns to kills and even map routes taken to weapons used, Overtrack can be a tool for players to take notes on what they can be improving whether it’s the loadout they take into combat or tacking paths less traveled to loot up their squad.

While it might not be the flashiest of apps, the tool has an awesome interactable map that lets players literally see how Apex Predators like shroud make their way around King’s Canyon. 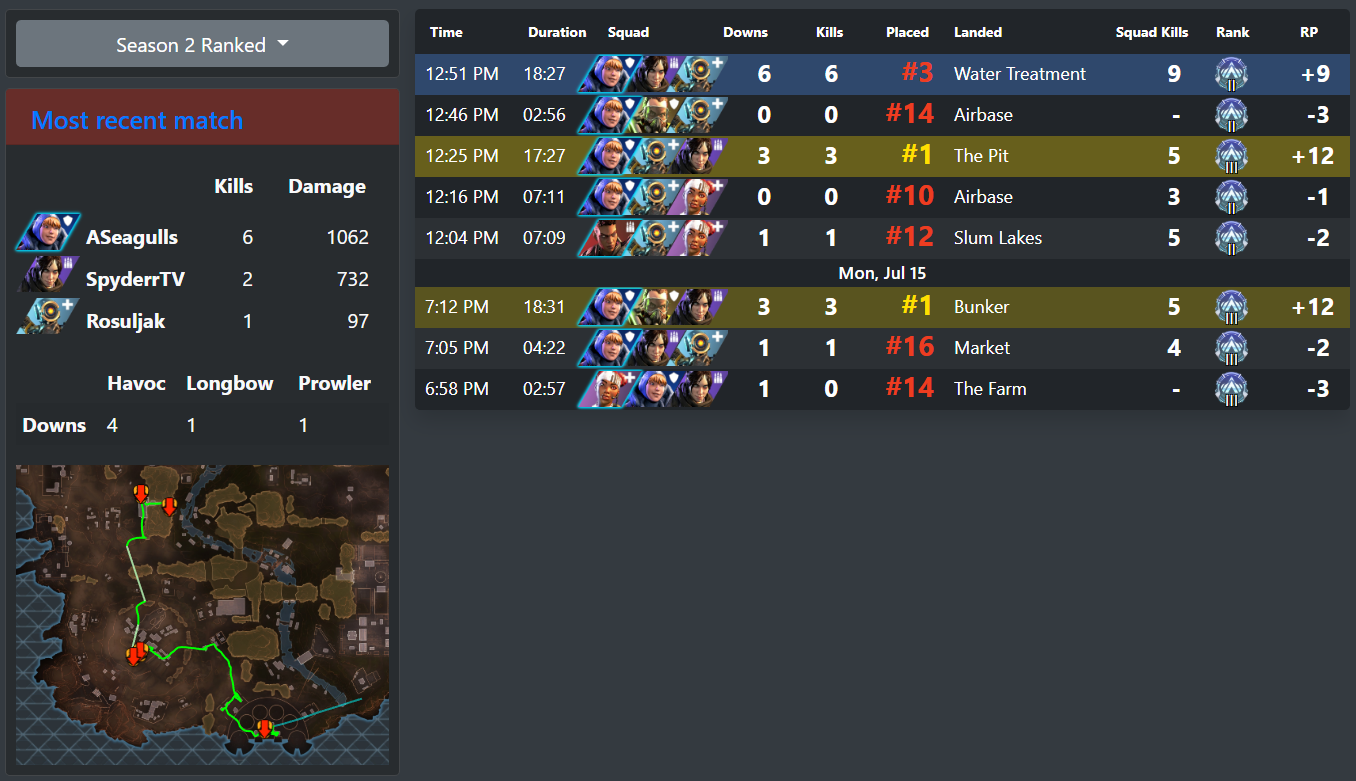 The history of games tracks +/- Rank points, squad kills and even landing spots for a given match.

How to use Overtrack in Apex Legends

Players would need to download the OverTrack client which will start to record and process “a screenshot every second” when in use.

After that, players will need to set the game to English with a 16:9 aspect ratio in order to enjoy a history of their recorded matches and see how they can avoid constantly getting killed in the opening seconds of a match.

Hopefully the tool can be a great resource for Apex Legends players looking to climb the ranks of the highly competitive player base.